Jason Thompson gives it another go with the Sacramento Kings

Thompson returns for his seventh season in a Sacramento Kings uniform

Since being taken with the 12th overall selection in the 2008 NBA Draft by the Sacramento Kings, Jason Thompson has played for five different head coaches and more than 70 different teammates.

That means starting over five times.  It means fending off countless big men brought in to steal his starting job.  It means frustration and anguish and very little payoff.

He has seen multiple relocation attempts, an ownership change and a complete front-office overhaul.  Thompson has never made the playoffs, nor has he ever won more than 28 games in any of his six seasons.

But at age 28, Thompson is 59 games away from becoming the Sacramento Kings all-time leader in games played.

“Through all the situations, I didn’t think that would be a mark I would break,” Thompson said of the potential to be the Kings leader in games played.

Like every other season, Thompson is lost in a overcrowded frontcourt.  If he hopes to play, he needs to beat out Carl Landry, Reggie Evans and rookie Eric Moreland at the power forward position.  If he wants to play serious minutes, he has to show that he is also a better option at the position than forwards Rudy Gay, Derrick Williams and Omri Casspi.

Thompson showed up to camp in incredible shape, but he does that every year.  At 6-foot-11 and 250 pounds, Thompson used the offseason to lean down, while adding a tremendous amount of upper body strength.  He doesn’t even resemble the player that came out of Rider University six years ago.

“I can only control what I can control,” Thompson said.  “I know that I’ve gotten stronger.  I’ve gotten faster and quicker and gotten better, and that’s most important thing.  That’s what I have to show and then let everything else handle itself.”

Thompson looks hungry, and he looks ready to run.  Outside of playing defense and rebounding the ball, the quickest way to win the heart of his coach is to show that he is ready for the Kings’ new uptempo offense.

“We’re trying to be a running team,” Thompson said.  “One of the things that is great for me is if I’m not the one getting the rebound, I’m the one out and trying to look for easy baskets.”

Every year, Thompson has come back improved.  Be it his post game or his footwork, he has taken one of his many different coaches’ critiques and used the offseason to become a more complete player.  During Monday’s practice, Thompson knocked down 18-20-foot jumpers with ease, with the hopes of complementing DeMarcus Cousins’ interior game.  Coach Michael Malone even came over to give his big man a pat on the back.

Thompson and Cousins haven’t always seen eye-to-eye.  The duo has the potential to form a monster frontline, but to date, it hasn’t worked as planned.   Last season, Malone used Thompson to guard the opponent’s best offensive big man, which helped Cousins stay out of the foul trouble that has plagued him throughout his career.

“We’ve definitely matured,” Thompson said of his relationship with Cousins.  “We definitely know what it takes to try and win.  We’re trying to sacrifice as much as we can for us to win and enjoy playing the game of basketball.”

Thompson appears open for anything.  Be it a move to another team or another go-around in Sacramento, he is coming into this season with a mindset unique from previous seasons.

“Enjoy the game – that’s one thing I really didn’t do,” Thompson said.  “Obviously, not winning, it’s frustrating after a certain amount of years.  But I kind of have to be more mature when it comes to that, let the game come to me and take one game at a time.”

There are no promises that Thompson will make it to 519 career games (one more than Peja Stojakovic’s 518).  His name has been mentioned in countless trade rumors, and only he and Cousins remain from the Geoff Petrie era that ended just 16 months ago.

“I can’t predict the future, but Sac has taken care of me,” Thompson said.  “We’ll see what happens.” 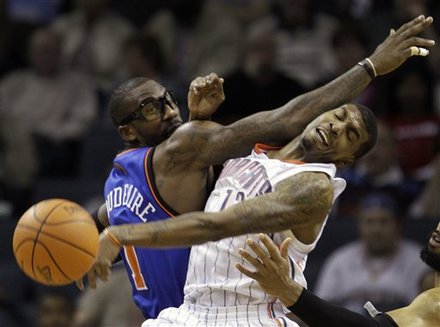 Top-ranked Florida State is coming off of its best offensive performance of the season with a 56-41 win over N.C. State. The Seminoles are off...