Kings get a new court and a new attitude

The Sacramento Kings opened the doors of Sleep Train Arena Friday morning to showcase the team’s new playing surface.  Black baselines and sidelines are now purple, and the center court logo has a few tweaks.  It is bright, clean and visually stunning.

The Kings have big plans for their 30th season in the capital city and the court is just a small piece of what is to come.  Opening night will pay homage to the inaugural 1985 team, but plenty of other special guests will roll through Sacramento as part of the team’s six “Legends” games this season.

“We want to use this as a time to really dedicate this to the fans and honor some of the many great memories across these 30 seasons with Sacramento and Kings basketball,” Kings Chief Marketing Officer Ben Gumpert told Cowbell Kingdom.  “On opening night, they are going to see some people who literally haven’t been in Sacramento for many years.  Many people that were part of the team back in 1985.”

While we don’t have a roster of players for opening night just yet, we do know that Peja Stojakovic will have his number retired on Dec. 16.  We also have confirmation that Vlade Divac, Doug Christie, Bobby Jackson, Mitch Richmond and fan favorite Jason Williams will also join in the festivities sometime during the 2014-15 season.

This is all part of the “Sacramento Proud”  campaign that will run throughout the season and beyond.

“Sacramento Proud not just represents this franchise, but it represents to the fans and the people of Sacramento something about their connection between each other,” Gumpert said.  “For 30 years, a very deep-seated, strong relationship has developed between the team and its fans.  And the fans have earned every bit of it.”

The new team slogan is painted on the floor directly in front of where the television crew of Grant Napear and Jerry Reynolds sit during the regular season.

While we have been covering the basketball operations side of the organization all summer long, the business side of the franchise has made incredible strides.  Less than a year and a half ago, the Sacramento Kings franchise was circling the drain and headed for a possible relocation to Seattle.

Gumpert, a Sacramento native, returned home to join forces with new ownership and management after a stint with the NBA’s TMBO (Team Marketing and Business Operations) marketing team, where he trained under now Kings President and COO Chris Granger .

The Stanford grad has a lot on his plate, including a role in the team’s new television deal signed with Comcast earlier this summer, and of course, the new arena being erected in downtown Sacramento.

Gumpert is one of many new executives brought in by the franchise, as it attempts to revitalize a once proud brand.  The influx of fresh blood in the front office is part of a larger plan by Vivek Ranadive and his ownership group.

“The fans deserve the investment of the ownership and really, our team and all of our resources,” Gumpert said.  “It’s not about cutting any corners anywhere.  That’s not what this is about.  This is about building the best organization that we can and someday the economics will work out for themselves if we continue to improve.”

The work isn’t done yet.  For a franchise that completely sold out 19 seasons out of 30 in Sacramento, a new foundation is being put in place.  Fans returned a season ago like they hadn’t in half a decade, but there is still more work to do before the new arena opens in October 2016.

“As much progress has been made, and we love the continued feedback from the fans, we’re going to continue to work harder, as we know there’s a lot more to do,” Gumpert said.

The Sacramento Proud campaign is just one of many ways in which the franchise is attempting to reconnect with a very loyal fanbase.  The team has huge goals both on and off the court, and they don’t just stop with a shiny new home in the heart of Sacramento’s urban core.

“They’ve certainly made a ton of investment,” Gumpert said of the ownership group.  “It started with their purchase of the team and it’s certainly gone from there.  The team didn’t represent all of the investment that they were going to pour in.”

To date, ownership has clearly put its money where its mouth is.  Not only has the team increased the player payroll, but it has put a tremendous amount of time and money into building a new organization and reconnecting with the fanbase.

Mistakes may be made along the way, but it’s hard not to applaud the effort that is going into the revitalization of the Sacramento Kings. 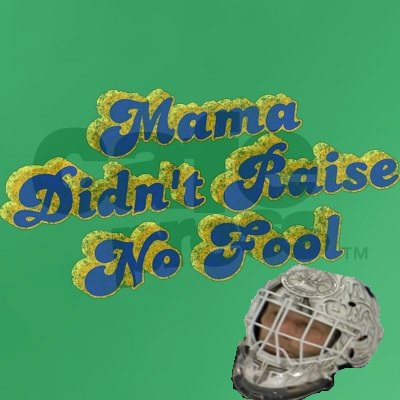 DOH! According to @johnmwhittle, WR Shaq Roland missed the team flight and did not make trip to Kentucky. Another immature moment for Roland. — Michael...