The Kings take on the Toronto Raptors in their first exhibition game.

Where: Rogers Arena, Vancouver, BC.

1. Who starts for the Sacramento Kings?

Only two players are guaranteed locks inthe starting lineup: DeMarcus Cousins at center and Rudy Gay at small forward.  The rest of the Sacramento Kings’ starting five is a toss up.  My guess is that Malone turns to Collison, Thompson and Stauskas at the other three positions.  However, Malone will likely spread minutes evenly among his players to get looks at different lineups.

2. The performance of the point guards

Darren Collison and Ramon Sessions are an interesting tandem at point guard.  Both players can score and are also decent playmakers.  Their teammates have been happy with the way the ball has moved so far with them at the helm.  Will that translate into a live game situation against the Toronto Raptors?

Stauskas and McLemore have received high marks for their play in training camp so far.  Will we see these two battling for minutes or will we see them co-exist?  Since taking Stauskas in last June’s draft, the Sacramento Kings have maintained the stance that they intend on playing him with McLemore at times this year. 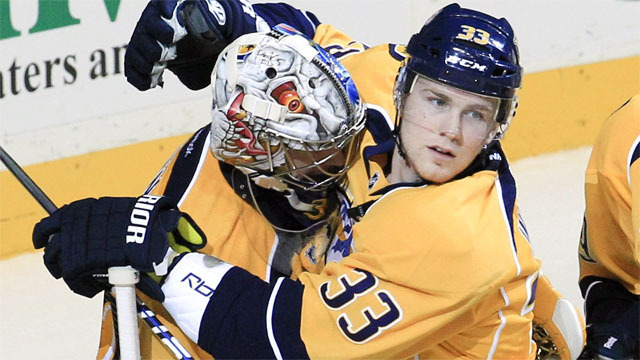