Kings take on the Rockets on a rainy night in Sacramento.

When the Kings lost to the Rockets in Houston on November 26, they surrendered 13-of-35 3-point attempts and 6-of-10 from Isaiah Canaan. It’s no coincidence the Rockets lead the NBA in 3-point makes this season (11.9 per game), and though Canaan (ankle) is out tonight, Patrick Beverley (three triples per game on 46.6 percent shooting) and company are more than capable of a repeat performance.

The Rockets rank fifth in the league in fast break points per match with 16, and recorded 19 in the win over the Kings. Sacramento can’t let this contest turn into a track meet.

The best man off the bench for the Kings to start the season has gone cold of late. Landry is averaging four points on 30 percent shooting from the floor and two rebounds per game in his last three appearances. The veteran power forward needs to give the bench a lift after notching only four points and five boards in his last outing against the Rockets. 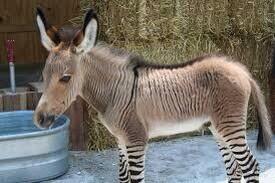 A Look at Cincinnati Football Programs Through the Years