Kings fall to the Detroit Pistons.

By James Ham and Rui Thomas

The Sacramento Kings need a savior, or simply DeMarcus Cousins. With the star center sitting out a ninth straight contest (viral meningitis), the home team dropped their third game in a row against a hapless Detroit Pistons squad, 95-90.

The Kings, who entered tonight last in the NBA in 3-point makes, started hot with the deep ball. Through halftime Sacramento was 7-of-14 from behind the arc despite shooting 39 percent from the floor. The Kings once again struggled to control the ball with 11 turnovers at the half, but the Pistons lost nine of their own which negated the carelessness.

Then the Kings face-planted coming out of the break. Sacramento began the third quarter 0-of-10 from the floor and allowed Detroit to open a 11-0 run before steadying the ship. By the end of the third, the Kings shot 5-of-28 (17.9 percent) field goals and 2-of-8 free throws while getting outscored 24-14 in the tough 12 minutes.

“That’s the story right there,” Darren Collison noted after the game. “Obviously the third quarter is the most important quarter. You look at our last five or six games, our third quarter has a lot to do with the way we’re finishing out games. Whether we’re up by 10, we’re losing leads, whatever the case may be, our third quarter is not where it needs to be.”

By the buzzer, Sacramento ran out of steam. For the game, the Pistons outraced the Kings 31 to nine in fast break points. Sacramento outrebounded Detroit by 12 and collected 22 offensive boards, but couldn’t find their legs on second chance opportunities. The Kings shot 26.7 percent from behind the arc in the second half.

The Kings finished the match shooting 35.5 percent from the floor. Rudy Gay led his team with 20 points, but on 6-of-22 shots.

Ryan Hollins started the game at center for the Kings after his father passed away this morning. The locker room was noticeably somber before and after the match.

Sacramento falls to 11-13 on the season and 2-8 without DeMarcus Cousins in the lineup. The Kings will host the Oklahoma City Thunder on Tuesday.

Michael Malone on subtle improvements in the Kings offense

“To be very honest, I wasn’t overly disappointed with the offense tonight. I thought there was a lot of improvement in our executing and with our ball movement. I thought that in the third quarter we got a little stagnant and tried to do too much because we were struggling. Overall I wasn’t overly disappointed. I judged it on whether or not we got good looks instead of making the shots. I thought we got a lot of good looks tonight that just didn’t go for us.” 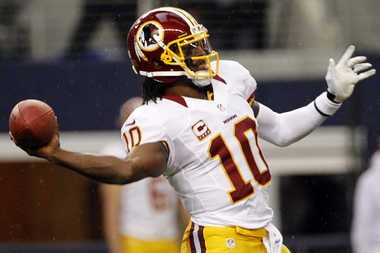 What everyone is talking about I should have mentioned that I was visiting the in-laws today, and this would be super late. Oopsie daisies. Let’s get...