In 1992, director Penny Marshall brought the story of the Rockford Peaches to the big screen in the form of “A League of Their Own”. Now, more than 20 years later, she’s heading back to the diamond.

“Effa”, the story of Effa Manley, will mark the first time Marshall has been behind the camera since her 2001 effort “Riding in Cars With Boys”

“The story is a fascinating tale of a woman who broke through so many barriers and accomplished so much for the players and the game, during a time when the face of baseball changed forever,” Marshall said.

But, unlike the women immortalized by “A League of Their Own”, Manley wasn’t a member of the All-American Girls Professional Baseball League. Instead, she made a name for herself in the Negro Leagues. The trailblazer served as co-owner of the Newark Eagles alongside her husband Abe Manley from 1935 to 1946. After he died, she was the team’s sole owner through the 1948 season.

“Penny Marshall has directed some of the greatest stories ever told for the big screen. Films such as ‘Big’ and ‘A League of Their Own’ transcend time, generations and global boundaries,” Studioplex City President Jake Shapiro said. “The film is about a strong woman who was ahead of her time, the history of baseball and the Negro Leagues. We are proud to be working on such a meaningful project with such a powerful and talented director.”

Manley was elected to the Baseball Hall of Fame in February 2006 making her the first woman enshrined in Cooperstown. 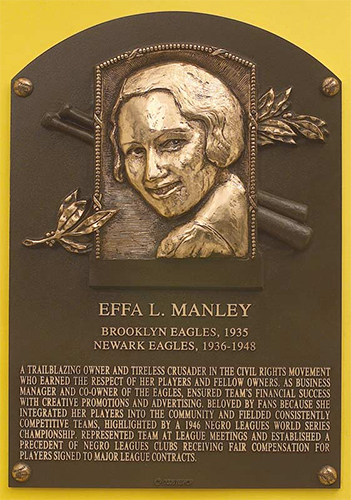