There is nothing wrong with having an agenda.  It is your plan of attack, your road map for success.  But right or wrong, your ideology may not line up with that of others.  And your course of action may be scrutinized.

After firing Michael Malone last Sunday night, the Sacramento Kings ownership and front office have found themselves at center stage of a big-league flop.  Fans are pissed.  The local and national media are befuddled and not in a “wow, this could be a genius move” kind of way.  And lastly, this move was EXTREMELY unpopular with the players.  Does all caps and bold capture the tenor properly?

What’s more, the story continues to breathe because the franchise is non-committal to interim head coach Tyrone Corbin.  Is he their coach?  Yes.  Is he the coach for the rest of the season?  We’ll let you know.  It’s like we are in the middle of a cliff-hanger.  We are anxiously waiting to see what happens next.

Fans are fickle.  Half of the people screaming bloody murder were calling for Malone’s head the week before for running Ramon Sessions out onto the court.  Having an opinion and actually wishing for something to happen are two totally different things.  The moment the Kings started winning again, Malone would have been their guy.  If he didn’t turn things around, they would have called for his head.  That’s fandom in a nutshell.

And be it national or local media, a franchise shouldn’t listen to the noise.  There is always going to be a dissenting opinion.  You are always going to get raked over the coals when you make a move that looks, feels and smells fishy.

Make no mistake, this move doesn’t feel right and telling people that you don’t want a Sousa marching band leader, but a jazz director didn’t move the needle.  Neither did comparing your franchise under the Maloofs to San Quentin, a Motel 6 under Malone and saying that you want the Four Seasons.

But hooey on the fans.  If the team wins, they will come out and watch.  And the same goes for the media.  The 24-hour news cycle will come and go.  They will move on to the next dumpster fire soon enough.

Where this story really has an effect is in the locker room.

Under Michael Malone, there was harmony for the first time in nearly a decade.  This was a team in the real sense of the word.  And while the group had fallen on hard times, it was with the understanding that the return of DeMarcus Cousins was right around the corner.  With the big fella in the lineup, the Kings had a shot.

The players are not happy at all with the Malone ousting.  They are like children in a bad divorce, caught in the middle.  They are confused and maybe more importantly, they are disappointed that their season is unraveling right in front of their eyes.

Malone was Cousins’ guy.  After four years of searching for the right coach to mesh with Cousins, Malone found a common ground with the incredibly talented 24-year-old.  Cousins was ready to ride this guy to the end and was playing at an MVP-level before illness wiped out 10 games.

“I would be lying if I said I didn’t feel like it was partially my fault,” Cousins said during Monday’s media scrum announcing Tyrone Corbin as the new coach.  “In reality, it isn’t, but me personally, I feel it is.  Me being (ill), us losing some games, I mean, I feel like I played a part in it.”

According to Cousins, he found out about the firing the same way everyone else did, via twitter.  While he is on board with the plan, that doesn’t mean that he is happy.  According to sources, Cousins was beyond angry with the decision behind the scenes and made his opinion known.

It’s not all about Cousins though.  Just a month ago Rudy Gay inked a new three-year extension with the Kings.  Not only did he like the direction the team was going, but after a tryout with the Kings last season and spending time with Malone in Spain this summer as part of Team USA, he was sold on him as the coach of this team going forward.

Gay credits Malone for part for his career turnaround.  After becoming the poster child for bad analytics, Gay is playing at an All-Star level for the Kings this season.

“I can sit here and talk all day about what I’ve learned from him,” Gay said of Malone.  “I think he’s made me a way better player offensively and defensively.  Once I got here, he allowed me a chance to expand my game, and I thank him for that.”

No one is punching walls or throwing chairs in the locker room, but there is a clear cloud hanging over the team. Meanwhile, it is mired in a season-long five-game losing streak.

“Everybody’s been pretty professional,”  Gay continued.  “But it’s tough.  I’m not going to sit here and say it’s easy to just come in here and play for a new coach, even though we’ve been around coach Corbin.”

“It definitely came as a surprise,” Gay continued.  “But that’s not my call.  It’s way above my pay grade.”

Gay makes $19.3 million this season.  Players shouldn’t call the shots on coaching changes, but as far as pay grades go, shouldn’t Gay have been at least consulted?

For that matter, when Mark Jackson was seen hanging out in the owners lounge following Tuesday’s game with Vivek Ranadivé, Chris Mullin, Pete D’Alessandro and DeMarcus Cousins, shouldn’t Gay have been invited as well?  Whether it was old friends hanging out or an actual meeting for the coaching position, Gay is a huge piece to the Kings’ puzzle for the next three seasons.

Cousins and Gay aren’t the only Kings players overwhelmed by the situation.  It is the general consensus in the locker room.  Be it Jason Thompson, who is now playing for his sixth head coach in seven seasons in Sacramento or Carl Landry, who is on his second tour of duty with the Kings, no one anticipated this move.

“Man, it was really shocking,” veteran Carl Landry said earlier in the week.  “I didn’t see it coming, but at the same time, I trust in this organization.  I trust in the owner, his staff and I believe with what they’re trying to do, we’ll become a better basketball team.  And that’s not taking anything from coach Malone, because like I said, he’s the best coach (in Sacramento) since coach Adelman in the last decade.”

Landry signed a four-year deal last season after spending the previous year with Malone in Golden State.  The duo also worked together in New Orleans during the 2010-11 season.

The players are often the last to know in these situations, but this one feels different.  The Kings were 9-6 and the talk of the league over the first month of the season.  With Cousins down, they fell apart, but he was on his way back.  There was still time to turn this season around.

Clearly this move wasn’t about wins and losses.  Not for this season at least.  If it was, the team would have had a replacement plan in place, or better yet, let Malone ride out the season and then make a move this summer.

What is obvious, is that the team needs to make a move now to win the players over and to end the narrative.  They need to make a decision on the immediate future of the team and stick with it.  If not, this season is lost and there is no one left to point fingers at. 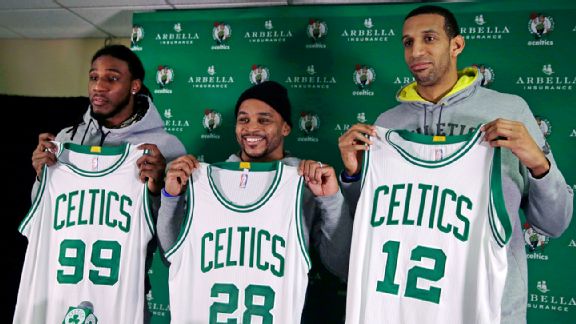 Your Morning Dump... Where the new guys are green and ready