Former Kings coach Paul Westphal swings by for a visit

After three seasons away, former Kings coach Paul Westphal returns to Sacramento with the Nets.

The life of an NBA coach is unpredictable.  The turnover rate in the league is staggering.  Coaches come and go and then pop up again somewhere else before you know it.

When Paul Westphal left the Sacramento Kings on January 5 of 2012, he did so in a blaze of glory.  A major disagreement with then 20-year-old DeMarcus Cousins led to an ultimatum in written form.  And that ultimatum, initially backed by management, led to a dismissal.

No, he has no interest in talking about Cousins.  Nor is he interested in rehashing the infamous letter that he penned for the media.  In fact, he won’t even give you a “no comment,” he just smiles and looks at the recorder.

After a two-year hiatus, the 64-year-old coach is happy to be back in the league.  This time as an assistant under long time friend Lionel Hollins with the Brooklyn Nets.  It’s a great story of two men and their basketball journeys coming full-circle.

“There’s nothing to complain about in my life,” Westphal told Cowbell Kingdom.  “I enjoyed the time here.  I enjoyed a little time off and it’s great being back on the bench, especially with Lionel.  We have a great history together.”

Westphal and Hollins played against one another as NBA players before coaching together on Cotton Fitzsimmons’ Phoenix Suns staff.  Westphal would go on to succeed Fitzsimmons as the head coach of the Suns before the 1992-93 with Hollins staying on as an assistant.

As the story goes, Westphal, a five time NBA All-Star guard, and Hollins, a bruising wing defender, would take on young Suns players after practice.

“We always won,” Westphal said with a smile.  “It was Mike Morrison and Steve Kerr.  We used to just beat them up.  We would tell our wives, there’s good news and bad news.  The good news is we can still beat NBA players.  The bad news is, we have to try to beat the Lakers with these guys.”

Westphal is full of incredible NBA stories from his four decades in the league.  Smacking around Kerr, now the head coach of the Golden State Warriors, is just one of many I have had the privilege of sitting through.

During his time with the Kings, Westphal had the unfortunate job of standing out in front of the media each and every night to answer questions about the possible relocation of the team to Anaheim.  He handled the situation with professionalism and grace, and still does today.

“It’s right that there is a team here,” Westphal said.  “I think everyone in the NBA feels that it would have been a shame for Sacramento to lose the team after they have supported as well as they have over the years.  There are a lot of people here who really love the NBA and love the Kings and they deserve a team.”

Earlier in the day on Wednesday, Westphal drove by the hole in the ground in downtown Sacramento that will soon become a new home for the Kings.  He is happy for a Kings community that supported him during his two-plus seasons as head coach of the team.

Westphal wasn’t sure that he would get another shot in the league, but he was more than willing to take the call from Hollins.  He’s healthy and still has a passion for the game.  He has a veteran group of players to work with and despite the Nets struggles, they are still in the playoff hunt in the Eastern Conference.

“We still have high hopes for this season,” Westphal said.  “We’re not sitting with as good a record as we had hoped at this time, but there’s good reason for optimism still.”

The Nets easily handled the Kings, winning for just the second time in their last 10 games.  If the playoffs started today, they would hold the eighth spot and meet up with the Atlanta Hawks in the first round.

Westphal is back in the game.  He’s enjoying a fresh start in a new city with an old friend. 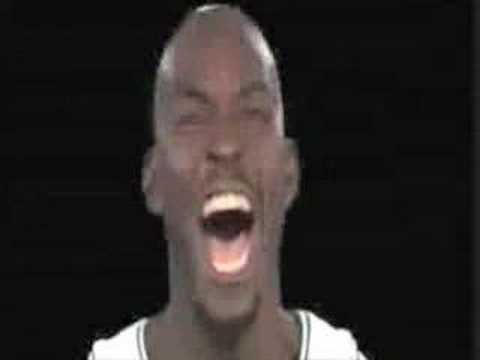 Can I Open My Eyes Yet?

There was a lot of hubbub around the Oilogosphere on Wednesday. The Oilers uncharacteristically came back from a first period, 3-1 deficit on Tuesday against...