The Kings win on a buzzer beater.

By James Ham and Rui Thomas

With all the coaching drama surrounding the Sacramento Kings (18-32) recently, and with starters Darren Collison and Rudy Gay out with injuries, it was understandable for fans to count them out. But a passionate effort on both sides of the ball helped the Kings take down the Phoenix Suns (29-24) in a dramatic home victory, by the final, 85-83.

“It shows a lot about who these guys are,” Tyrone Corbin told the media after the game. “As I told them, whatever you do, you got to lay it on the line.”

The Kings played efficient offense and outstanding defense, a rare sight to see together. Sacramento shot 45.3 percent from the floor and dished 20 assists. They held Phoenix to 36.3 percent on field goals and 5-of-28 from behind the arc.

Sacramento led by 10 entering the fourth quarter, but their offense sputtered, going 6-of-21 from the floor. The Suns took advantage to claw back and take the lead with 1:21 remaining, but the Kings showed resilience with a few stops and a wild off-balance jumper by DeMarcus Cousins to win it as time expired.

“I happened to see it had a chance because it went up so soft, and to see it go in the hole at the end with the clock expiring was great,” Corbin added.

Cousins, in his final home appearance before the All-Star Game, once again carried the load with 28 points and 12 rebounds. Ben McLemore provided a spark from outside with 13 points and three baskets from downtown.

Omri Casspi couldn’t replace Gay’s production, finishing with only three points, but Ramon Sessions and Ray McCallum stepped up to direct the offense in Collison’s absence.

For the Suns, Isaiah Thomas got the start in place of Eric Bledsoe (personal) and scored 26 points on 8-of-17 shooting and five assists. Goran Dragic notched 13 points and five assists and Gerald Green added nine points off the bench.

With the win, the Kings improve to 7-19 under coach Corbin. They’ll travel to face the Chicago Bulls (32-20) on Tuesday and Milwaukee Bucks (28-23) on Wednesday

“This city done put me through so much and I stayed loyal to it the whole time. I just want to know how you’re going to stop God’s plan.” 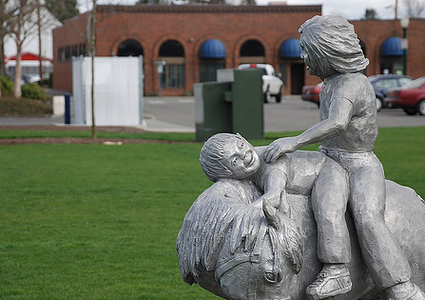