No one needed the NBA All-Star break more than the Sacramento Kings.  The seven-day hiatus in the middle of the regular season allowed the Kings to catch their breath, make a major coaching change and hopefully finish the final 30 games of the season on a high note.

It also gives us time to reflect on a wild season that is now roughly two-thirds of the way over and pencil down a few items to remember for the future.  As the old saying goes, “Those who do not learn history are doomed to repeat it.”

At this point, the Kings need to analyze the mistakes that have been made, use them as an educational tool and then move forward.  Here are a few tough lessons we have learned so far this season.

The power of team chemistry and culture

Michael Malone finished his 106 games as head coach of the Kings with a 39-67 record.  Regardless of the overall mark, his team had an identity and was moving the right direction.  Malone was derailed by DeMarcus Cousins’ viral meningitis, and a hasty decision to remove him as the coach threw away a promising season.

It’s clear that Malone, with his command of the locker room, had a lot to do with the team’s 9-6 start.  And it’s also clear that when management went away from the 43-year-old coach, it did so without the blessing of the players.

Tyrone Corbin’s 28-game stint as a substitute teacher never had a chance.  The players never gave him one, and that is a shame.

George Karl walks in with clout and experience.  He is known for his ability to work with the players he’s given and take them to the next level.  A winner through and through, Karl has strung together 21 consecutive winning seasons as an NBA head coach, as he now has three years and change to mold the Kings in his image.

By devaluing chemistry and culture, Sacramento threw away a season.  By bringing in Karl, they proved that they understand their mistake.  Giving the legendary coach a 30-game window at the end of this season will help build continuity heading into the summer and might make everyone forget about the season that could have been.

Failing to plan is planning to fail

When you fire a head coach, you should probably have a new one in mind.  It’s no secret that Corbin wasn’t the team’s first choice to take over as Malone’s lead assistant this summer.  Kurt Rambis and Alvin Gentry were both brought in for interviews by management.  Gentry was even promised that he would become the head coach.

If Malone wasn’t the future, then the team probably should have let him go during the summer.  The way they handled the firing left plenty of people angry, including Rudy Gay, who signed a contract extension just a month before, and DeMarcus Cousins who is Sacramento’s franchise player.

Karl was available the day management let Malone go.  You don’t want to rush into these situations, but telling the public that Corbin would coach the team for the rest of the season only to let him go after a disastrous 2-13 stretch speaks to the lack of planning.

Paying him as a head coach when he really should have been an interim wasn’t a great idea either.

There is a happy medium between the Geoff Petrie “wall of silence” and what we have seen over the last two or three months in Sacramento.  It started when people inside the franchise crowd sourced through fan groups whether they should let Malone go the week before his firing.  And it ended with Corbin coaching his final week out with #WeWantKarl hanging over his head.

The leaks have to stop going forward before no one wants to work with or for the Kings.  It doesn’t take an Ovaltine decoder ring to figure out where people are getting their information from.

While the Kings’ dirty laundry is being written from every angle, the communication from within has been less than stellar.  Your players shouldn’t have to learn of coaching changes on social media, and they shouldn’t hear their name mentioned as the reason a coach won’t be hired.  Your team doesn’t have to mentioned in EVERY trade rumor.

Where do we go from here?

The focus should be on Cousins’ All-Star bid and a new arena in downtown Sacramento opening in 2016, but instead, this season has been hijacked.  It’s time for the Kings to get back to the basics and start building a program that fans can get behind.

Sacramento has a young ownership group.  So far, they have played a loose game, and it’s time to tighten it up.  You can excuse a certain amount of what has happened as people learning the NBA game, but we are nearing the two-year mark.  You can only be green for so long before the conversation turns to something else.

It took time to find the right coach, but now it’s time to get behind George Karl and give him the players necessary to compete.  It’s time to mend fences with Cousins and Gay and then build a stronger core around them.  And it’s time to start communicating the right way.

There is time to turn this season into a positive.  To make people forget that this season was sabotaged.  Coming into this season there was promise, and hopefully that is how we will end it.

So, celebrate, Kings fans.  You got your wish.  Karl is your new coach.  But don’t forget that this season didn’t have to be this way.  Expect better and demand more. 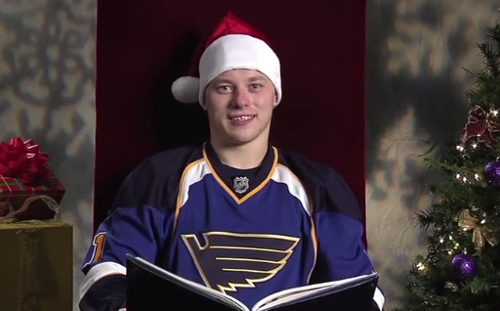 Rats on the Ice Recap (2/13/15): My Thoughts On Bergenheim and Kulikov: Dallas Stars 2 Florida Panthers 0

Here is the “Rats on the Ice” video recap for 2/13/15 against the Dallas Stars. Lucas can be reached for contact on Twitter.