Vlade Divac rises to the top in Sacramento

After just weeks on the job, the hiring of Vlade Divac and his role with the team is becoming clear.

Vlade Divac is no figure head.

We are learning that more and more as the disastrous 2014-15 Sacramento Kings season comes to a close.  Divac is here to fix the end fighting, back stabbing and PR blunders.  He may even be in Sacramento to clean house.

ESPN’s Marc Stein confirmed what we already know here in Sacramento – Divac is the Kings’ top basketball official going forward.  He is the man with Vivek Ranadivé’s ear and the man the Kings will build around.  Divac’s title of Vice President of Basketball and Franchise Operations is not some catchy propaganda piece.  He has his tool belt on and he’s ready to go to work.

From the official press release announcing his arrival:

“In this capacity, Divac’s responsibilities will include advising the Kings front office and coaching staff, assisting the organization’s global branding efforts, augmenting fan outreach initiatives and oversight of player development programs.  Additionally, he will facilitate talent evaluation and help foster relationships between the team and a growing pipeline of European athletes.”

I’m pretty sure this paragraph was glossed over when Divac was hired.  Divac was hired to oversee basketball operations in Sacramento.  Maybe the official press release didn’t come with a chart plotting out the team’s new hierarchy, but Divac is now near the top.

We have already seen Mullin exit stage left.  The former advisor to the chairman is the new head coach at St. John’s.

Mullin was on board with the firing of Michael Malone in December, but has been the opposing force on both the hiring of Divac and legendary coach George Karl.  Mullin was noticeably absent from both introductory press conferences.  The writing was on the wall for Mullin’s departure and the St. John’s opportunity allowed him a graceful exit.

The same fate may await D’Alessandro.

According to Stein, the Kings have already launched a search for another front office executive. There have been murmurs that D’Alessandro burned too many bridges with his handling of Malone and the aftermath that ensued.

D’Alessandro is a brilliant capologist, but his teams have won just 55 games over two seasons.  The Kings lack the necessary talent to compete for the playoffs, but that is not all on the general manager.

This is why Vlade Divac was brought in.  To make the tough decisions.  The 47-year-old Serbian has a long history of being the voice of reason.  Both as a player and in his post-basketball career with the Serbian Olympic committee and as a FIBA board member.  He has his work cut out for him on the personnel front.

By all accounts Divac has brought a breath of fresh air to the tumultuous feeling within the walls of Sleep Train Arena.  He is present.  He is in the tunnel, sitting courtside and in the locker room following games.  This was not a PR move, it was a solution to many of the problems that ail the Sacramento Kings.

Ranadivé has admittedly made some mistakes in his first two years on the job.  But the hiring of Divac is a home run locally, nationally and internationally.

As for the remnants of Ranadivé’s first attempt at running the franchise?  Decisions will have to made.  The hiring of George Karl was a necessity and hardly one that should be questioned.  Neither the players, nor the fans would have stood for writing off the final 30 games as some sort of death march.

Karl and Divac will have no issue finding common ground, because that is who Divac is and who Karl has become.  Who was hired first doesn’t matter.  Divac is running the show and he has a front line head coach he can build a team for.  Karl’s under contract for another three years.  Divac wouldn’t have taken the job if he couldn’t work with one of the game’s great coaches.

As for D’Alessandro, Dean Oliver, Mike Bratz and the rest of the front office staff?  Divac has some decisions to make.  In order to make an omelette you have to break a few eggs.  Then again, you can put almost anything in an omelette.

The Sacramento Kings are moving forward with Vlade Divac.  He is one of the most beloved figures in franchise history and much of that is due to his ability to create chemistry.  He was brought in the door to unify the franchise from within.  He did it once as a player and the Kings are hoping he hasn’t lost that Midas touch. 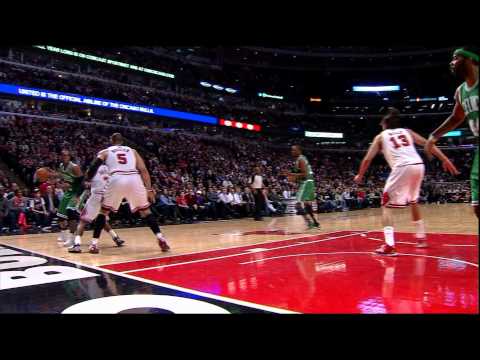 Pop quiz! This Boxscore Breakdown is entitled “Deep Freese” because: A) The only runs were scored when David Freese went deep B) I attended the game...