It’s so quiet you can hear a pin drop in Sacramento.  The news of the week was the announcement that David Arseneault Jr. will be back for a second season with the Reno Bighorns, and that was the first press release we have seen from the Kings in weeks.

Vivek Ranadivé confirmed that Vlade Divac is the lead decision maker on the basketball side, but that was just a rehash of news from earlier in the offseason.

Why do I bring up the fact that there is no news?  Because this is a sign of maturation by a young ownership and management group.  For the first time in a long time, they are listening to the folks within the organization with real NBA understanding.  They are controlling their message, and while it is painful for those of us writing about the club, it is wonderful to see.

The last two seasons have been a whirlwind of misinformation and embarrassing snafus.  Without even getting into jazz bands or ridiculous firings, the way the Kings conducted their business was loud, boisterous and mostly ineffective.

Sacramento was attached to every potential trade and countless free agents.  If a player’s agent needed a team to pit against another, they would name drop Sacramento to the media.  If an opposing GM wanted another team to sweeten their offer, the Kings were ready to jump in with their best young talent.

There is moving and shaking and then there is shaking while trying to move.  The Kings put themselves in a position to be players in every transaction and in the same motion, they created a culture of uncertainty amongst players who needed all of their faculties to produce on the floor.

Trade rumors are going to happen, but national writers shouldn’t have a sentence on their desktop for your team to cut and paste into every article.

Now again, this is a double-edged sword.  I would love to report to you that the Kings were making a move on player “x” or that they have been linked to a major free agent or two.  But the new regime is clamping down on their message and it’s the right thing to do.

What does this mean?  We can’t confirm or deny the rumors that Chad Iske and John Welch will be added to the staff.  Four months ago it would have taken a few minutes to get to the bottom of this news, but the new slow approach includes proper procedures to ensure that current assistant coaches are handled with the respect they deserve.

An announcement on the coaching staff will come soon enough, but it will likely come as one major press release delivering the entire group.

We will know the Kings’ draft position on Tuesday when Vlade Divac represents the team at the NBA Draft Lottery.  While the 7-foot Serb will try to charm his way into the top three, he is likely to handle the 2015 Draft a little differently than last year.

There won’t be a panhandler stationed in front of every team’s front office parking lot with a cardboard sign offering up the pick for a hot lunch and a change of underwear.

Again, the information has dried up, friends.  And while it is frustrating and making for an awfully quiet offseason, it was desperately needed.  This is a major sign of growth and one of the first signs that the organization is learning from their many mistakes.  There is no cache in having your name attached to every transaction in the league.  It can do much more damage than it’s worth, and no team ever made a trade going through a member of the media.

Divac is pulling a card from the Geoff Petrie school of NBA management and it’s refreshing.  Expect the Kings to be very active between now and October’s training camp.  More than half the roster will likely be turned over, but hopefully it will be a targeted, aggressive attack free of pomp and circumstance.

There is optimism that this is a new era of Kings basketball.  One free of leaks and over the top, aggressive managing that rarely led to anything productive.  The franchise is at a point where they need to let the play on the floor tell the story.  If it means a lack of news during certain stretches of the year, so be it. 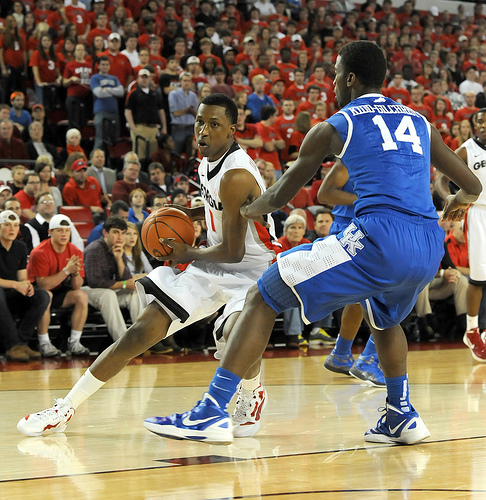