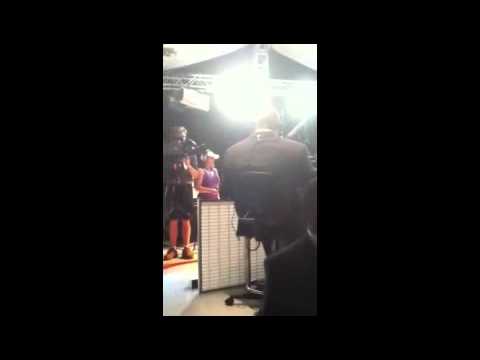 The numbers suggest that the greatest weakness of the 2014-15 Oilers was their dreadful goaltending. Therefore, it’s imperative that GM Peter Chiarelli improve the goaltending this offseason.

What was the Oilers’ Biggest Problem?

During the 1992 U.S. presidential election, Bill Clinton faced a difficult challenge. According to Wikipedia, “In March 1991, days after the ground invasion of Iraq, 90% of polled Americans approved of President Bush’s job performance.” So how did Clinton end up defeating Bush? The economy, stupid.

A recession hit the U.S., which led to Americans identifying the economy as their nation’s biggest problem. Clinton’s lead strategist James Carville coined the phrase “It’s the economy, stupid!” to remind Clinton to focus on economic issues. He did, and the rest is history.

The 2014-15 Oilers had a long list of problems, but what was their biggest on-ice problem? When the Oilers’ save percentage numbers are examined, the answer becomes obvious: the goaltending, stupid!

There’s no way to sugarcoat it. The goaltending of Scrivens and Fasth was disastrous in 2014-15. Oiler fans probably still have nightmares of Scrivens’ puck-handling miscues, many of which led to goals against. Among goalies who played at least 25 games, there were none with a worse even strength save percentage than Scrivens and Fasth. Below is a breakdown of the Oilers’ goalies even strength save percentage numbers. (All stats in this post were taken from War on Ice.).

The one thing that jumps out from the Oilers’ save percentage numbers is how much better Bachman and Brossoit were than the disastrous duo. One wonders how the season would have gone if the Oilers had simply played the AHL goalies all season. However, 7 games is an extremely small sample size.

Was It Really the Goaltending?

Many Oiler fans are saying that fixing the defense is the top priority: “Fix the defense and the goaltending will improve.” There’s no denying that the Oilers’ defense was bad, but it wasn’t the NHL’s worst defense.

“Frjohnk” looked at the Oilers’ goaltending stats and pointed out that Buffalo gave up a league-worst 9.95 high danger location shots per 60 minutes, while the Oilers were 26th with 8.80. So we should expect the Sabres’ goalies to have a lower save percentage, right? Well, that’s not what happened. Below is a comparison of Scrivens and Fasth to Buffalo’s goalies.

All three of the Sabres’ goalies performed much better than the disastrous duo. What stands out is how bad Scrivens and Fasth were at stopping low and medium percentage shots. You can’t really blame that on the defense. No goalie in the NHL came as close as Fasth did to having a higher save percentage on medium dangerous shots than on high dangerous shots. And Scrivens gave up a league-worst 24 low danger goals.

It should come as no surprise that Scrivens and Fasth’s save percentage numbers were the worst among Pacific Division goalies.

On his blog, Oilers Nerd Alert, “G Money” also concluded that the goaltending, not the defense, was the Oilers’ biggest problem. He described the goaltending as “a tire fire in a dumpster. Rolling around on the deck of the Titanic. In a hurricane.”

Basically, if the Oilers had substituted any two goalies for Scrivens and Fasth, the results would have been better. Fasth is an unrestricted free agent and will not be an Oiler next season. What about Scrivens? Should Chiarelli get rid of him too?

Let’s not forget that it wasn’t too long ago that Scrivens stopped 59 shots in a record-setting shutout of San Jose. Also keep in mind that goalies often bounce back from bad seasons. Devan Dubnyk’s resurgence is a very clear reminder of this. Sunil Angihotri argues in a post entitled “Goalies with Promise” that “if you want a ‘goalie with potential’ for next season, stick with Ben Scrivens.”

Darcy McLeod (no relation to yours truly) recently did a series of posts, examining the goalies who might be available this summer. He likes Jonathan Bernier, Jhonas Enroth, and especially Cam Talbot, whom he thinks is “trending to be an elite goalie.”

With all this in mind, perhaps a good plan for the upcoming season would be (1) keep Scrivens and hope for a bounce back season, (2) give the bulk of the AHL starts to Brossoit, and (3) acquire the best available goalie—Cam Talbot being a good option—without using the 16th overall draft pick to do so. 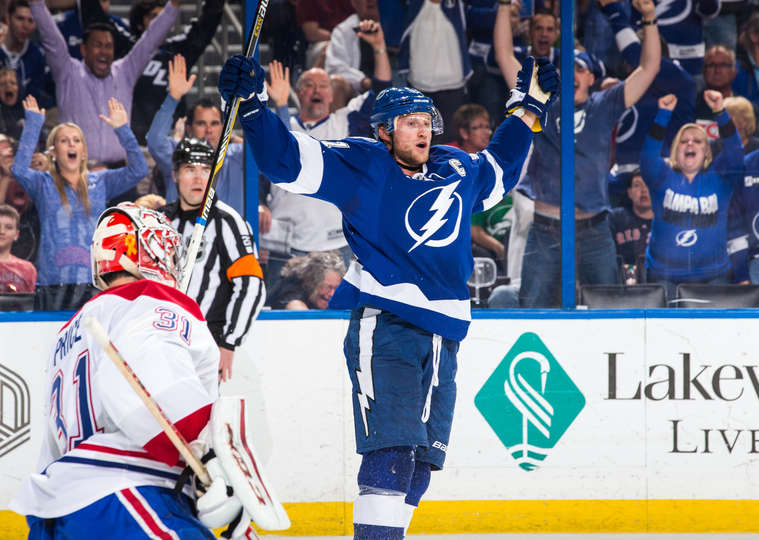