The UConn Huskies will open up the 2015 season on Thursday at they'll host the Villanova Wildcats at Pratt & Whitney Stadium at Rentschler Field [...]

The UConn Huskies will open up the 2015 season on Thursday at they’ll host the Villanova Wildcats at Pratt & Whitney Stadium at Rentschler Field.

According to SportBet.com, UConn is favored by 3 points. The over/under is 52.5 points.

According to UConn Huskies ticket office, there plenty of tickets available to Thursday’s game

The parking lots will open up 4 hours before kickoff. Here is a list of the tailgating rules at the Rent.

Th route for the Husky Walk as the team arrives for games at Rentschler Field this year and fans get a chance to greet the team as they get off their buses and make their way to the stadium. The Husky walk, which takes place approximately, two hours and 15 minutes before kickoff,  starts in the Gray Parking Lots and the team will makes its way to the large tunnel near Gate B.

The UConn team will now do its pregame warmup in front of the UConn student section on the South End of the stadium.

Once again, FanFest takes place starting four hours before kickoff up until 30 minutes before the game between Gates A and B outside the stadium gates. The offerings change each game, but activities typically include inflatable games for children, live bands, promotional vehicles and UConn student-athletes from various teams signing autographs.

Once again this season at the end of home games, the UConn team will sing the “UConn Husky” fight song in front of the student section at Rentschler Field. 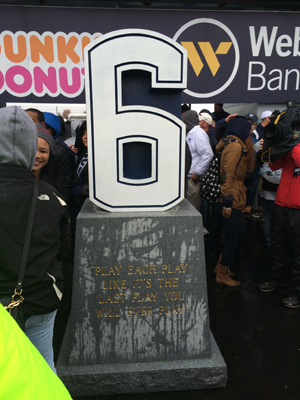 A memorial in honor of Jasper Howard, the UConn football student-athlete who tragically lost his life five years ago, was officially dedicated on November 1. 2015 at halftime. Funds for the statue were raised in a grassroots fashion with the efforts spearheaded by UConn supporters Dan and Lisa Lowry of Prospect, Conn. The lead gift for the memorial came from former UConn head football coach Randy Edsall, who was Howard’s coach with the Huskies. Donations also came from former Husky student-athletes and fans from around the country.

Howard lost his life on October 18, 2009 – hours after UConn had defeated Louisville at Rentschler Field on Homecoming. Howard recorded a career-high 11 tackles in the contest and a fumble recovery.

Funds will continue to be raised for the Jasper T. Howard Endowed Scholarship Fund at UConn, which is presented annually to a cornerback on the Husky football team who best embodies the qualities of Howard.

For information on how to contribute to that fund, please visit http://s.uconn.edu/howardscholarship.

The statue is made of barre grey granite quarried in Barre, Vt. It is a three-piece memorial that has an overall height of seven feet and weighs 3.25 tons. The top piece of granite is carved into mirror 6’s so whether viewing from the front or back it is a 6 and is colored to replicate the home jersey Howard wore.

The pedestal which the 6 sits on top of is lettered on the East and West facing sides. The east side has a quote from Jasper and is accented by 23kt gold leafed letters. The west side contains a narrative of Jasper’s life and a porcelain picture of Jasper. K. G. Keena Memorials of East Hartford, Manchester Monument Company of Manchester and Wethersfield Monument of Wethersfield designed, created and installed the piece.

Thursday night’s game will be televised by SNY.  Eric Frede will be on play-by-play with Andy Gresh on color and Kerith Buke on the sidelines.

The UConn IMG Sports Network is the home of Husky football on the radio. WTIC Newstalk 1080 in Hartford serves as the fl agship station and is the state’s only 50,000 watt signal and can be heard in 23 states and parts of Canada. The 2015-16 year marks the 24th consecutive season that WTIC is the flagship for UConn sports.

For Thursday’s opener vs.Villanova, WTIC will begin their broadcast day on-site at 3:00 p.m. to 6:00 p.m. with their afternoon sports show “Joe D. and Gresh” followed by the IMG Network pregame show with Bob Joyce and – new to the broadcast team this year — former Husky quarterback Casey Cochran. The game broadcast at 7:00 p.m. In addition, the games can be heard on the TuneIn Radio app.

Here is a full list of stations on the UConn IMG Radio Network.

The Villanova game will also be available on Sirius Radio Channel 108 and XM Channel 108.

Villanova Wildcats football games can be heard 610 SPORTS (WTEL-AM). Ryan Fannon has the play-by-play while Kevin Reilly is the analyst.

This is the season opener for both teams

Thursday’s game will be the 14th meeting between UConn and Villanova in the sport of football, but the fi rst since 1999. Villanova leads the series by a 9-4 count with 12 of the games being played between 1987 and ’99 when both teams were members of the Yankee Conference and Atlantic 10 football.

Villanova Defensive Coordinator Billy Crocker grew up in Waterford and is a graduate of Waterford High School.

Here is a transcript of some UConn head coach Bob Diaco’s remarks from the pregame press conference.

UConn head coach Bob Diaco made his UConn and collegiate head coaching debut on August 29, 2015 vs. BYU. Diaco served on the Notre Dame coaching staff as the defensive coordinator for the past four years and the assistant head coach for the past two. He was the 2012 winner of the Frank Broyles Award, given to the top assistant college football coach in the country and was the first Irish assistant to receive the prestigious award.

Here is UConn’s roster and 2015 schedule.

Here is UConn’s depth chart for the game.

Starting with the 2015 season, the home field of UConn football will be known at “Pratt & Whitney Stadium at Rentschler Field” – instead of just “Rentshcler Field” as it was known for since it opened in 2003.

UConn has an all-time record of 50-28 at Rentschler Field and a 27-13 mark in non-conference games.

The Huskies were picked to last in the eastern division of the American.

Connecticut boasts a 45-26 record against non-conference opponents in the regular season since making the move to the FBS in 2002.

UConn defensive coordinator Anthony Poindexter and former All-American linebacker John Dorsey are on the 2016 National Football Foundation College Football Hall of Fame ballot. The announcement of the 2016 Class will be made on Jan. 8, 2016.

Here is a breakdown by class of current Husky players who saw their first collegiate action last season:

Rimington Trophy Watch List
C Ryan Crozier (out for season with injury)
Presented annually to the most outstanding center in college football.

Notes from this week’s opponent Villanova:

Villanova head coach Andy Talley is beginning his 31st year as the head coach of Villanova and his 36th years as a collegiate head coach. He has an overall collegiate coaching record of 243-146-2 and a 215-128-1 mark at Villanova. The 243 career victories rank him eighth on the NCAA Football Championship Subdivision (FCS) active coaching list and he rates 21st in career winning percentage at .611. Talley has led the Wildcats to the NCAA playoffs 11 times, including the 2009 NCAA FCS National Championship, last season’s quarterfinals and two other trips to the semifinals. He is a 1967 Southern Connecticut graduate and was a four-year defensive back. He is a member of the school’s Hall of Fame.

Here is Villanova’s depth chart for the game.

During the tenure of head coach Andy Talley, Villanova has registered a 14-16 (.467) mark in season openers. Of the 16 losses, 13 have come against FBS opponents.

The game will mark the 20th time that Villanova has played an FBS opponent since the Wildcats restored football at the FCS level in 1985. In the previous 19 games versus FBS competition, Villanova has tallied a 3-16 (.158) record.

Team Recognition: Villanova
•Ranked No. 4 in the STATS FCS Preseason Top 25
•The preseason favorite to win the CAA Football title

To open the links up in a new tab or window, use Control+click

UConn Football Insider: Given Recent History All Eyes Will Be On Offense [desmond conner – hartford courant]

The 2015 season: UConn can only go up [ed daigneault – waterbury republican-american]

UConn Football Notebook: Huskies to boast a two-headed starting running back [the hour]

The Huskies stay home at Rentschler Field to take on the Army Black Knights. Kickoff is scheduled for 12 p.m. 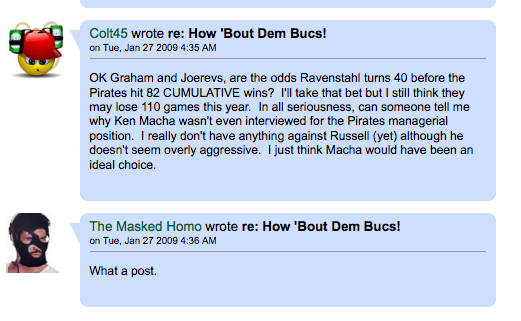 Can the combo guard help lead Utah back to the playoffs?