Vlade Divac’s past, present and future

This Sacramento Kings team has been through plenty of hardship these past few months. It has seen its team go through the fire of media scrutiny and judgment from the league.

However, there seems to be one man who has been the fireman for this franchise. That man’s name: Vlade Divac. Divac has made his presence known with this Kings organization since the day he came to the team, back in 1998.

From day one he has been a leader, a motivator, the team’s glue. From the NBA hardwood as a player, to the front office where he currently serves as general manager, and Vice President of basketball operations; Divac has brought the same mentality to each role.

He showed his leadership right away by taking Peja Stojakovic, the Kings’ 14TH overall pick in 1996, under his wing and teaching him the values of patience, and being a true professional.

“I play basketball with joy,” Divac used to say.

That has been his mantra since he entered the league as a Laker in 1989. Whether it’s on or off the court, Divac has always prided himself on being the man who brings everyone together and fosters joy inside the locker room. He makes sure each player in that locker room knows they are part of a family.

Whether it meant for Divac to be the funny guy or the guy who had to give someone the news straight, he was always ready to be exactly what his teammates needed him to be. Divac became the teammate who would put every problem on his shoulders, to relieve that pressure from his brothers.

In March of this year, the Kings were going through a headache of problems, getting hit from the media left and right. It just seemed that nothing could be resolved.

The team was then moving onto its third coach in one year, finishing a season with once again no positive outlook or postseason appearance, and a front office that was constantly getting hit with too many leaked rumors.

It was only suited for Divac to make his return to Sacramento. The guy who has proven that he can bring a team together and has long been considered the team’s “good luck charm” was now about to embark on no doubt his biggest challenge – repairing this dysfunctional team.

The Kings announced Divac as VP of basketball operations, but it was unclear whether that was a legitimate move in which Divac would have any actual power or if the role was for him to be more of a sign of hope for the fans to see a face of their golden past.

Just like his time as an NBA player, Divac was going to make his presence known. He was going to be this team’s leader.

He made sure he was involved in all front-office conversations. It was perfectly clear after the departure of former general manager Pete D’Alessandro that Divac was ready to build. As a rookie in L.A, guard Magic Johnson said that “he (Divac) came wanting to automatically be one of the boys.”

In his new role as VP of franchise operations, he was ready to once again become one of the boys. He was ready to make this dysfunctional team into a family.

Just as he took the blows from the media to relieve pressure from his teammates, he has done the same in his new role.

Leading up to the draft, there were rumors swirling about head coach George Karl and owner Vivek Ranadive, and how they had issues with each other.

After the Kings decided to select Willie Cauley-Stein, Divac spoke with the media and made sure that everyone knew he was the man making all the decisions. That if anyone had any problems, then those people had a problem with him.

“I had to do something that I didn’t want to do, that I didn’t like to do, but something I had to do,” Divac said. “To send a message not just for the coach, but for everybody over there (in the front office): I want to be in charge of everything. Then if we make a mistake that means I made a mistake and nobody else.”

Take over is what Divac has done. He made a big controversial move by trading away last year’s first-round pick, Nik Stauskas, along with a handful of first-round picks, to give this team cap space to make way for its future.

The national media had a field day with this stating Divac does not know what he’s doing. Again, as a leader, he has taken all of these hits in stride.

He has now assembled a team, whose chemistry can start fresh. With a total of eight new players on this Kings roster from last season, building chemistry is exactly what they intend to do.

Divac has brought a winning mentality to this team by adding three players who have all been to the mountain top and have won an NBA title. He has returned the team’s two biggest “glue guys” in Quincy Acy and Omri Casspi. On top of that, he has brought in a defensive expert by drafting Willie Cauley-Stein.

He has now given coach Karl a number of guys who can help build this team into a contender.

The former Kings star may not be able to shoot a hook shot, take a charge (or flop), or dunk a basketball anymore, but he still gets to impact the franchise by being general manger.

His mantra has not changed one bit. When he constructs this basketball team, he does so with joy. Revamping this team into one of another golden age is the goal that drives him. He has brought back the excitement in Sacramento, just as he did when he donned the uniform. 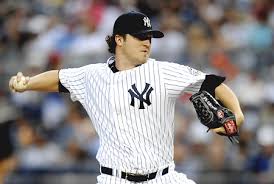 The Cardinals Are The Wright Brothers Of Baseball