In case you haven’t been paying attention, the Pittsburgh Pirates began this offseason by officially non-tendering first baseman Pedro Alvarez.

The reaction to this move has been very mixed, as critics of it aren’t sure how the Pirates will be able to replace Alvarez’s production. Production of course meaning home runs as Pedro has hit 81 home runs over the last three seasons. Some of those have been absolutely titanic in nature as Alvarez’s power is his most defining characteristic.

The Pittsburgh Pirates rectified their 2016 first base situation by signing John Jaso to a two-year, $8 million deal. This move has been met with some optimism as Jaso has been a quality hitter, but there is some pause because of his lack of experience at first base. There is also some worry that Jaso doesn’t have the power to be a productive first baseman. What if I told you that Jaso has been a more productive hitter than Pedro Alvarez over the last three seasons? If you only look at home run totals, you aren’t getting the full story.

John Jaso has always been known as a guy that will draw a fair amount of walks, but not hit for a lot of power and while that is true, since 2013, Jaso has quietly been a good offensive player. Since the start of the 2013 season, Jaso has averaged an OPS+ of 121, which is substantially higher than Alvarez’s average OPS+ of 110 over the same time frame.

OPS+ takes on-base percentage and slugging percentage together and compares it with the rest of the league. An OPS+ of 100 is league average, so it paints a broader picture of the quality of a hitter. However, it is no secret that Alvarez has more power than Jaso, but Jaso gets on base more. But despite this difference, it might still not ease the fears you have that Jaso will be a more than capable replacement for Alvarez.

Another useful statistic that paints a fuller picture of a hitter is WRC+, or Weighted Runs-Created Plus, which shows the amount of runs that a particular hitter creates compared to the league average of 100. This stat is useful because all runs are equal. It doesn’t matter if you hit a solo home run or drive in a run with a single, it still counts the same. So this is a good tool to measure the level of run production from a hitter.

John Jaso over the past three seasons has a WRC+ of 126, which once again is higher than Alvarez, who has a WRC+ of 109. This essentially means that despite Jaso’s substantial power disadvantage, he has been a much more productive overall hitter and created more runs than Pedro Alvarez since the start of the 2013 season.

John Jaso has never hit more than 10 home runs in a season and while that may seem counter-productive to having a quality first baseman, we can see through the use of OPS+ and WRC+ that Jaso over the course of 162 games should lead to the Pirates scoring more runs than Pedro Alvarez in the same time frame. Runs are the name of the game and it doesn’t matter if you mash a bunch of home runs or bunch together singles and walks, as long as you have runners crossing home plate, you will be a successful and productive offense.

Pedro Alvarez has never hit less than 15 home runs over a full season of at-bats and has hit the 100 RBI mark once already but despite this, he has also never had an OPS+ higher than 115 or a WRC+ higher than 114. By comparison Jaso, despite never hitting more than 10 home runs in a season, has a career high OPS+ of 142 and has only fallen below 114 twice, his rookie season and an injury-shortened 2011 campaign. Jaso has also never had a full season WRC+ under 115.

Pedro Alvarez is the vastly superior power hitter, and his home run totals support this, but John Jaso is the more productive big league hitter based on a number of advanced metrics and there really isn’t any debate. John Jaso has had the higher OPS+ and WRC+. I know these statistics aren’t as sexy as the long ball, but we’re in the post-steroid era and home run totals are down across the league. It really doesn’t matter if you have a true power hitter anymore, as long as you have a team of productive hitters that score runs. The team with the most home runs doesn’t always win the game, but the team with the most runs scored always does.

John Jaso won’t likely hit more than 10 home runs in 2016, but he will contribute to the Pirates’ offense by being better than if they had kept Pedro Alvarez. Chicks might dig the long ball, but chicks dig winning baseball teams way more and last I checked, scoring runs leads to winning baseball. 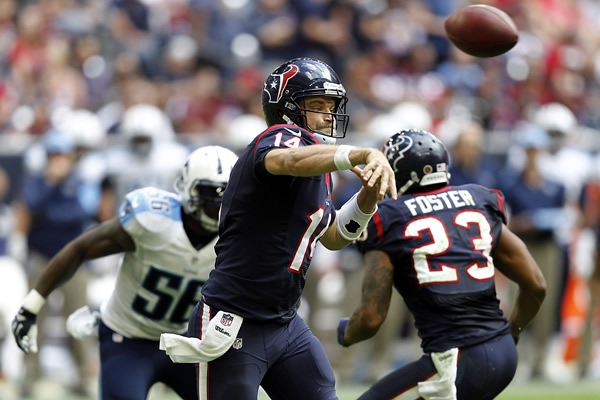 If you watched Monday Night Raw, you bore witness to history.   Sort of.   In what might just go down as the upset of...