A Preliminary Look at Future Coaches 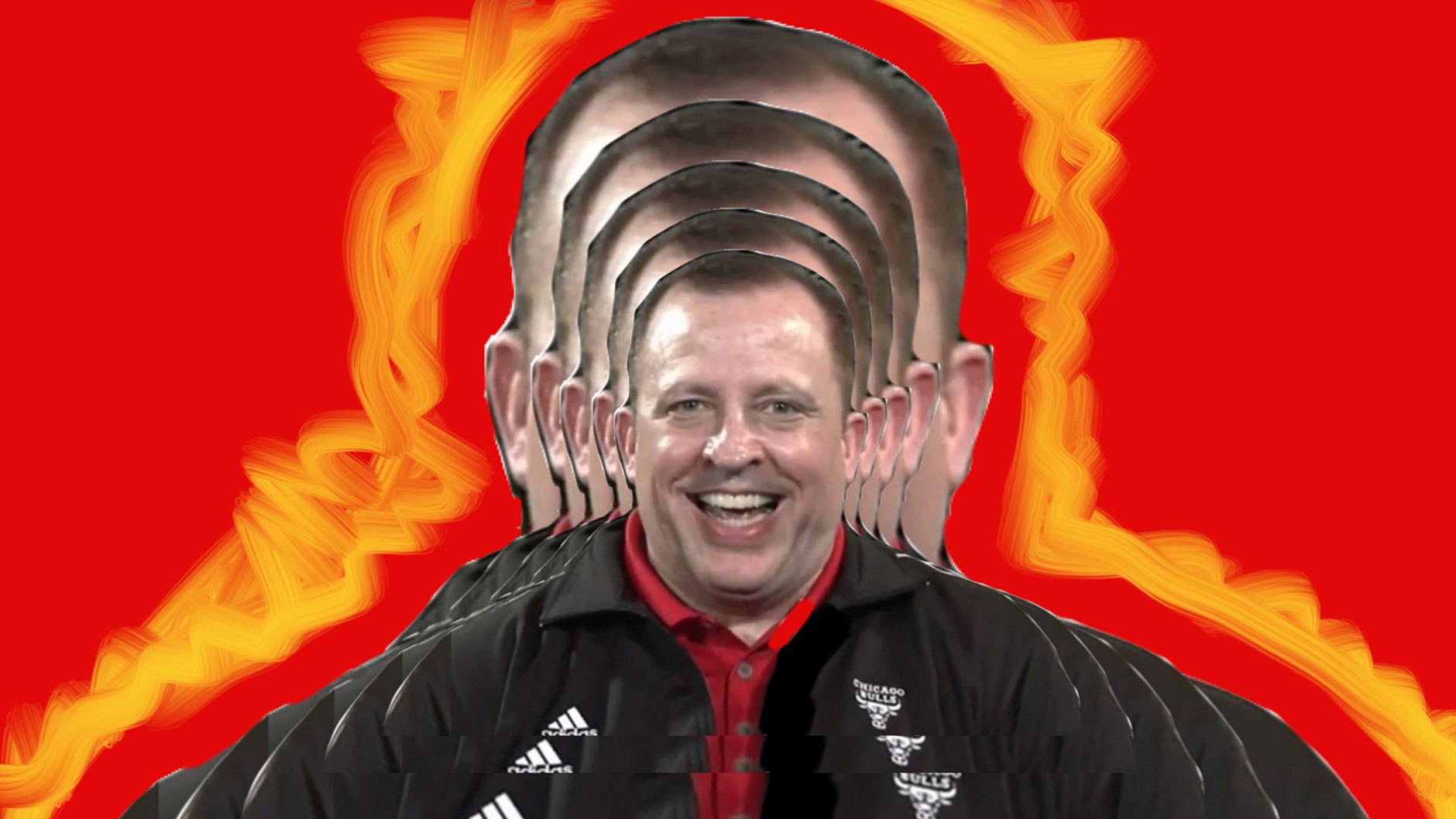 The common thinking is that Sam Mitchell will not be the coach of this team after this season. This isn’t mean to demean Mitchell, who was handed a big load under tragic circumstances. But it seems clear that he is not the coach the young players on this team need to maximize their high potential.

There are a lot of potential routes the Timberwolves could go this summer in trying to find a new head coach. There are current coaches on the hot seat, assistant coaches looking for a promotion, and former coaches trying to get back into the game. I’m here to break down some of the options and how they’d fit this young core.

Led a Suns team that was meant to be competing with Philly in the Riggin’ for Wiggins sweepstakes to within three wins of the eighth seed, using the pairing of Dragic and Beldsoe to great effect. Then fell victim of the team’s success and roster mismanagement. The Suns didn’t pick up his contract option for next summer, but they did choose to fire two assistants over him. His time in Phoenix is likely over. As a rookie, he was traded by the Lakers for Byron Scott, which set in place all the events that led to this travesty of a season for the Lakers, which could help them keep the top-3 pick the Suns traded away (and therefore want to see be as worthless as possible). Coincidence? I think so.

Coached two good but probably underperforming Grizzlies teams, neither of which made it past the second round, and now one bad but possibly improving Grizzlies team that has foresaken the grittin’ and grindin’ that did them so well. Seems willing to take risks and handle big egos, but definitely not someone to get overly excited about. Was almost hired during the summer of 2014 by the Timberwolves, but spurned them to stay in Memphis. Nerd.

Fit with the Wolves: OK. Much of the Grizzlies’ offensive struggles have been due to their personnel, but it’s true that Joerger has had a lot of trouble with the amount of non-shooters on the team. Minnesota has more options from outside, but not as many as they would like. Joerger has won a lot of games his first three seasons as a coach, but he also came into a very solid, winning situation. It would be nice to have someone creative offensively to be helming the ship, and Joerger doesn’t seem like that guy.

Won Coach of the Year heading the “Seven Seconds or Less” Suns and enjoyed sustained success in Phoenix and to a lesser extent in New York before James Dolan and Jim Buss teamed up to suck the lifeforce out of him. Though the Lakers years have tinged his reputation, he could take a team with the right pieces far. Loves offense and mustaches, is luke warm on defense. He was recently hired as an Assistant Coach in Philly.

Fit with the Wolves: Pretty good. Unleashing the speed of this team would allow players like LaVine, Wiggins, Muhammad, Rubio, and even Towns exploit their strengths while mitigating some of their weaknesses that show up when the game gets too slow. Would need a defensive-minded assistant to maximize the team’s natural defensive talent.

Led the Warriors this season to an NBA record 24 straight wins to start the season with Steve Kerr sidelined due to back issues, and has them sitting pretty at 36-2 now. Has the trust and ears of his veteran, champion team, an easy report with players and media alike, and hair that always looks a little damp. His dad is noted Grateful Dead fan Bill Walton.

Fit with Wolves: Good to pretty good. Walton should be at the top of most teams’ wish lists this summer, and the Wolves are no exception. Though the Dubs defensive slippage is a little concerning, he clearly knows how to use the pieces put before him. It’s unclear if his success is more due to him or the team.

A former coach who has been largely forgotten on the Indiana bench as an Assistant Coach, the former Sonic has a history of being a good if unspectacular coach. His teams went to the playoffs five times in his eleven years as a head coach, though only 04-05 Sonics made it past the first round. Has a penchant for stabilizing floundering teams, playing slow, iso-heavy offense, not trusting his role players, and making faces that make him look like a grouper fish. Fit with the Wolves: OK. He strikes me as a more rigid Sam Mitchell–overly reliant on his stars, uncreative offensively, but always solid. Supposedly quiet but super strict. I don’t love him for this team.

Granted, this is a short list, though given the trends of the last few seasons, it will probably be longer by season’s end.

Buttered his coaching biscuit in Memphis, where he took a middling Grizzlies team and helped turn them into a perennial playoff foil for the best teams in the West. However, they could never get over the hump, and they exiled Hollins to a desolate, stark hipster land called Brooklyn, where he proceeded to fade from memory like Obi-Wan’s ghost.

Fit with Wolves: Meh. Hollins could turn this team into a defensive juggernaut, as he did with the Grizzlies, but I’d be concerned with him being burned out after his time with the Nets. Also concerning is his inability to create a functional offense in Memphis or Brooklyn, but much of the blame for that lay on the respective GMs.

“Just When I Thought I Was Out” Division

Has experience coaching a preeminent, athletic scorer (T-Mac) and defensive big men with underrated offensive versatility (Yao and Ewing), and led the ’98-’99 Knicks from an eighth-seed all the way to the Finals, where they got absolutely clobbered by Tim Duncan and Pop. One of the league’s all-time great defensive coaches, and though he’s no Brad Stevens, he is good at getting average offense out of middling offensive squads. He threw his hat into the Pelicans ring, due to a desire to work with a young potential superstar (we have two!) and he’s willing to sacrifice his body (multiple times) for his team.

Fit with the Wolves: Pretty good. As far as defensive coaches go, I think JVG should be much higher on the list than others, such as Lionel Hollins or Thibs. His inside-out game would serve the team well, and his teams have always found ways to get their players open three-point looks and dump-offs inside.

Teams interested: Grizz and Pels have both inquired in recent years, but no one currently

A defensive-minded coach who brooks no dissent and doesn’t believe in coddling his players or their quote-unquote “injuries.” Has had more playoff runs than most T-Wolves have seasons played in the league, though he has only tasted the Finals as an assistant for Boston. Basically the embodiment of Keanu Reeve’s speech in The Replacements, only with more hoarse yelling and less handsomeness.

Fit with Wolves: Decent. There’s no denying he’d have all the tools needed to create the kind of defensive powerhouse he’s accustomed to, but I would be worried about his penchant for grinding players into the ground. Sure, they’re young and they can take a heavy workload, but the last thing Wolves brass should want is to take years off their young players’ careers by playing them 45 minutes a night.

Mastered the “Us versus them” rhetoric during his three-year stint in Golden State. Relies more on firing the team up and building camaraderie than x’s and o’s. Was the first to proclaim Steph and Klay the best-shooting backcourt of all time. Was laughed at by most pundits. Proceeded to back that claim up with weird, catty comments about his players (because apparently kids didn’t shoot threes before Curry) once he was let go following a series of failed Machiavellian powerplays. Seems like a bit of a nutter, but it’s hard to argue with his turning around the now-champion Warriors.

Fit with Wolves: OK. I’m sure these young guys would like a coach telling them he loves them and going to bat for them in the media in a most un-Mitchelly way, but the litany of drama that started in Golden State and followed him for the last two years adds an element of distraction that the Wolves don’t need. His coaching career is impressive, but not compared to what an innovator like Kerr accomplished with the same squad.

If the Wolves are moving on from Mitchell, which I think they should (though I’d love to keep him on as a top assistant), my favorite choices are Hornacek, Van Gundy, or Luke Walton. There are fundamental issues of course–Walton will be the most in demand coaching prospect in the league this summer, JVG may very well decide that he doesn’t want to spend his winters in Minneapolis, and Hornacek’s future is totally murky right now. Of the three, I’d wager that Horny is the most likely option, but if the Wolves could snatch up any of these three, I’d consider it a victory. Mike D’Antoni is a distant fourth, but he could also unlock some of this team’s offensive potential.

What do you think, readers? Who do you want to see on the sidelines next season? 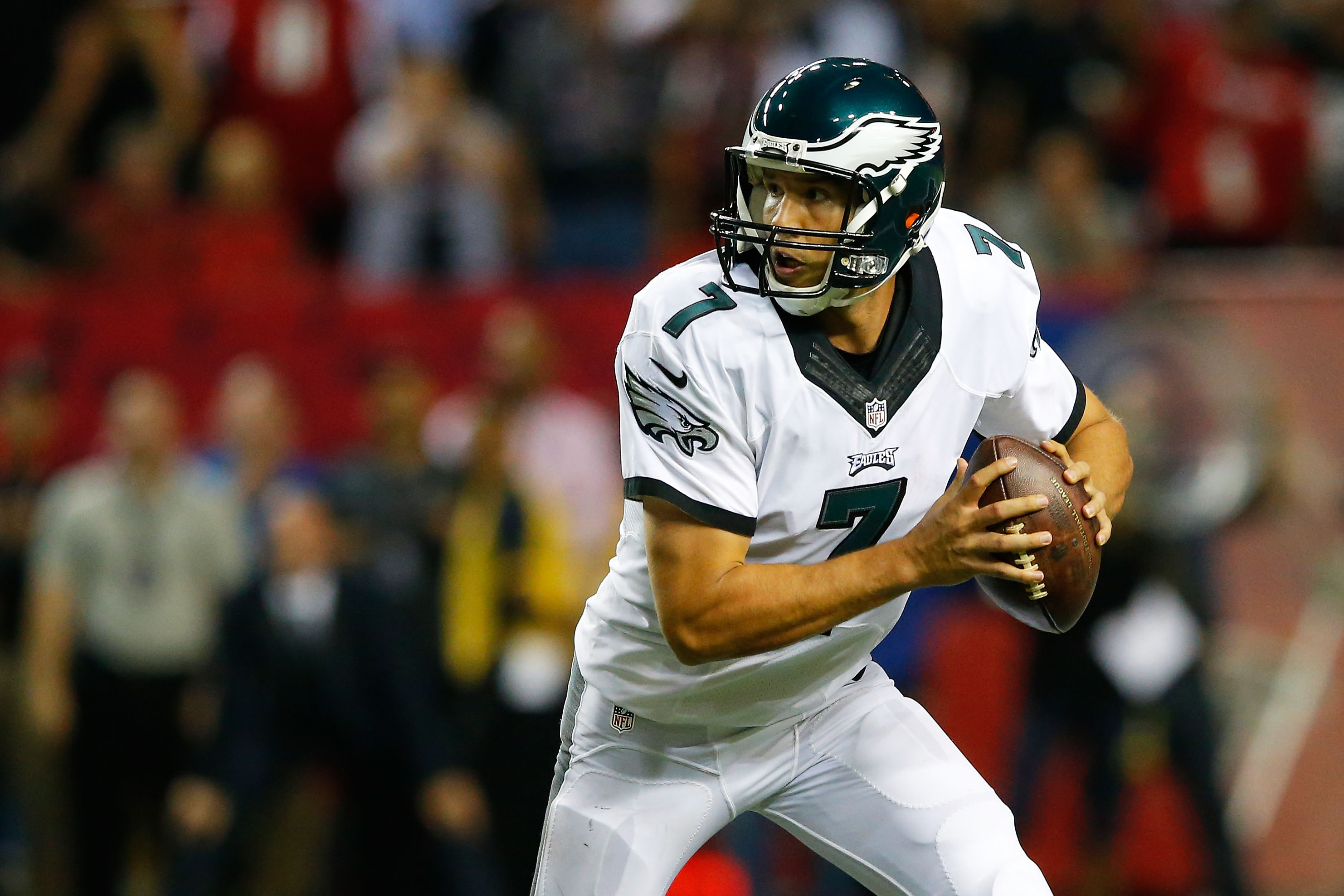 MVP Candidates By The Numbers

Here is a look at how this year’s MVP candidates fared in the AFC and NFC Divisional rounds. [table id=6 /] All 3 candidates advanced...