Spurs Spurs All Over Wolves 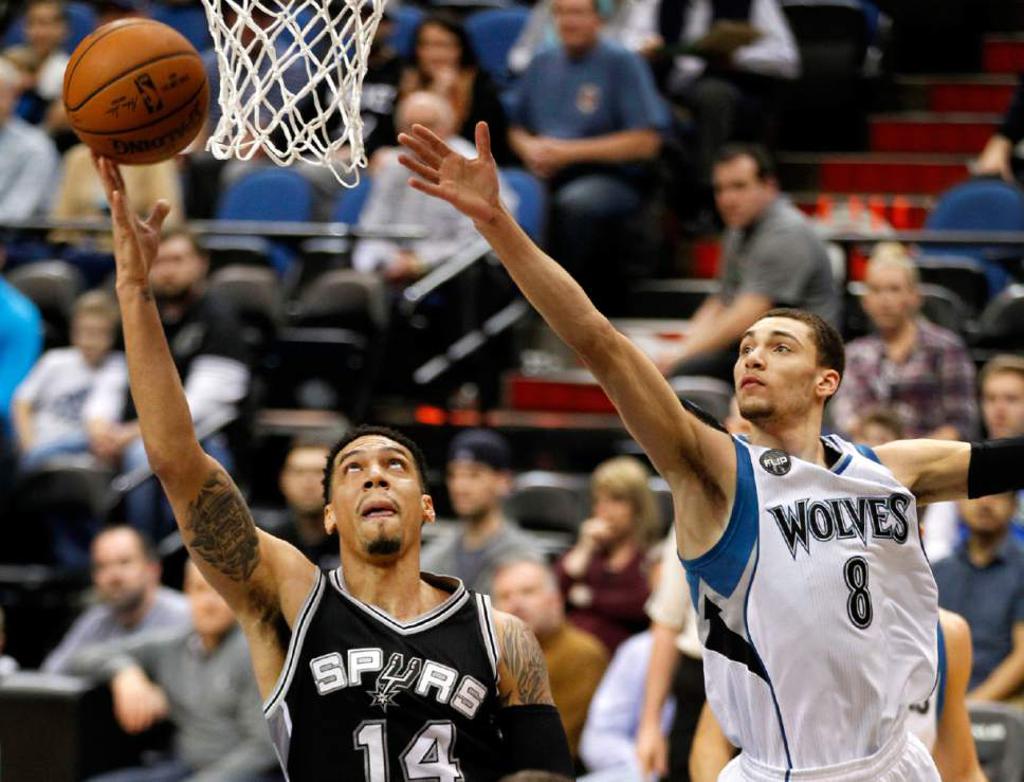 Spurs Spurs All Over Wolves

Welp, that game went about as well as can be expected. The Wolves came out hot, exchanging buckets with the second-best team in the league throughout the first half. The Spurs were coming off their 10th loss of the season against a surging Indiana team, so they decided to go all in by resting Tim Duncan, Tony Parker, and Manu Ginobili. It worked beautifully. LaMarcus Aldridge and Andre “I Can’t Even Stay Mad At You” Miller led the way throughout the second half, which was less of a massacre of the Wolves than a slow, methodical roasting.

Only one Wolf had a good game, and he was coincidentally the only Wolf with a positive +/-, and that is Tyus Jones. The hometown kid had 10 points, six assists, zero turnovers, and as many threes made as the rest of the team combined.

The rest of the players weren’t awful, they were about average. Wiggins got his 23 points and a surprising eight rebounds, but it took 9-21 shooting, five turnovers, and some sketchy shot selection. Zach shot an efficient 7-10 for 15 points and Towns put up 19 and nine. Somehow, Andre Miller had more minutes, points, assists, steals and fewer fouls or turnovers than Rubio. Think about that for a second.

Whatever. Throw another loss in the tank. Brooklyn, Denver, Phoenix and LA all won this week so any loss is a good loss. But this one wasn’t.