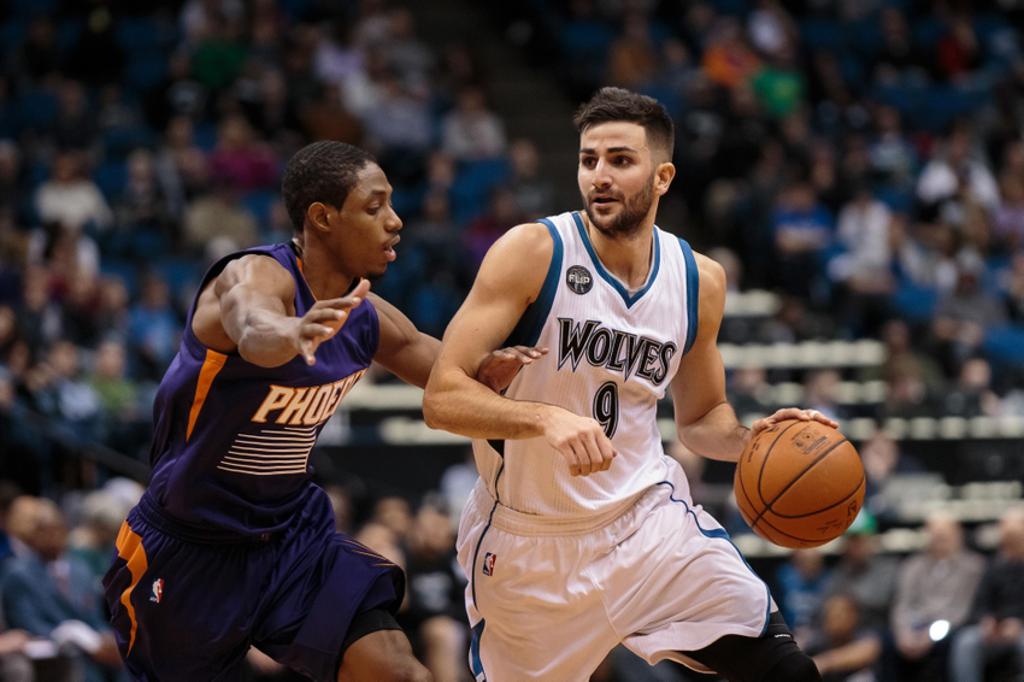 Well that was exciting.

This was a battle between two of the worst yet most interesting young teams in the league, and as such, it didn’t disappoint. Moments of pure brilliance were combined with stretches of non-existent defense and sloppy offense. The teams had a combined for 39 turnovers (21 for the Suns and 18 for the Wolves), but the biggest difference was at the line, where the Wolves wracked up 40 attempts compared to the Suns’ 23.

Most of that can be contributed to Andrew Wiggins in the third quarter. It was almost comical how often he got the line–as if the Suns thought he was DeAndre Jordan. Wiggins ended up with 21 free throw attempts by himself, and just had himself an all around game. 32 points on 13 field goal attempts, three of five from deep, and some truly great blocks on Suns jump shots.

After a tight first half that saw Brandon Knight absolutely destroy all Wolves defenders for 27 points on seven three pointers, the Suns went ice cold in the third, allowing the Wolves to build a lead up to 20 points by the end of the third quarter. Minnesota, ever the gentlemen, decided to do the honorable thing and hand those hard-earned points right back to the Suns in the fourth, and after some Bosnian jiu-jitsu from Timberwolf slayer Mirza Teletovic and a great defensive play from Ronnie Price, the Wolves actually found themselves down one with four minutes to go.

Luckily, Wiggins and Rubio calmly stepped up and finished the game, Rubio on the defensive end and Wiggins at the stripe.

I know this was bad for the ping pong balls, but it was a nice win for the kids.

— Ricky Rubio had a really good game, though his six turnovers were a game high. 17 points (6-15 shooting), 11 assists, seven boards, three steals. He righted the ship when it became necessary, and most importantly, was confident with his jump shot. There’s so much more room for Wiggins and Towns to wreak havoc when Rubio is threatening to shoot.

— Speaking of Towns, the big fella was all over the place tonight, and was key, along with Wiggins, to sparking that third quarter run. 27 points, 10 boards (ho hum, another double double), five assists, two steals. I love the KAT pump and drive, but sometimes he just needs to shoot the damn ball. He passed up a few wide open looks, but otherwise was splendid. Active on both ends.

— Brandon Knight is like a jittery, cokehead squirrel out on the court. It’s weird. He looks so uncoordinated as he calmy hits threes in your eye, and it always looks like the floor’s just a little more slippery for him than anyone else. He also conspicuously sat the entire time Phoenix was making a run on the backs of Devin Booker and Ronnie Price. Like I said, weird.

— Let’s talk about Ronnie Price! No offense to Knight or Booker, but Price was the only true point guard out there. He plays so hard, and with so much joy and gritty defense that it infects the team. He seems like a great character guy (who happens to be on an expiring contract, just sayin’), and his steal/dunk on Rubio could have been huge if he weren’t taken out soon after.

— Devin Booker had 30 points and is awesome. I want the Suns to be good so they can form a real rivalry of similar ages with the Wolves.

The CBJ fell 4-1 to the Capitals in Washington tonight. The first period was a back and forth affair, with the Jackets putting 12 shots on...