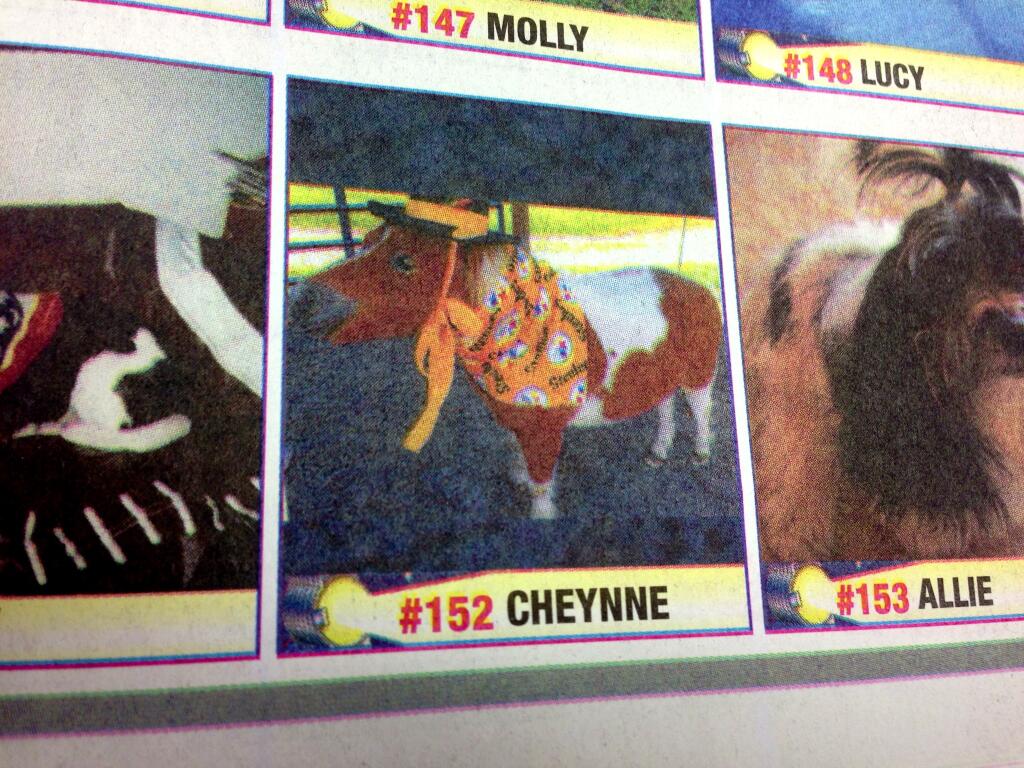 The Rod Allen Drinking Game was originally created by Big Al at the now-defunct Wayne Fontes Experience and has since been updated over the years by D4L (and one year at Walk Off Woodward).  It has officially become cemented as a drunken-staple in the Detroit sports community.  And it’s not just a brainless, alcoholic’s activity, either — there are things you can learn from playing. If your livers survived gaming experience in years past, put ’em to the test again in 2016.

Like last year, the Tigers will have a rotation in the booth, bringing back Jack Morris and Kirk Gibson, and now Craig Monroe is in the mix too! It was also announced that Dan Dickerson and Mario Impemba will swap play-by-play duties a couple times throughout the season, so clearly the Tigers are trying to tinker their lineup and find the right combination. Personally, I’d rather have Rod for 162. Sure, he may not be the most insightful analyst, but baseball is long and boring, so it’s nice having a character like Rod to hang out with every night in the summer. Plus, if he gets totally phased out by FSD, that means this game goes away. And I’ll be damned if I go through the season sober.
THE
ROD ALLEN
DRINKING GAME v7.0
*If Rod is working a game, you better be drinking!
*If Rod is on national television, all drinks are doubled.

*If Rod is part of 3-man booth, throw your empty cans/bottles at the TV when they show the third guy (all due respect to Gibby and Jack Morris, but they’re ruining the RADG!)
* Before the game, decide on one of these commercials (Belle Tire, Little Caesars, Bernstein’s, Wallside Windows or ACE Hardware) and drink 3 each time the selected commercial comes on. Also drink three when a local/regional commercial comes on  (H/T @TheCaseDogg)

When Rod says the Tigers have the best fans in baseball, everyone must raise their beverage and take one drink (drink double if the Tigers are on the road).

When Rod says an opposing ball park or city is a beautiful place to play (drink double if he says it’s one of the best places to play; drink triple if you remember him saying the same thing during the last road series)

When Rod responds to Mario by saying, “good point.”

When Rod makes any kind of reference to a player or his ability being “special.”

When Rod starts a sentence with “for whatever reason” or “make no mistake.”

When Rod starts a sentence with “call me crazy, but…”

When Rod says “big fella” (drink double if he is referring to someone other than Miguel Cabrera, J.D. Martinez, Victor Martinez or Justin Upton).

When Rod says “cheese” in reference to a pitch (drink double if Rod is actually talking about cheese).

When Rod says “look no further.”

When Rod does the “Belle Tire Pitch-by-Pitch.”

When Rod mentions a sponsor.

When Rod says “He got all of that!”

When Rod says “out of the gate.”

Whenever FOX shows a player who has a noticeable dip (chewing tobacco) in their mouth. Double if it is Justin Verlander. Triple (that’s 6, math fans) if a player is in the middle of putting it in. (H/T @TheCaseDogg)

When Rod identifies a pitch as a “piece” (i.e. “change piece” or “slide piece”).

Whenever A FOX Sports Detroit girl is shown or mentioned.

When Rod refers to Jordan Zimmerman as a “work horse.” (drink double if he says the Tigers need him to be their work horse)

When Rod is shown in the booth, all drinkers must yell, “I see you, Rod!” and drink 3.

When a player shows bunt and Rod mentions this as being a “good idea.”

When Rod says the Tigers made big strides to “sure [shore] up the bullpen.”

When Rod says that a player or coach can “flat out” do something.

When Rod starts a sentence with “them boys.”

When Rod classifies something as a “major league,” such as a hit or an at bat.

When Rod refers to an opposing player by a nickname (i.e. calls Felix Hernandez “King Felix”).

When Rod compliments Miggy’s “good base running instincts.” (Drink double if Cabrera blows through the 3rd base coach’s stop sign after its mentioned)

When Rod says that a hit was “majestic.”

When Rod refers to a players as “the absolute truth.”

When Rod says the phrase “professional hitter” or “professional pitcher.” (Drink double if he’s talking about Mike Aviles or K-Rod)

When Rod and Mario are wearing their FSN Detroit polos.

When Rod incorrectly answers the trivia question. (Drink double if he answers it correctly)

When Rod says that a pitcher has “easy gas.” (drink double if he talks about Justin Verlander’s dip in velocity)

When Rod talks about food (drink double if the Tigers are in Kansas City and Rod is talking about barbecue; finish your drink if Rod plugs a specific local restaurant)

When Rod plugs a ticket package or fan giveaway (drink double if it’s for the Red Wings, Lions, or Pistons)

When Rod says, “it’s better to be lucky than good.”

Whenever Rod reads the in game promo (double if it’s Tigers fantasy camp).

Whenever Rod says, “April in the D.” (Triple if it is not April when said)

Whenever Rod appears in a non-Fox Sports Detroit related commercial.

When Rod mentions Miguel Carbera’s Triple Crown. (Double if he talks about “Cabby” getting another)

When Rod gushes over the Tigers batting lineup (double if he says it’s “one of the, if not THE best” in the AL)

Whenever Rod says he talked to someone before the game. (Double if this comes at “batting practice”)

When showing the fans, you spot a Rod Allen poster. (Double if on the road)

When Rod describes a player as “gritty” or “a dirt bag.” (Double if it’s Kinsler)

Whenever Rod “feels sorry for the (opposing team/player)” after a pitchers stuff is especially “filthy” that day.

When a Tigers player shows bunt and Rod does not mention it being a good idea.

When Rod says “stop it _____.” This usually comes when an opposing player is having a great game against the Tigers, but can also apply to Tiger doing really well

When Rod says that a player “better come correct.”

When Rod praises Ausmus for doing something different than Leyland. Such as running more (double the drinks if the move backfires. Naturally).

When Rod describes someone as being “old school.”

When Rod says the phrase, “the unintentional, intentional walk.”

When Rod says something is a “remedy for success.”

Whenever Rod describes a pitch or a line drive as an “absolute seed.”

Whenever Rod says a pitcher is throwing a “steady diet” of a certain pitch.

Whenever Rod sends out a tweet during the game.

Whenever Rod says a play got “into one’s kitchen.”

Whenever Rod refers to someone as “a leader in the clubhouse.” (Double if it’s James McCann; triple if he mentions the McCann-Iglesias dust up as being good for the team)

Whenever John Keating interrupts the game with highlights from around the MLB. (Double if it is anyone else)

When Rod says, “ribeyes” or “steaks” when talking about runs batted in.

Whenever Rod intentionally spells something out incorrectly to make a point: (That boy is B-A-D-D, bad! or Justin Upton is getting B-I-Z-Z-Y, busy! Or someone is S-M-O-O-V-E, smooth!)

When Rod describes someone as being “country strong!” (triple if he is still talking about Marcus Thames)

When Rod says the phrase, “oh no he didn’t.”

When Rod says a play was “slick” or “some kind of” something. (Double if it was made by Jose Iglesias)

Whenever Rod says a player “looks good in his uniform.” (Double if he is talking about Brad Ausmus)

When Rod refers to Justin Upton as a “streaky hitter.”

When Rod says, “contact to damage ratio.” (double if it is “off the chain”)

When Rod refers to FOX as “Big FOX.”

When Rod says that a pitcher is throwing “itty bitty ones.”

Whenever cotton candy is mentioned.

Whenever Rod describes his (or anybody else’s) physique as being “puffy.” (Drink double if he talks about a specific Tigers player’s body)

When Rod asks Mario if he got his workout in this morning (double if it’s a home game). (H/T @bisonmessink)

When Rod gazes lovingly at a guest in the booth

When Rod mentions Kate Upton (drink 15 if he mentions her as “Ms. Upton” and/or while talking about her relationship with Justin Verlander and/or being related to Justin Upton) (H/T @GrantChilds)

Whenever Rod describes a player’s spin move as a “pirouette”

When Rod references the Cameron Maybin/Miguel Cabrera trade (double if he mentions Maybin and Cabrera sharing a laugh about it; triple if he says he talked to them about it)

When showing the fans, you spot a Rod Allen poster where he is dressed up as Luigi. (double if on the road)

When Rod calls for the suicide squeeze.

When Rod says, “game within the game.”

Whenever Rod references his playing time in Japan.

When Rod says that a broken bat “died a hero” on a hit.

When Rod openly questions a decision made by Ausmus (finish your drink if Ausmus has been ejected and Rod is questioning acting manager).

When Rod says the Tigers are “beatin’ on the (opposing pitcher) like he stole something!”

When Rod says a player is “stylin’ and profling.”

When Rod says “get on with your bad self!”

Whenever a Tigers player gets a shaving cream pie to the face in a post-game interview.

When the footage of Rod charging the mound in Japan is shown (15 if it’s only referenced).

When Rod mentions the “Rod Allen Drinking Game” on the air or on twitter. (Double if he mentions Detroit4lyfe)

Two drinks may be had when Rod displays general silliness. This rule can be applied in group or in individual play and can be declared before the game or invoked when the silliness occurs. General silliness can be loosely interpreted, as that’s why it’s not technically part of the rules. Experienced players will recognize this activity, which can include stepping over the play-by-play with yelps, screams or any array of noises, use of non-words, abundant laughing, or appearing overly giddy.