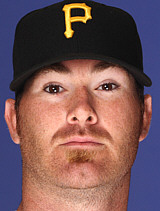 Citing a number of on-field issues, one former veteran teammate believes it’s going to be difficult for quarterback Robert Griffin III to revive his NFL career with the Cleveland Browns.

“He’s just not very good in the pocket,” the former teammate told ESPN’s The Undefeated. “When you asked him to sit back there and read defenses and dissect things, you could tell it was difficult on him. You could even tell in practice last season, when he was the scout team quarterback going against the first-string defense, it was still moving kind of fast for him. He wasn’t sure where the rush was coming from. He wasn’t quite sure where they [the safeties] were. It’s gonna be hard for him.”

Once the 2012 Offensive Rookie of the Year, Griffin III was inactive for all 16 games last season. The Washington Redskins protected him behind starter Kirk Cousins and backup Colt McCoy to avoid his fifth-year option kicking in for a major injury. The franchise then released him this offseason.

Some believe the opportunity in Cleveland is a good one for RG3. In fact, with his signing, there was a significant change in the Brown’s odds to make the playoffs at USA Sports Betting.

“He’s got a guy who’s rooting for him in his head coach,” former NFL quarterback Warren Moon said. “Hue Jackson will put him in position to make plays.”

At the height of his powers, Griffin III was difficult to handle as both a passer and runner. In 2012, he combined for 27 total touchdowns and produced a rookie record passer rating of 102.4 while leading Washington to the NFC East title. But injuries, clashes with coaches and the rest of the NFL catching up to the Redskins’ innovative offense led to miserable seasons in both 2013 and 2014 for the former Heisman Trophy winner.

Now, RG3 will need to work with Jackson and the Browns staff to get better as a pure quarterback.

“My job is to create the environment for him to do the work, and do everything I can to assist him be the best he can be,” said Jackson. “You have to have a player [who] is willing to accept that. He has from Day 1. He has done everything that we have asked him to do.”

Griffin III is the ultimate project for a franchise dying to have a competent quarterback in place. Jackson will do everything he can to fix a player viewed by at least one teammate as broken. 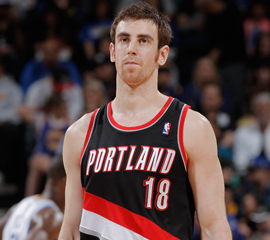 Aaron Lindgren May 18th, 2016
Related news
Questions & Answers (0)
Have a question? Our panel of experts will answer your queries.Post your question