Thoughts From a Night Wolves’ Twitter Lost Its Damn Mind

By now, even the most casual Wolves fan knows that with the fifth pick in the 2016 NBA draft, the Minnesota Timberwolves chose not to address their need for two-way shooting wings or a 3-and-D power foward (not that there were surefire answers to either of those questions at #5), but instead opted to take a player whose skills overlap almost entirely with their incumbent floor general.

I think that most fans, myself included, expected that to be the first of several moves made by the new Wolves brass, as trade rumors were flying thick and fast all night.

According to the rumors, options were there. It seemed for a minute that Serge Ibaka could be had, but given the haul Presti swiped from Orlando, clearly the price got too steep.

Depending on who you’re listening to, either Chicago or Minnesota axed the Butler for #5 and LaVine deal, and I’m of the opinion that both teams made the right decision there. Not that I don’t love Butler, but he’s an age bracket above this team’s core and rubbed some teammates the wrong way with how he handled his newfound stardom. Besides, I’m not quite done seeing what we have in LaVine.

The one deal that really made sense to me was the one Philly offered: Nerlens Noel, Robert Covington, and picks 24 & 25 for #5 straight up. This deal, while maybe not the sexiest on the surface, could have filled all the Wolves’ holes in one fell swoop. Noel (22 years old) and Towns would combine to form one of the best young defensive front lines, where each could protect the hell out of the rim or step out and guard stretchier fours. On the other end, Towns’ range would allow Noel to stay near the basket and crash the rim on pick and rolls, which plays to his strengths. Covington is a 25-year old 6’9 wing who managed to shoot 36% from distance operating as Philly’s lone shooter. With the space provided by the Wolves, he would be a dangerous floor spacer who could guard 2-4’s on the other end. With those two late picks, Philly grabbed Furkan Korkmaz and Timothe Luwawu, two shooting wings, the latter of which could turn into an exceptional defender.  And all we would have had to give up was a semi-redundant point guard.

Yet when the draft concluded, there we sat, with Kris Dunn the newest member of the blue and green

As I alluded to in the title of this piece, Wolves twitter lost it’s goddamn mind. People were ready to grab their torches and pitchforks, and yet the reasons for such intense emotions seemed to contradict the anger itself. The fanbase that has missed out on the postseason for 12 years running was furious that the team had chosen a point guard who might someday replace the current point guard (who, it bears remembering, has been off and on the trade block for the last two seasons and has only played more than 60 games twice in his five-year career).

So the question on every fans’ mind is: where do we go from here?

If one were to only listen to the screaming mob online, you’d think that by drafting Dunn, the Wolves are now contractually obligated to trade Rubio, because god forbid you have two talented point guards at the same time. Thibodeau’s proclamation of their ability to play together did little to assuage the tempers of fans, reminiscent as it was of the darkest timeline in recent memory.

Whether or not you agree with Thibs, Dunn is a clear upgrade from Tyus Jones as the backup PG, and if he and Rubio really could play together (dependent on Dunn improving his long range consistency), it would allow LaVine to function as a hot-shooting sixth man. Either way, there’s no rush to trade either player until we’ve at least seen what the youngsters can do. And if they do end up trading Rubio, they now have the perfect replacement waiting in the wings. 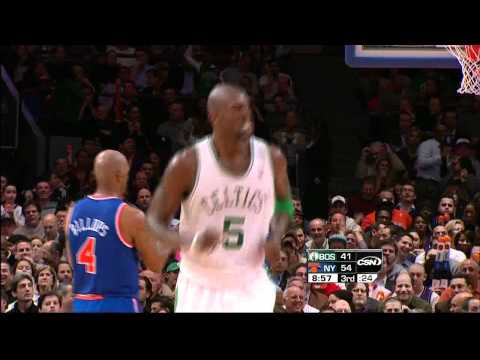 Cardinals Fans Can Be Counted On

athooks June 27th, 2016
Related news
Questions & Answers (0)
Have a question? Our panel of experts will answer your queries.Post your question