Who Should Win the Pac-12 North?

Who Should Win the Pac-12 North? Happy End of June, Followers!   Hope you are doing great!

Today, I wanted to take a few quick moments to start to unpack the race for the Pac-12 North, with a particular eye toward putting together some picks for the Pac-12 media poll that is coming out in a couple of weeks.

As I talked about last week, there are a WHOLE BUNCH of different factors that could help us gauge the potential success of each possible contender/pretender in the conference this season. But for me, one of the largest factors is how the schedule lays out for each team that I think has a reasonable chance of winning the North Division crown.  And for me and most other blogger types, those teams are Stanford, Oregon, Washington, and Washington State.

In addition, because the race for the North is determined by conference record—not divisional record alone—I am going to include in my “analysis” the three teams that I think should be considered  primary contenders in the Pac-12 south this year.  For me–as well as for many others–those teams are USC, UCLA, and Utah.

So, in this post, I’m going to set the table for how each Pac-12 North team might fare this year by looking at four important dimensions of each team’s schedule. (1) The Home-Away Distribution of each Game played against a Divisional Contender in the Conference; (2) The Home-Away Distribution of each game played against Contending Teams in the North Division; (3) The Toughest Three Game Stretch Faced by Each Team; and (4) The Final Stretch Run.  I’ll then provide a brief editorial about what each dimension might signal about the upcoming Pac-12 North Race.

“Analysis”:  So, a couple of things stick out here.  First and foremost, the “other” divisional contenders all play 5 total games against other teams that figure to have the best chance in the conference mix.  Moreover, each of those teams plays 3 of those games on the road and 2 at home.  In contrast, our Washington State Cougars play only 4 of those teams–and we also have the added fortune of playing the two divisional “doormats” from last year.  And, as “luck” would have it, only one of those games is on the road.  The implication is simple: If home field means anything, we appear to have an easier schedule against the conference’s top teams.

“Analysis”:  So, this one is a close variant to the one presented above.  Both Stanford and Washington play two out of the other three divisional contenders on the road.  Meanwhile, Oregon and Washington State host two out of the three contenders at home.  So again, if you’re into the belief that home field matters for these types of things, then Advantage Oregon and WSU for those key intra-divisional contests.  And that may prove significant if it all comes down to those divisional tie-breakers. 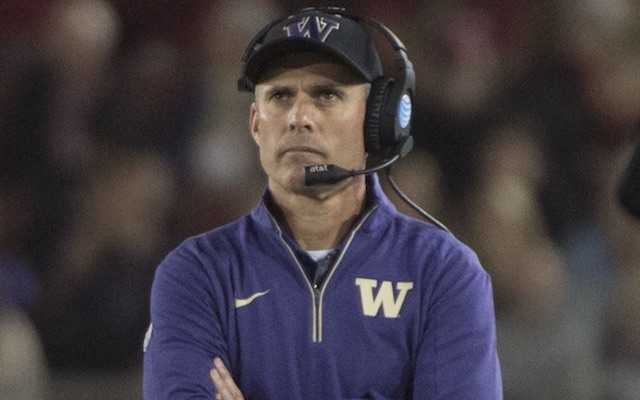 Analysis:  Obviously, Stanford has the toughest go here and its not even close—especially when you consider that  the other side of the WSU game for Stanford is a top 10 Notre Dame team on the road.   Oregon has a tough two-game series against both the Washington schools but then gets a bye on the other side which is HUGE for them.  Unfortunately for the Quackers, that late season stretch against SC, Stanford, and Utah looks brutal, especially if they are 1-1 or 0-2 after their back-to-back with WSU and UW.

Meanwhile, Washington’s hardest three game stretch might be the final 3 of the season depending on how USC and ASU develop (or deteriorate) as the season progresses.  And while I think that Arizona could be a really, really tricky game for the Huskies, their season offers much more balance with respect to how their tough games are distributed.

Lastly, our Cougars have a really, really tough three game stretch in early October that will all-but decide whether or not they can contend at season’s end. The GREAT news is that we have a bye prior to the Oregon game.  The bad news is that UCLA is tough opponent to play following Stanford, and Arizona State looms especially tough following that season-defining trifecta.

Put simply, Washington appears to have the easiest route according to this dimension of the schedule and frankly, it might not even be close.

Analysis:  Obviously, it’s difficult to gauge what these games might look like because we obviously have no idea what any of these teams will look like once November rolls around.  But, when you get into a championship run, it sure is helpful to play lesser competition, especially as that inevitable attrition starts to roll in.  And toward that end, it would appear that Stanford and Washington State have the easiest roads given that each plays only “one” would-be divisional contender during that stretch-run  (Note: WSU is at home for that game and Stanford is on the road). Meanwhile, UW and Oregon figure to play two out of their three final games against would-be divisional contenders (1 home, 1 away).

In sum, if you look at these four criteria, it would appear that WSU has the most favorable schedule overall, while Washington appears to have the most “balance” in terms of how their schedule is laid out overall.  This latter point is important because it may enable Washington to have the best chance of fielding their best possible team when they play their best opponents.

Ultimately, the biggest questions that comes from this analysis is whether the Cougars can handle their business at home.  If they can, it appears that they are well poised to win their first conference title (i.e. Divisional crown) in nearly 15 years.

That’s all the time I have for today.  I’ll be back next week with a few other thoughts prior to making my pre-season picks.