A 'Rigid, Joyless Man': Joe Girardi Is Acting Like a Weasel Over the A-Rod Issue 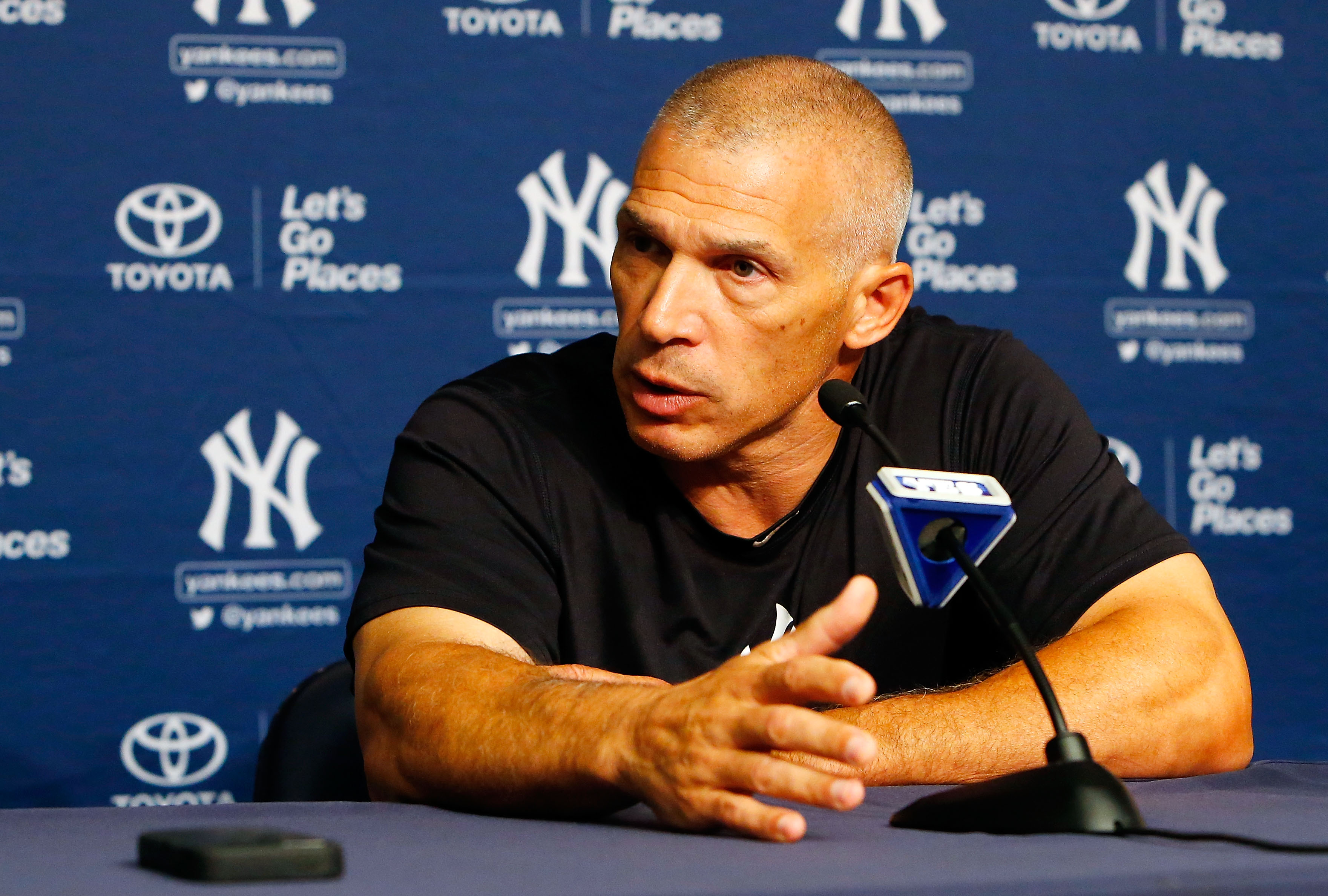 A 'Rigid, Joyless Man': Joe Girardi Is Acting Like a Weasel Over the A-Rod Issue

I’ve been writing about Alex Rodriguez since 2006 in this space. And I’ve NEVER seen the media be on his side more than this week. That’s in no small part to the slimy, dishonest way Joe Girardi has handled A-Rod’s final days. Heck, even Red Sox fans, with their “We want A-Rod” chants, think Alex is getting a raw deal! Rodriguez finally got to pinch-hit last night, but he should have been starting.

Remember, Girardi promised at Sunday’s press conference the following: “If he wants to play in every game, I’ll find a way.” Then two days later, Joe backed out of that promise. And as we saw Tuesday night, even though there were multiple situations to pinch-hit A-Rod with, like for Aaron Hicks or Mark Teixeira (who both actually have worse numbers than Alex this year!) in the ninth inning. Joe stayed with his current lineup and lost the game. Never mind that A-Rod holds the record for career grand slams.

Girardi gave the lame excuse that “we’re trying to win games” and insisted that the team was still in playoff contention, despite all evidence to the contrary. As my friend Sharon pointed out, they traded away all of their sellable players last month and started the rebuilding process, yet Joe’s still acting like they’re in a pennant race? Puh-lease!

And then he could have started Alex Wednesday again, but instead Girardi doubled down on his stubborn stupidity, insisting that he wasn’t hired to manage farewell tours. The media called him out on the fact than in 2014, Derek Jeter had the fifth-worst OPS in MLB among qualified players (and it was only 8 points better than A-Rod’s is now) yet not only did Girardi play him at shortstop every day, he batted him at second all year.

And the Yankees were only 1.5 games out of the wild card at this point in 2014, where moving Jeter down the lineup could have led to them making the postseason. Joe actually told the media yesterday that he didn’t have anybody else to bat second instead. Huh? He had Jacoby Ellsbury and Brett Gardner, then and now!

And, as Bob Klapisch notes, Girardi was very whiny in the presser:

Girardi admitted again Wednesday it was a “mistake on my part” to commit to the slugger. Indeed, team officials were said to be stunned to the degree that Girardi got swept away. Nevertheless, it wouldn’t have hurt Girardi to honor his commitment.

Instead, Girardi took the easy way out, accusing the media of “playing both sides” of the story. After nine years in New York, you’d think he would’ve figured out that words count. You break a promise, you’ll be called on it. You shed phony tears, you’ll get caught.

No wonder ESPN New York’s Wallace Matthews, in a complete evisceration of the situation, called Joe a “rigid, joyless man,” about the harshest characterization I’ve seen a Yankee writer ever say about the manager.

Here’s the thing I do not understand. The Yankees took pains to put a happy face on A-Rod’s farewell. Brian Cashman, for once, had classy comments, and him taking off his 2009 World Series ring and crediting to Rodriguez was the highlight of the presser. Girardi seemed sincere at the time in his praise of Rodriguez.

And the next day, Hal Steinbrenner even told Michael Kay that he wanted A-Rod to work with the new rookie shortstop prospects in Tampa, and said there was nobody better to do so, even though shortstop Jeter lives in Tampa!

So why back off of the promise to play Rodriguez? Was Joe worried that Alex would be motivated by the Fenway faithful’s boos and hit one or two out? Did the front office tell him to renege on the promise?

Matthews thinks this is all Joe, and so do I, especially given the way Girardi acted in Wednesday’s presser, practically spitting out the words about not running a farewell tour.

But does Joe not realize that his dishonesty has repercussions? As Klapisch noted:

He wasn’t just wrong, he was dishonest. A-Rod isn’t anyone’s idea of a hero, but teammates won’t forget it was Girardi who promised to “find a way” to play the slugger in all three games in Boston.

I was a big fan of Girardi as a manager at the beginning, but I’ve had mixed emotions about him in recent years. Until now, though, I always thought he was a decent human being. A man of faith. Now I have zero respect for him. Either he thought this was a good idea to sabotage Rodriguez and go back on his word, or the front office did, and Joe didn’t stand up for the right to make out the lineup card the way he wanted to do. Either way, it shows zero integrity on Girardi’s part. None.

A-Rod has done a lot of dumb and bad things over the years. But let’s not forget that without him, Joe would still be wearing #27 on the back of his jersey. Scratch that — Girardi would have lost his job years ago, as would Cashman. Even snoozing Hal wouldn’t have put up with 15 years without a ring!