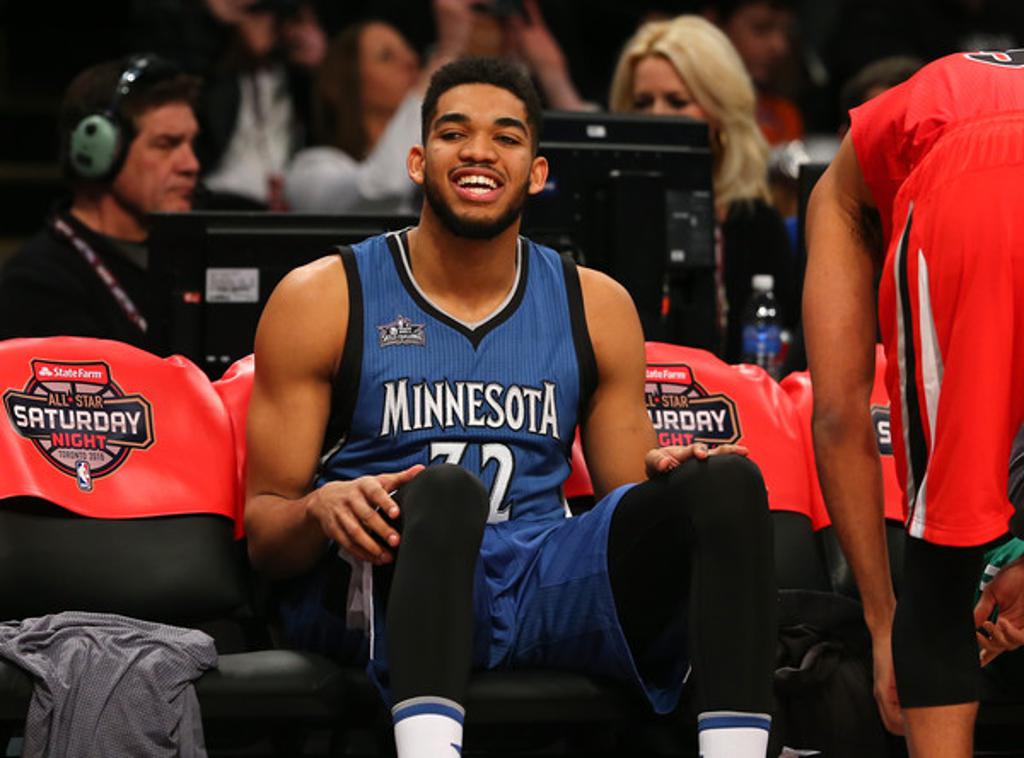 The face of the Minnesota Timberwolves franchise is now the face of a mobile app too. Rookie of the Year center Karl-Anthony Towns was chosen to represent MyNBA2K17 as the cover player, according to FOX Sports. The My2K app is the mobile companion to the NBA 2K17 video game.

Towns says he is a “dedicated 2K fan” and that the game is an “essential part of [the] offseason” for him.

The app allows users to connect directly to the video game by creating a personalized player via face scanning technology, according to FOX Sports.

If 2K sticks with its pattern of choosing cover players, Towns could be the face of the NBA 2K18 video game next season. Indiana Pacers small forward Paul George was selected as the cover player of the 2K17 video game after representing the app last year.

Towns is a fitting choice for the mobile . At just 20 years old, he is the same age as its main demographic of users. Towns has also been the subject this summer of some television programming  targeted toward youth.

In May, Towns was nominated as the ‘Best Newcomer’ for Nickelodeon’s “Kid’s Choice Sports Awards”. He also appeared on Disney’s television sitcom “Gamer’s Guide to Pretty Much Everything”.

Youth has been the theme lately in Minnesota. Last season, Towns joined with small forward Andrew Wiggins and shooting guard Zach LaVine to become the first trio of NBA players under the age of 21 to each score 20 or more points in a single game, according to ESPN Stats & Information.

The Wolves are betting their future success on a young core of players led by Towns. Lucky for KAT, there is no known ‘cover curse’ associated with NBA 2K.