Is This Yankee Fan Squawker a Good Luck Charm for the Mets?

Is This Yankee Fan Squawker a Good Luck Charm for the Mets? 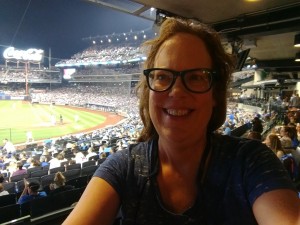 Me in the Verizon suite.

Fun news: I got another very cool invite from the good folks at Verizon, and had a fun evening last night thanks to them!  Last year, I got to sit in Verizon’s suite at Citi Field for a Mets game and cover Opening Day — and test out the Verizon Ellipsis 8 tablet. Last night, I got to sit in the same suite and watch the Mets beat the Phillies, and test out the new Moto Z smartphone, which comes with a lot of cool accessories or “mods.” (More on that in a second!)

This Yankee fan has been a good luck charm for the Mets at Citi Field this year. I saw them beat the Dodgers in May, the Cubs in June, and the Nationals a few weeks ago. And now they beat the Phillies in September last night to stay in the NL Wild Card hunt! 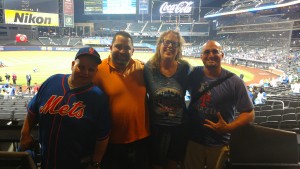 Dom, Michael, me, and Chris after the game.

Anyhow, a bunch of baseball bloggers got invited to cover last night’s game from the Verizon suite, and to try out the Droid phone: Michael Ganci from the Daily Stache, Dom Di Fucci from Mets Chronicle, and Chris the Teacher from Mets Merized Online. I had met Dom before, and I know Michael from being longtime Facebook friends with him. It was good to talk to all three of them last night.

We also got to meet Kaitlyn, the PR person who arranged this evening. She came up from Philadelphia for the game, and was very fun to talk to. 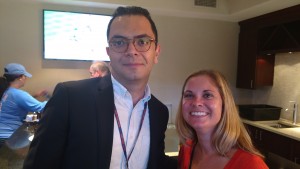 Kaitlyn and a networks expert from Verizon explained the technology to us.

I was the lone Yankee fan last night, although I blended in by wearing my 2013 All-Star Game shirt from Citi Field.

Anyhow, the suite was pretty awesome. We were on the third base side, field level, just to the left of home plate. The views were sublime. And the food was pretty good, too. The best thing about sitting in a suite at Citi Field is getting Shake Shack food, like the Shackburgers, without having to wait online! 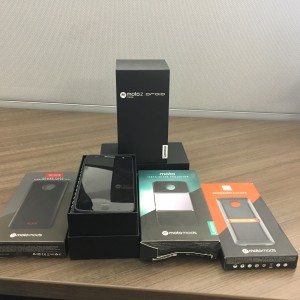 The Moto Z and its mods.

The Moto Z takes pretty good photos. All of the game pix in this Squawk are from it. It also has three pretty cool accessories: a battery pack charger than attaches to the back of the phone, a speaker to play music from the phone, and a projector attachment to use the phone to run slide shows and videos. I will get to test out the phone for the next few weeks, so I will check out these functions and see how they work. The battery pack is pretty cool; I used it last night.

I also noted that the plug-in phone charger works much more quickly than my iPhone charger does.

We also learned at the game how Verizon has a ton of cell phone coverage at the ballpark, with antennas everywhere to make the wireless coverage seamless. 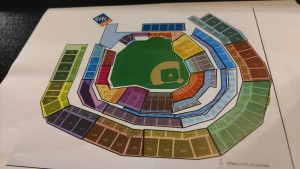 A map of Verizon’s service in Citi Field.

As for the game itself, it was Free Shirt Friday. Squawker Jon will be getting the Mets shirt I got, which is for Travis D’Arnaud. Speaking of which, the catcher got his first RBI in a month, although it seemed much longer. Fellow blogger Michael showed me a tweet which joked that the last time D’Arnaud had an RBI, Paul Revere announced it on horseback! Michael Conforto also had a good game, with three RBI.

And, of course, the Mets won. Of course they did. I was in the house, after all! Some Mets fans on Facebook are joking about taking up a collection to get me to every game as a good luck charm. Heh.

Thanks to Verizon for the phone night and the loan of the Moto Z. I will put the phone to good use over the next few weeks!