Some Thoughts on Tradition and the Lyndon Slewidge Situation

For an organization that is celebrating the 25th season of its modern existence, the Ottawa Senators have a peculiar way of embracing tradition.

After long-time anthem singer Lyndon Slewidge was conspicuously absent from the team’s first two home games — featuring prominent opponents in Toronto and Montreal — the volume of social media commentary pointing this out prompted a Postmedia inquiry into the matter.

According to the Bruce Garrioch report, Slewidge “confirmed to Postmedia on Monday night that he has not heard from the organization regarding a contract renewal for the 2016-17 campaign.”

As dumb as the use of anthems before sports events are, the outcry was predictable and not just because hey, it’s the Internet.

For whatever reason, the Senators have a proclivity to distancing itself from the quirks and traditions that fans enjoy.

Whether it’s the absence of Slewidge, reneging on promises to negotiate an extension with Daniel Alfredsson in his final season here, the continued use of the team’s jerseys, or the club abandoning the use of the pre-period Sens theme that leads the players back out onto the ice a few years ago, the organization perchance for tone-deaf decision-making.

The Senators issued a statement outlining their decision not to renew Slewidge’s contract.

“As part of the Senators 25th anniversary celebrations, the team is trying a number of new in-arena activations for the fans, including inviting other performers and artists to sing the national anthems

This does not mean Lyndon will not be invited to sing at games in the future, just not as often as he had in previous seasons.”

Unfortunately, for as much as the organization is playing up the angle about giving their fans an opportunity to sing at games, it reads like this is a cost-saving measure.

Whether that’s a fair assessment is open to interpretation, but with so much attention being drawn to the team’s internal budget and cost-saving measures, you can’t blame fans for arriving at this conclusion.

This perception certainly isn’t helped when Slewidge tells Garrioch that “I would gladly go back. The terms of what we have had in the past has always been reasonable and has always worked … It’s really their call.”

If there is any silver lining, it’s that the organization has shown an ability to do things really well. It never should have come to it, but Alfredsson’s retirement announcement and pre-game skate eveny was handled unbelievably well.

I just wished this organization had the foresight or maybe even the means to avoid these instances.

Freelance writer for The Athletic Ottawa

View all posts by Nichols
Read next 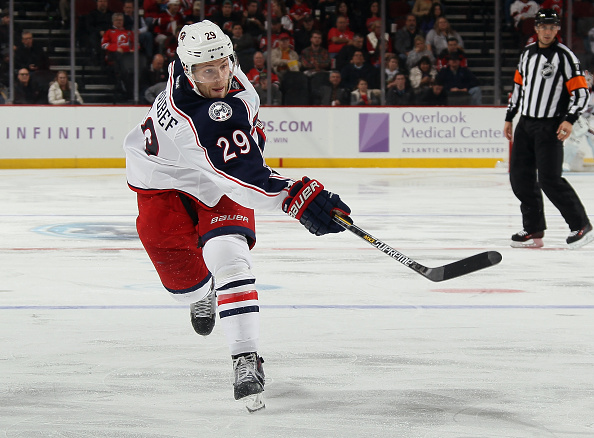 Being forgotten isn’t the worst thing in the world, you can go about your business and pleasantly surprise people along the way. Cody Goloubef seems...