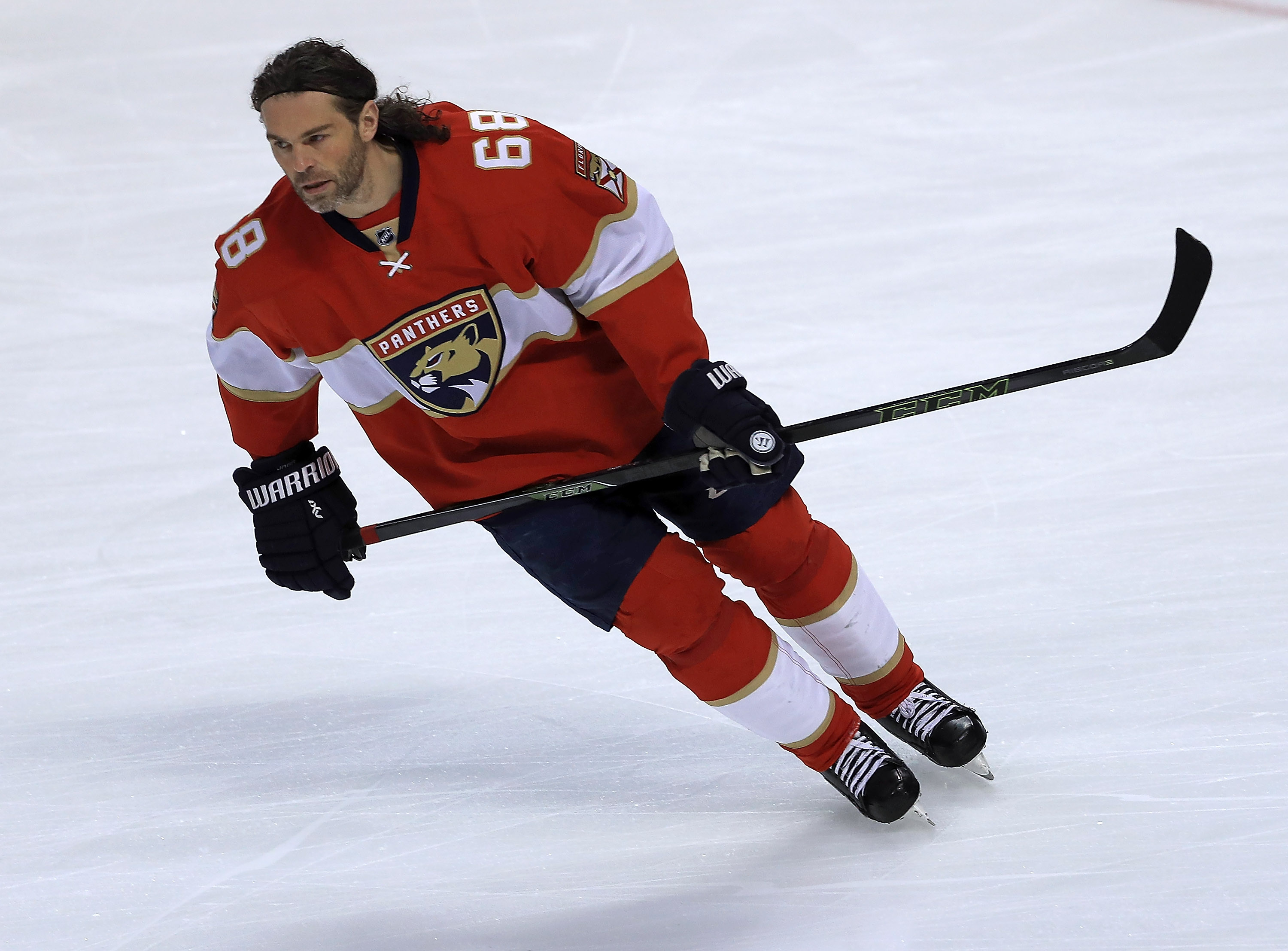 Keith Yandle: OK, so I’m 7 years older than you.

KY: Thanks for that exposition. But I’m turning 30 this year, which makes me a vet in this league.

KY: OK, but Jagr was already a teenager when I was born.

KY: Right? I’ll do you one better. By the time you were born, Jagr already had 93 regular season goals.

KY: He’s  only the third player in the history of the NHL to reach 750 goals.

KY: What, not shocked by that?

VT: No. OF course he has a bunch of goals. Jagr is really f’ing old.