The good, the bad and the deplorable 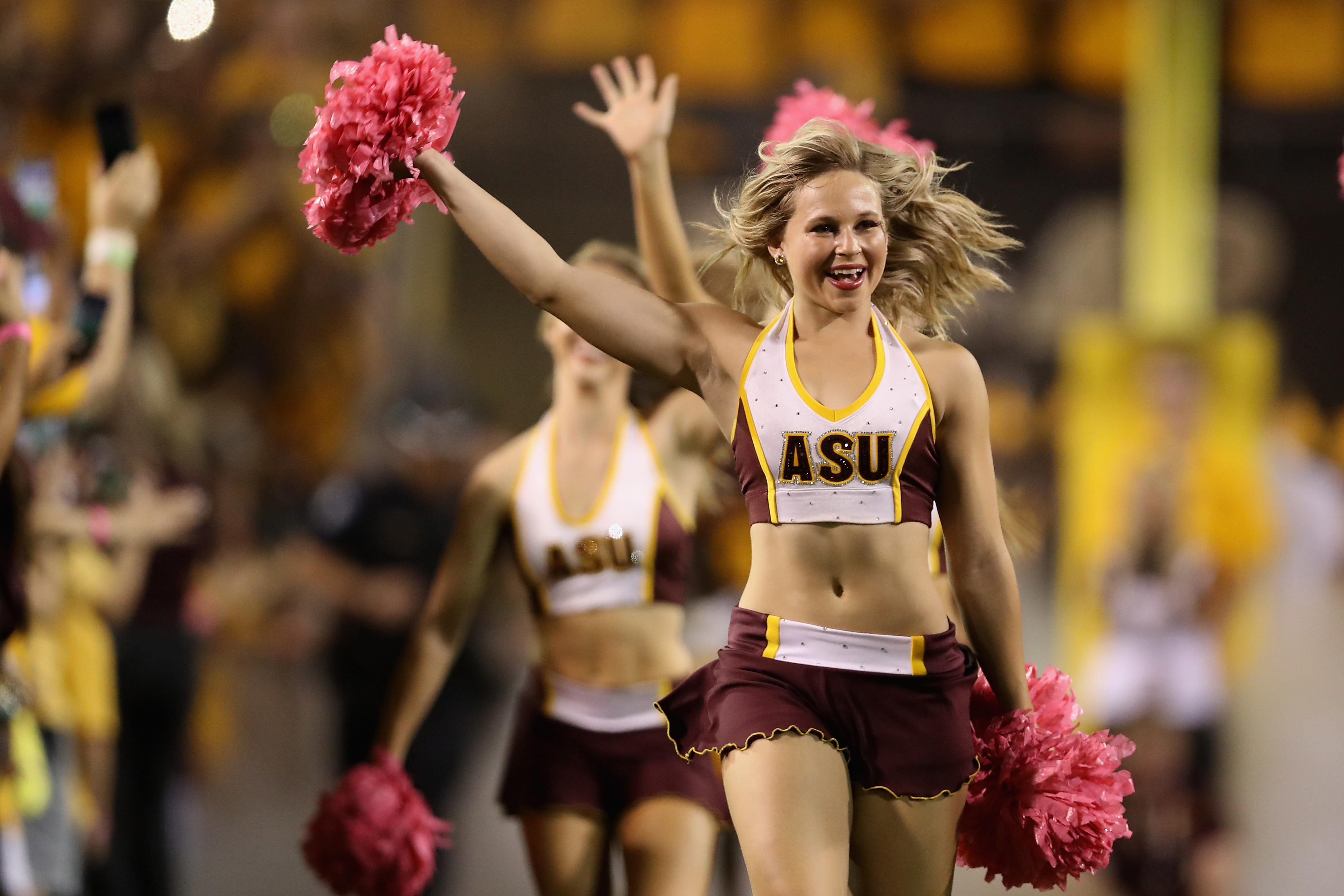 The good, the bad and the deplorable

TEMPE, AZ – OCTOBER 22: Arizona State Sun Devils cheerleaders take the field before the first half of the college football game against the Washington State Cougars at Sun Devil Stadium on October 22, 2016 in Tempe, Arizona. (Photo by Christian Petersen/Getty Images)

Saturday afternoon’s matchup with Arizona State is a clash of two teams that really need a win.

The Ducks have lost five straight and have the nation’s worst defense.

The Sun Devils are in a living fan hell of their own, losers of three of their last four, a stretch in which they’ve averaged averaged 22 points and 264.3 yards, scoring just 8 touchdowns, two of those in garbage time.

Head coach Todd Graham is down to his #4 quarterback after injuries to Brady White and Manny Wilkins. Wilkins is day-to-day with a shoulder stinger and a bad ankle.

The Ducks haven’t forced a turnover in their last three games, and have recovered just one fumble all season.

The much-maligned and youthful defense showed proof of life in the second half of their overtime loss to Cal, putting together some stops and showing some backbone. True freshmen defensive tackle Wayne Tei-Kirby and linebacker Keith Simms provided some spark off the bench.

In Tei-Kirby and Simms, plus true freshmen starters Troy Dye and Brenden Schooler, it feels like the Ducks are making some progress towards toughness and respectability. Through seven games the 2-5 Ducks rank 128th in team defense, surrendering 538.6 yards per game, dead last in the FBS, 43.3 points per game, which ranks 126th out of 128 FBS teams.

In last week’s 37-32 loss to Washington State, Graham and his staff succeeded in manufacturing offense with trickeration. They lined up in the Devil-back formation with tailback Demario Richard in shotgun. They ran reverses, halfback passes, wide receiver passes, anything to disguise the fact that freshman quarterback Dillon Sterling-Cole was 7-16 passing for 86 yards.

Keeping it close was a moral victory, but Duck fans know how dissatisfying and unpopular those are.