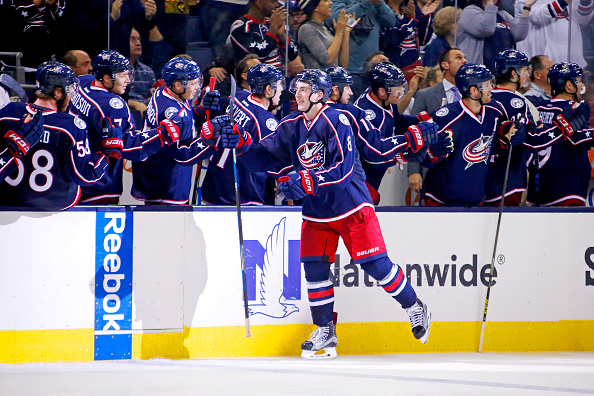 Rather then writing a mailbag each week, I am going to try and tackle some topics and put my thoughts out via the world wide web. Sometimes it may be one take, other weeks it could be multiple takes. Either way, we’re going to get through the hockey season together. If you have any suggestions for column topics, shoot us a tweet and we’ll make sure to take note of your thoughts.

This may come as a surprise to some but to many onlookers that have seen Werenski play over the course of the past year, this shouldn’t be a surprising revelation. Werenski leads all Jackets defensemen in points and is also the top possession perfomer as well from the back end. Being paired with Seth Jones is certainly a big help, but Jones isn’t carrying him either as Werenski has been staying afloat without him on the ice as well.

Not to get too ahead of ourselves, a five game sample size is tiny in the grand scheme of things. The problem for doubters is that he isn’t going to be slowing down anytime soon. He will only get better with time and with it the ability to adjust to the pro game at a more rapid pace.

You may think I am forgetting about Jones, the presumed number one defensemen on this team. It couldn’t be further from the truth. You can recognize his game and appreciate it, all while realizing that Werenski is already the more dynamic and game-changing player.

Too spicy of a take for you?

Put Brandon Dubinsky anywhere other than the top line

The Church of Brandon Dubinsky may be a small parish with very few practicing participants but I am one of the few that believes in him ad nauseam. Any opportunity to defend his play to others was a good day for me, especially when he was selected to be on the World Cup of Hockey. His track record shows that he is a borderline first line center who can possess the puck with the best of them.

His performance in the WCoH was forgettable, and it did seem like a good way for him to get his feet under him and hit the season running. Other than a couple of stand out preseason games, Dubinsky has stunk to the high heavens. Last year Dubinsky had just over 30 or so games where he had a CF% lower than 50%, he has done that every game this season thus far. The most disturbing part of his game has to be the high danger CF%, routinely last year he would demolish other teams in this regard. If you were getting shot attempts from the outside, that was fine, you would rarely if ever find anything in front of the net when he was on the ice. This year, he has hit the 50% mark once (against the Blackhawks last week). Dubinsky had nearly 60 times last year where he had a HDCF% above 50%, easily one of the best marks on the team.

Unless Dubinsky has fallen off a cliff and is nowhere near the same player he once was, they need to give him a chance with different line-mates and varying levels of ice time. If this Jackets team wants to be successful over the long run, they need him to be a key player, not a shell of his former self.