To turn their season around, the Oregon defense needs to start turning the ball around 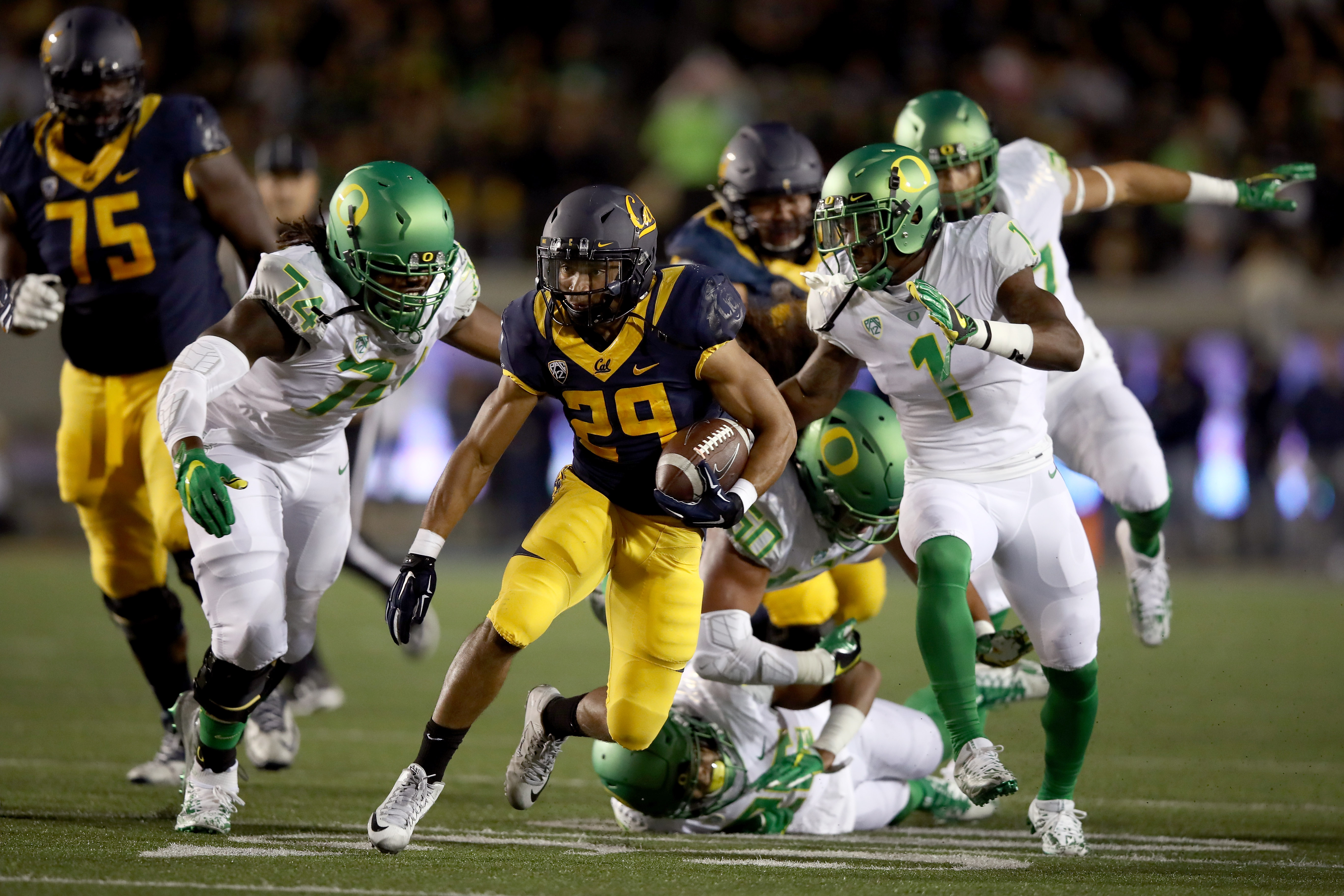 To turn their season around, the Oregon defense needs to start turning the ball around

Khalfani Muhammad and Tre Watson ran wild on the Ducks, partly because Brady Hoke’s defense never takes away the football. They lack disruption and aggression. (Photo by Ezra Shaw/Getty Images)

As the Ducks prepare for Arizona State, give thanks for continuity and progress.

Oregon’s defense is designed differently than traditional powers from the SEC, partly from necessity. The Ducks aren’t built to smother opponents in 21-13 defensive battles. They defend a lot of plays while the offense scores quickly. They have to play a deep rotation, and the emphasis on speed and athleticism dictates that they look to make key stops and turn the football around with big plays, interceptions and forced fumbles. The Ducks aren’t blessed with a grind-it-out defense, populated with stud 6-3, 250-lb. linebackers with 4.5 40s, and 320-lb. nose tackles that eat a guard and a center for lunch.

Back in the Nick Aliotti days when the defense worked, they thrived with takeaways and big plays. Remember Cliff Harris pick six at Tennessee, or Eddie Pleasant blasting Chris Owusu for the key fumble and returning the ball to the three? Plays like that helped produce a national championship season.

The current Ducks have had one fumble recovery all year. One.

Saturday against Cal they dropped three potential interceptions. Any one of those would have been a huge play.

Plays like that help restore a defense’s confidence and swagger.

Defense takes boldness, aggression and passion. It requires intensity and will. Making some plays defensively increases the hunger, the savagery of the unit, the sense of a being a corps rather than a corpse.

Sometimes these Ducks indeed look like the walking dead in the red zone. Opponents are scoring there 92% of the time.

Hoke needs to identify a couple more Brendan Schoolers and Troy Dyes among their freshman class. Help is along the way for next year in the form of Sampson Nui, Demmodore Lenoir and Rutger Reitmaier, but unless the current Ducks start playing better defensively, the recruiting class could be disrupted by massive changes in the coaching staff.