Biggest surprises from Week 8 in the NFL 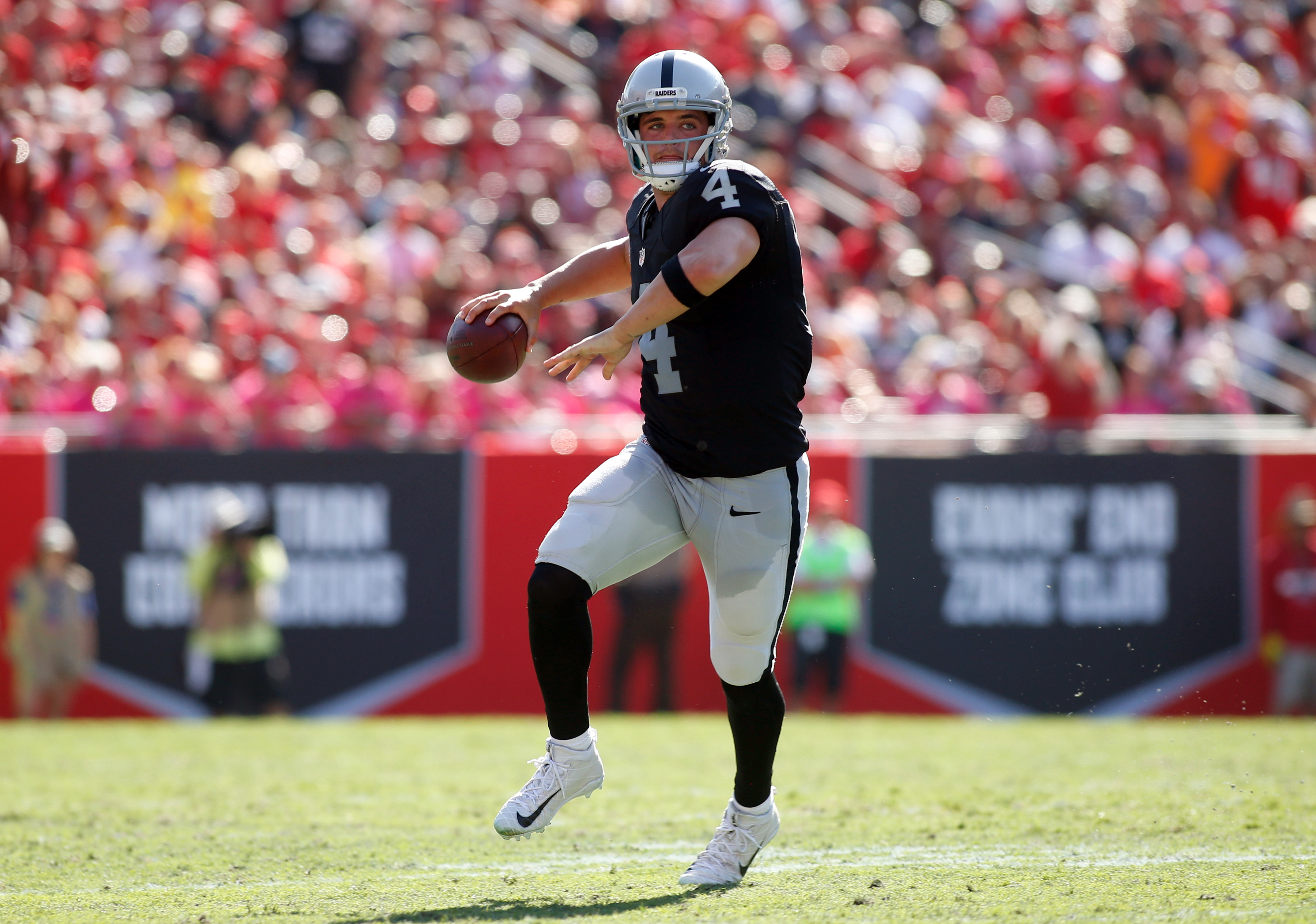 Biggest surprises from Week 8 in the NFL

An unsatisfying tie in London, a season-saving upset by the New Orleans Saints and a penalty-filled road win from the Oakland Raiders highlighted a few of the biggest surprises from Week 8 in the NFL.

Those weren’t the only surprises, however. Here is a closer look at more from this week:

Imagine flying all the way to London to play 75 minutes of football in a foreign but electric atmosphere, only to return to the United States with the unresolved result that is a tie. That’s the uncomfortable feeling facing the Washington Redskins and Cincinnati Bengals, who played to a 27-27 draw at Wembley Stadium on Sunday. It marked the league’s second tie in as many weeks, joining the 6-6 tie played by the Arizona Cardinals and Seattle Seahawks last Sunday night.

The NFL hasn’t had two ties in a single season since 1997.

The game only got to overtime thanks to a missed extra point by Bengals kicker Mike Nugent in regulation. But the real heartbreaker came from Redskins kicker Dustin Hopkins, who missed what would have been a game-winning field goal from 34 yards out with 2:13 left in overtime. Neither team will feel good about the result during the long flight home from London.

With their season hanging in the balance, the Saints made a last-second defensive stand against Russell Wilson to complete an upset of the Seattle Seahawks in the Superdome. Quarterback Drew Brees threw a touchdown pass and rushed for another, but it took a stop on the final play of the game for New Orleans to escape a Seattle comeback. On fourth down with two seconds left, Seahawks receiver Jermaine Kearse failed to get two feet down in the end zone against tight coverage—giving the Saints a 25-20 win.

Overall, New Orleans ran 72 plays and managed 28 first downs against the Seahawks’ top-ranked scoring defense. Brees completed 27 of 35 attempts and finished with a 107.4 passer rating, while backup running back Tim Hightower rushed for 102 yards on 26 carries. Now 3-4, with a season-saving win over the Seahawks and a chance to play the 1-6 49ers coming up next week, the Saints are still alive—at least temporarily.

Two separate head injuries suffered by Alex Smith forced the Chiefs to turn to Foles, and the former starting quarterback for the Eagles and Rams delivered in a relief role against the Colts. Foles threw for 223 yards and two touchdowns, including a 17-yard score to Travis Kelce in the first half and a 34-yard score to Tyreek Hill on the first drive of the second half. Two field goal drives in the fourth quarter capped off Kansas City’s 30-14 win in Indianapolis.

The final numbers were good for Foles, who finished with a 135.2 passer rating and zero turnovers. Not bad for a backup who was jettisoned by the Rams before the 2016 season. The Chiefs have now won three straight games to improve to 5-2.

It wasn’t pretty in Tampa Bay, but a win is a win for Jack Del Rio’s road-tested team. The sloppy, undisciplined Raiders somehow overcame an NFL record 23 penalties, with Derek Carr’s touchdown pass to Seth Roberts on fourth down stunning the Buccaneers late in overtime at Raymond James Stadium. The victory improved Oakland to 5-0 on the road, including back-to-back away wins in the state of Florida.

A developing superstar, Carr threw both the game-tying and game-winning touchdowns—while also setting the Raiders franchise record with 513 yards passing and becoming just the third quarterback ever to throw for 500 yards, four touchdowns and zero interceptions in a single game. Oakland is flying high at 6-2, and Carr—who has 17 touchdowns and only four interceptions this season—is suddenly a serious MVP candidate. Like all great quarterbacks must occasionally do, Carr willed the Raiders to a win in a game they probably deserved to lose.

A Panthers defense that destroyed Carson Palmer in last year’s NFC title game finally showed some signs of life against the Cardinals quarterback and his team on Sunday. Carolina sacked Palmer eight times, returned a fumble 46 yards for a touchdown and held do-it-all running back David Johnson to just 24 yards rushing.

A defense that came into the game allowing almost 30 points per contest paved the way for the Panthers’ 24-0 lead in the first half. After Thomas Davis returned a Palmer fumble for a defensive touchdown on Arizona’s first possession, the Panthers allowed exactly one yard on the next four series, which all ended in punts. The end result was a much-needed win for the Panthers, who are 2-5 and still clinging to life. The Cardinals aren’t in much better shape at 3-4-1.

For the first time in a long time, Aaron Rodgers looked like a two-time NFL MVP. Despite injuries robbing his supporting cast of Eddie Lacy, James Starks, Randall Cobb, Ty Montgomery and Jared Cook, Rodgers still turned in a vintage performance in Atlanta—throwing for 246 yards and four touchdowns and rushing for a team-high 60 yards in Green Bay’s 33-32 loss to the Falcons.

Rodgers gave the Packers a late lead on a touchdown strike to Jeff Janis with 3:58 left, but a depleted Green Bay defense was unable to hold the advantage against Matt Ryan. While there’s no sugarcoating a loss, Rodgers is starting to look more like he did in his MVP years. He’s thrown seven touchdowns, with no interceptions and a passer rating of 111.7, over the last two games.