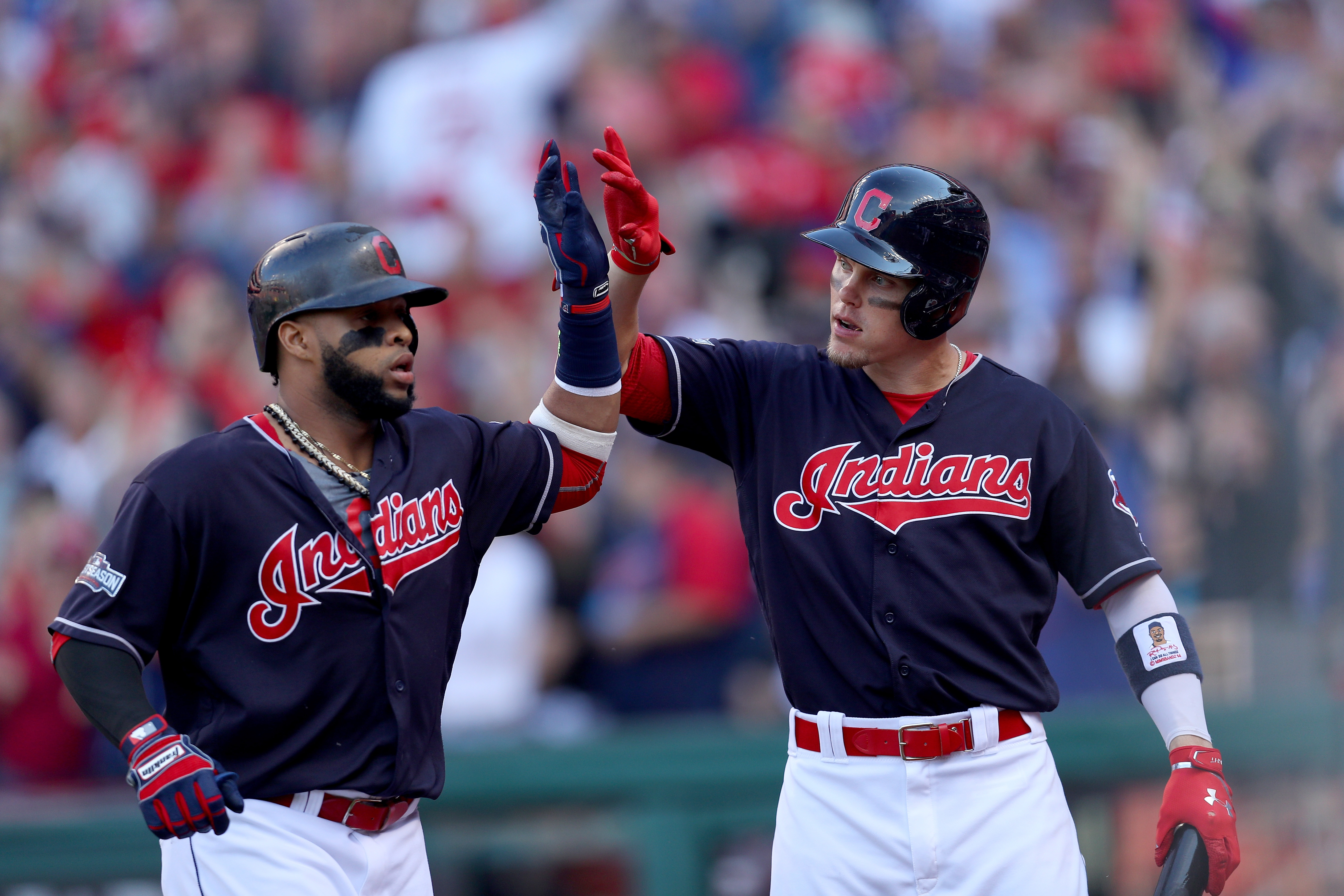 Against the left hander, Jon Lester, Terry Francona switched up the line-up again, trying to maximize his offensive performance without costing too much on defense:

With Lester’s known issues with base runners, Francona will lead off the speedy Davis again with stolen base threats coming with each of the first three batters. Santana will move down to fifth for the first time, playing left field for the second game of the series. This pushes Ramirez down to sixth with Guyer in right taking the place of Lonnie Chisenhall. Most likely, if the Indians can score early we will see Chisenhall enter the game for defensive purposes and Santana come out or move to first.

Joe Maddon has also made some changes, moving Russell up to fifth instead of Willson Contreras, who will ride the bench with Ross catching Lester again. While Ross isn’t a poor defensive catcher, Contreras has been on his toes throwing to all bases all series and one would have to think the situation with Lester on the mound and Ross behind the plate is perfect for the Indians running game. Heyward will start in right again after reaching base a few times in each of the last two games.