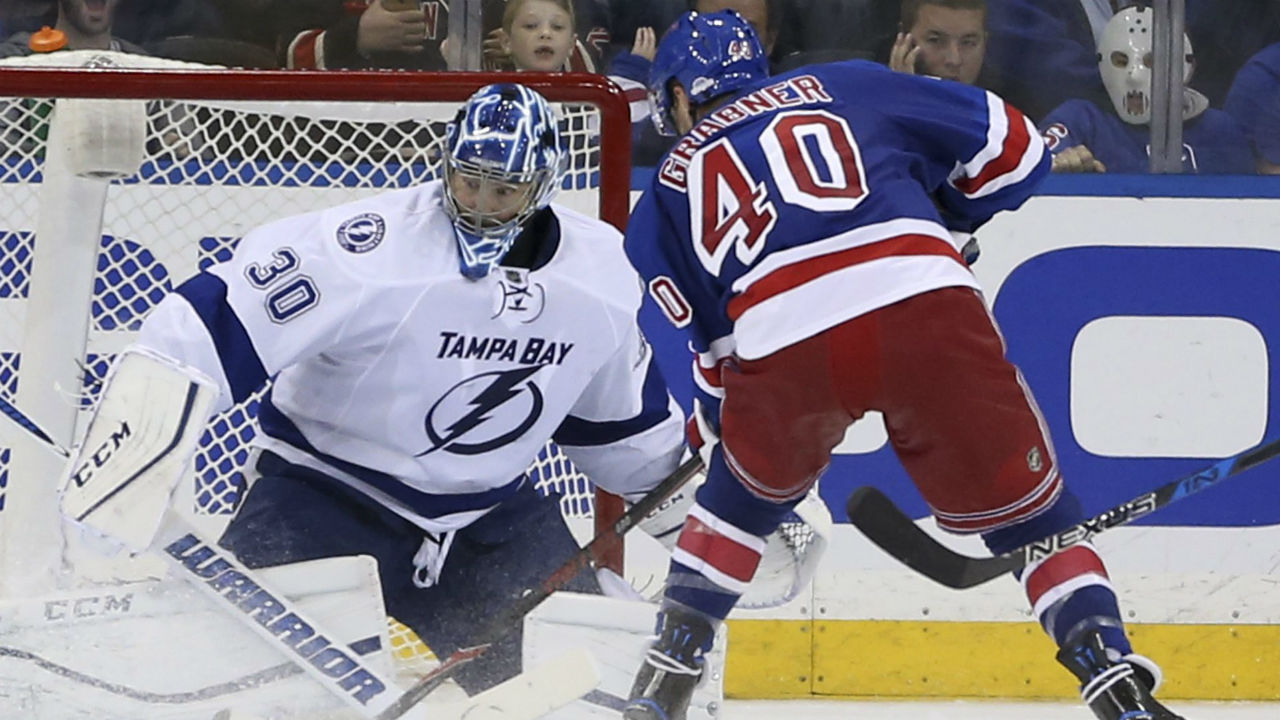 Michael Grabner netted a hat trick and Rick Nash, Jimmy Vesey and J.T. Miller also scored as the Rangers embarrassed the Lightning 6-1 who have lost three in a row.

Nash, Grabner and Vesey all scored in a span of two minutes, 19 seconds midway through the second period to give the Rangers a 3-0 lead. Kevin Hayes had three assists.

All of New York’s goals came at even strength. The Rangers were 0 for 5 on the power play and Tampa Bay went 1 for 4.

GAME NOTES: Tampa Bay RW Ryan Callahan made his season debut. Callahan, a former Ranger,N had missed the Lightning’s first eight games as he recuperated from offseason surgery on a torn labral in his right hip. … Nikita Kucherov also played after missing Tampa Bay’s last game, a 3-1 loss to New Jersey on Saturday night, with an upper body injury sustained in the first period of the Lightning’s 3-1 loss to the Canadiens in Montreal Thursday night. … Prior to the game, Tampa Bay announced C Cory Conacher had been sent down to AHL Syracuse. Conacher had played in one NHL game this season, Saturday’s loss at the Devils. … The Lightning scratched D Matt Taormina and RW J.T. Brown. . Rangers LW Chris Kreider missed his fourth straight game with neck spasms. . New York scratched D Adam Clendening.

The Lightning are at the New York Islanders on Tuesday night.