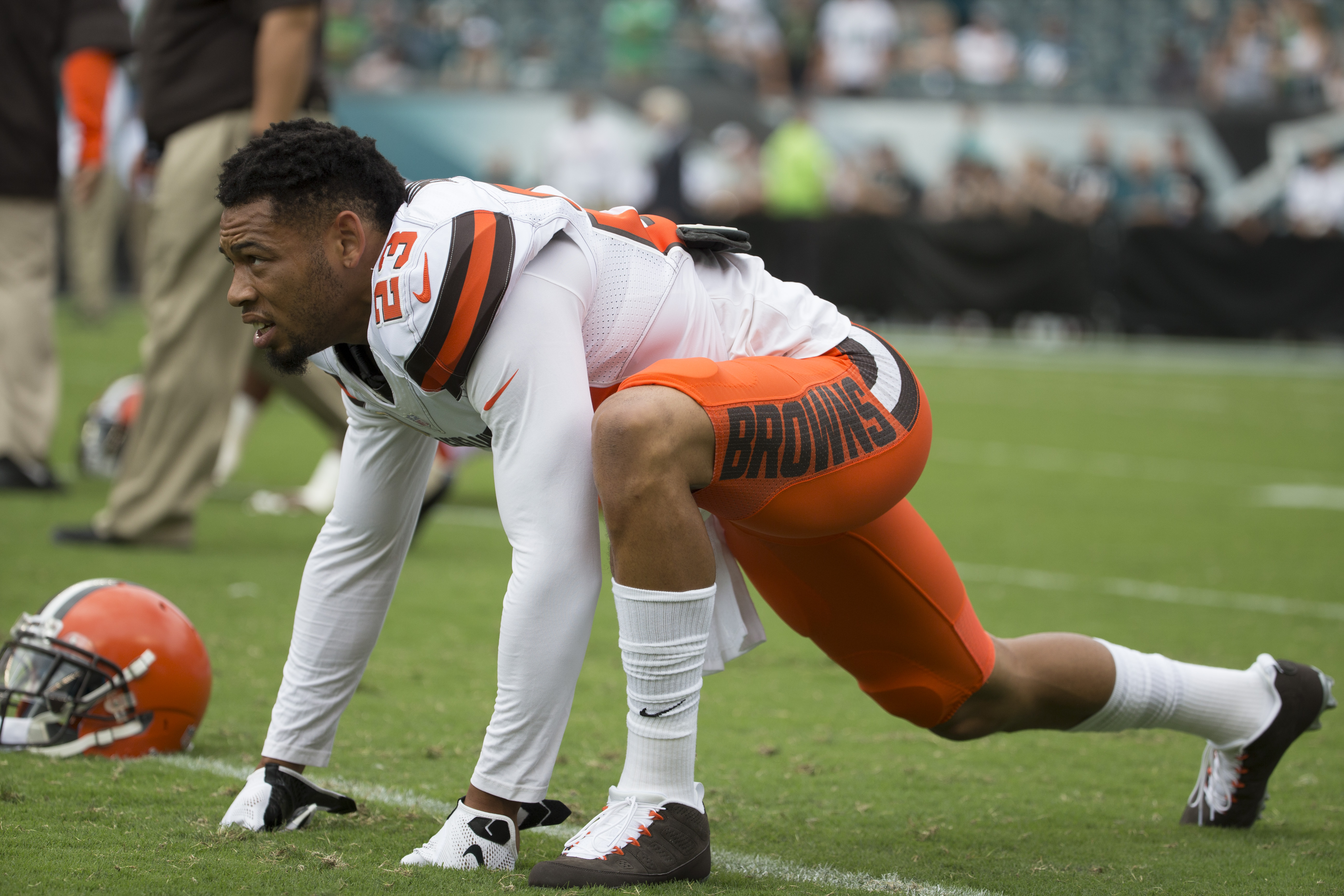 Haden has once again spent time on the shelf with injuries this season, though remains one of the more attractive trade chips on the market.

According to NFL Network’s Ian Rapoport, the Browns have floated the idea of Haden out there:

Mentioned on #NFLGameDay one big name that's been part of trade talks: #Browns CB Joe Haden. If he shows he's healthy, this could ramp up

Haden hasn’t played a full season since his rookie year. He only played in five games last year and has made it through all of four this season while dealing with issues.

Still, Haden has potential as one of the better corners in the league if he can stay healthy, which is why his play has dipped so much over the past two seasons.

The biggest obstacle with Haden outside of health is cash. He’s a base salary of more than $10 million through 2019, a steep price for a team trading with the Browns to pay.

Alas, Haden is now one of the biggest names to watch on the trade block. Stay tuned.