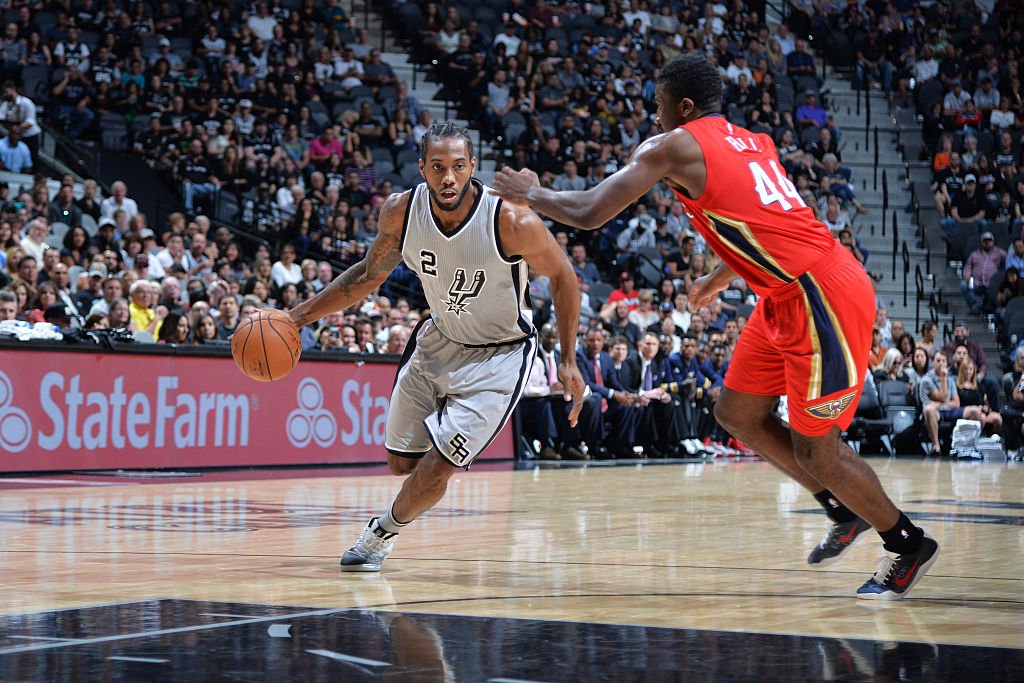 The San Antonio Spurs returned home for the first time without Tim Duncan. It was the beginning of a new era at home and it started off much like seasons past, with a win.

Kawhi Leonard scored 20 points as he led the Spurs to a 98-79 win over the New Orleans Pelicans at the AT&T Center on Saturday night in their home opener.

Leonard started off slow, thanks in part to the New Orleans defense on him early. He found his groove in the second quarter and never looked back.

“They were being very aggressive on those pick and rolls with me,” said Leonard. “Defense was collapsing very quickly. Just tried to get involved very slowly. … I just got a feel for what they were doing in that third quarter, made some shots and just kept it going from there.”

The Pelicans were led by Anthony Davis’ 18 points. He shot just 6-of-15 from the field after scoring 95 points in the first two games combined. E’Twaun Moore also had 18 in the loss for New Orleans (0-3), who were playing the back end of a back-to-back.

Going young: With a blowout, Spurs coach Gregg Popovich elected to play several rookies in garbage time. Dejounte Murray, Bryn Forbes, Nico Laprovittola and Davis Bertans all made their Spurs debut on Saturday, with Laprovittola having the biggest impression.

Up next: The Spurs are now 3-0 on the season and will return to the court Sunday when they face the Miami Heat at 5 p.m. inside the American Airlines Arena.