Drafting Well Is The Only Way Forward 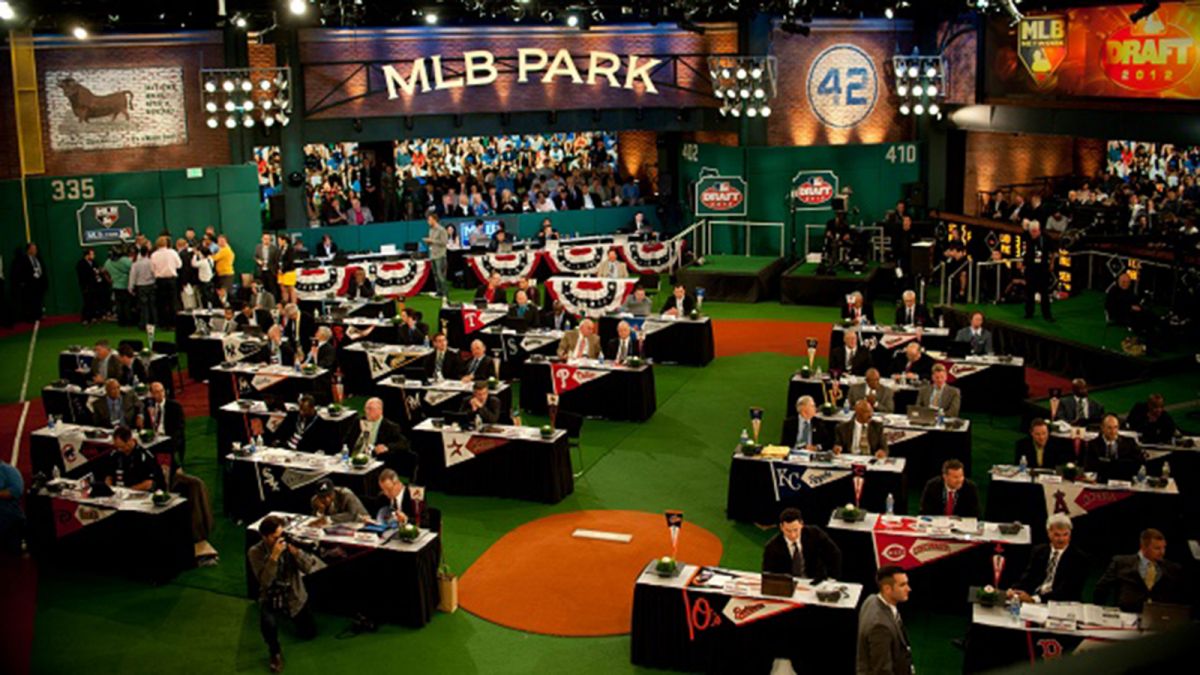 Drafting Well Is The Only Way Forward

The Cubs may or may not comeback and win the 2016 World Series.

Either outcome isn’t going to make it any easier for the Cardinals to compete with them for the 2017 NL Central crown, though.

The Cubs are really good. And with super-productive cost-controlled players that still haven’t peaked, the Cardinals can’t apply Band-Aids to bullet holes.

They’re going to have to build from the bottom up.

Here are two things that are true:

1. The days of the best players in baseball hitting free agency right before their prime or in their prime are gone.

This is the new normal. If you’re a team transforming superstar, you’re going to get a similar type of deal where you leave some money on the table, but get PAID sooner. It works well for both the team and the player – both sides give up something, but both are closer to something resembling ‘fair’.

Banking on acquiring the best of the best by cutting checks? That’s not where the game is heading. Yes, there are free-agents to be aquired. Mike Trout, Bryce Harper, Kris Bryant et al. won’t be, though.

2. The days of terrible trades that are comically lopsided in retrospect aren’t gone, but fleecing another team will be more luck than skill.

In 2009 Matt Holiday was traded to the Cardinals for Clayton Mortensen, Shane Peterson and Brett Wallace. I don’t believe the A’s ended up happy with the outcome. (In fairness, they weren’t going to sign Holliday when he became a free-agent after the season… but still, not exactly a haul A’s management updated their LinkedIn about.)

Everyone’s got access to Baseball-Reference. Every team has SABR researchers on the payroll. GMs know that big deals with big names open them up to, well, not so pleasant outcomes.

An example timeline, for us to consider:

DEC (2016): The Diamondbacks trade prospects Aaron Blair, Ender Inciarte and Dansby Swanson to Atlanta for Shelby Miller and Gabe Speier. Miller is coming off a 3.6 WAR season for the Braves in 2015.

DEC: Moments after the trade – literally moments – pundits on ESPN are already claiming that the Diamondbacks have been “robbed“. Miller hasn’t pitched an inning for the D’Backs.

MAY: Yahoo! writer Jeff Passan already is putting it in the conversation as one of the worst trades of the past 25 years.

AUG: Dansby Swanson gets called up to the Braves and ends up hitting .302 in 145 plate appearances. Appears to be legit.

OCT: Diamondbacks GM Dave Stewart is dismissed from his job

In the course of 10 months, Mr. Stewart went from making a bold move to put the D’Backs in (at the time) serious contention for the NL West crown to fired. Obviously this single transaction wasn’t the only reason Arizona moved on from his services… but Stewart did go all in on Miller and busted. If he wants to stay in MLB management roles, he’s going to have to do some serious explaining about this trade to his new employer.

The teams of the future are going to need to do one thing well: draft.

And, to the Cardinals credit, they’ve drafed about as well as they could, considering it’s been years since they’ve had great positions to pick from.

Now that they’ve got to chase a rising title contender, though, great drafting is paramount.

Unfortunately, the Cardinals are most likely going to lose multiple draft picks when MLB punishes them for logging on to the Astros’ data platform without permission.

Derrick Goold reported that MLB Commissioner Rob Manfred still doesn’t have a timeline in place for doling out the Cardinals punishment:

While Major League Baseball commissioner Rob Manfred described the process as “ongoing” with a hopeful resolution on the horizon, it is apparent that his office does not want to impose any deadlines or timelines on the investigation into a Cardinals executive’s illegal hacking of another team’s database.

Manfred reiterated Wednesday, before Game 2 of the World Series, that the intent of the investigation is to be thorough. He has previously described his wish to not let it linger deep into this off-season.

I believe that the Cardinals are smart enough to know that the next few drafts are going to determine if they can keep pace with the Cubs and compete for playoff spots over the next several seasons.

But until they know what they will/won’t be working with… it’s hard to tell just how difficult this will be.