Hornets Split their first back-to-back of the Season 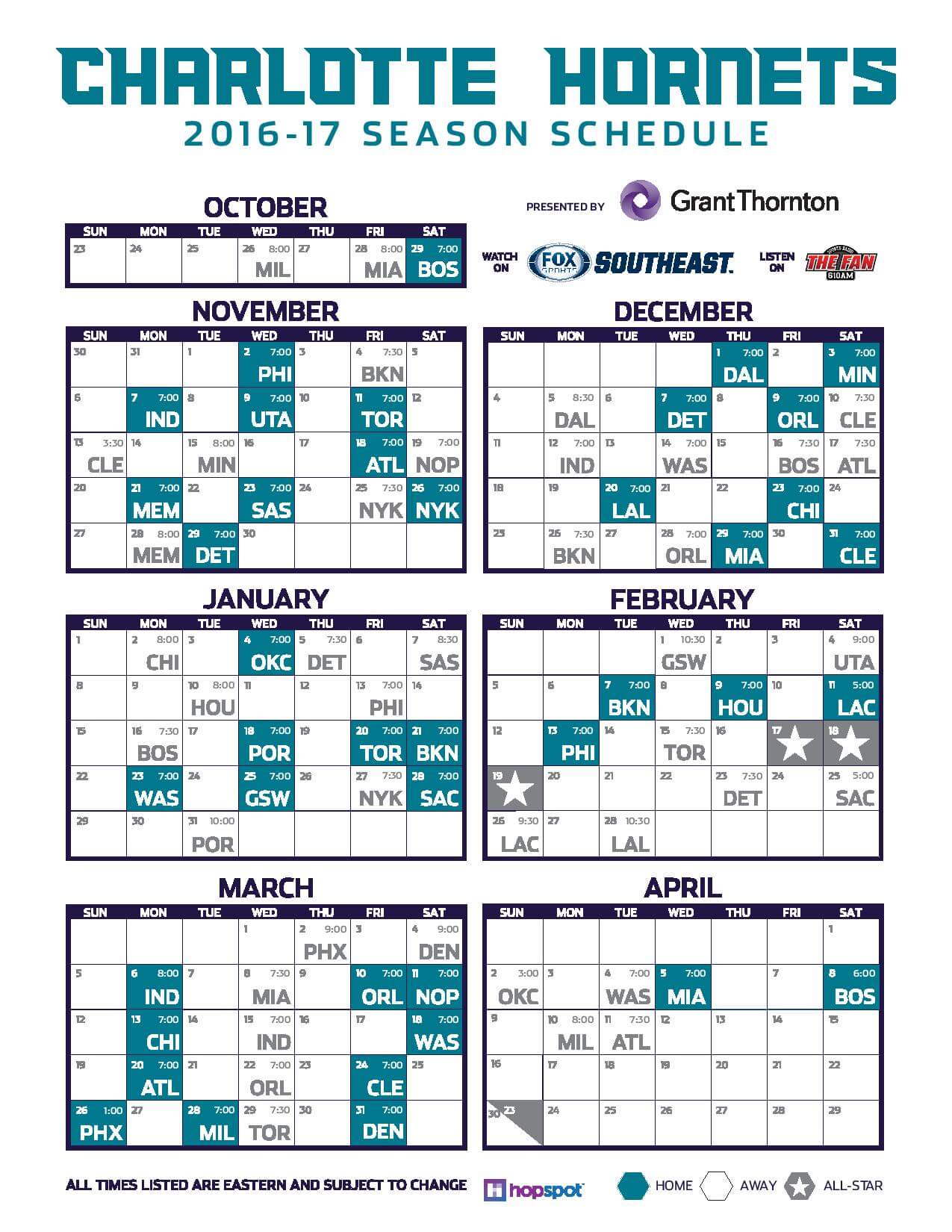 Hornets Split their first back-to-back of the Season

If you’re a long-time Bobcats/Hornets fan, you know that one thing the team has a lot of is back-to-back games.  The team actually prefers that in order to get more of a crowd draw as the season gets going.  I do, however, have to wonder if having this first back-to-back of the year was a little too soon.   I always like to win the season opener at home, but with the season starting with a short road trip, I understand the need for the game on Friday.  I was in attendance for the Charlotte Checkers home opener on Friday night, so I was basically splitting time between watching my phone for game updated and for fights on the night.  The Checkers opened their season with a victory, and since it was a hockey game, yes, we got to see a fight.  We also got to see a gigantic owl in the parking lot.  It was a very cool evening.  The Checkers are a ton of fun to go see, and even their concessions aren’t ridiculously priced.  If there’s not a Hornets game at The Hive, I highly recommend taking in a hockey game.

So, what is it like to have the Hornets as your one true sports passion and you’re at a hockey game with no access other than your phone to know what’s going on with the Men of Teal?  Let’s just say that I’m a pretty good multi-tasker.  I kept watching my phone, checking the updates from the Hornets-Heat game because I wanted so bad to beat down those guys.  Unfortunately, the only think I kept seeing from the box score was that we couldn’t get the ball to go in the basket.  Our field goal percentage at the half was 30%.  It had me mad enough to go start a fight on the ice…but since I can’t skate, I just sat and scowled.  As the Checkers rallied from being down 0-2, I prayed that the Hornets were pumping out their own rally.  As I checked my phone, over and over I was seeing a bit of a rally.  Shots began to fall.  The team’s defense finally stepped up.  And perhaps the biggest standout for the night was that the “Swarm Troopers, a.k.a. Bench Force One stepped up and provided a much-needed boost to the struggling starters.  Between Kemba and Bench Force 1, the Hornets rallied from 19 back to take a 97-91 victory in South Beach.  So who were the top contributors for the night?  Kemba led the way with 24 points, 4 assists, and 2 steals.  Nights when the starters can’t get the shots to fall, expect Kemba’s assist number to drop and points to go up.  Jeremy Lamb put the sting back into the bench, coming out with 16 points, 8 rebounds, 1 assist and 1 block.  If he can start contributing like that on a consistent basis, he should start quieting all of the critics.  Bouncing back to the starters, Nic Batum finished with 12 points, 6 rebounds, 4 assists, and 2 steals.  Marco Belenelli, one of the newest Bench Force One players, finished with 12 points, 1 rebound, 2 assists, and a steal.  I believe that we will see him continue to improve the longer he’s with the team, building chemistry.  Rounding out the top scorers on the night were Cody Zeller and Spencer Hawes with 10 each.  Cody had 3 rebounds, 1 assist, 2 steals and a block to go with his 10 while Spencer had 9 rebounds, 2 assists, and 2 blocks to go with his 10.  Marvin Williams was 3 points short of a double-double as he finished with 7 points, 11 rebounds, 1 assist, 2 steals, and a block.  Michael Kidd-Gilchrist struggled in scoring on the night, finishing with 3 points.  His 5 rebounds, 1 assist, 1, steal, and 4 blocks made up for it though.  If MKG isn’t scoring, you’re going to feel his impact somewhere else on the court.  Roy Hibbert only played 4 minutes on Friday, dealing with some soreness in his knee.  These “come from behind” wins are tough on a team because you have to exert so much energy to come back on offense and hold on defense.  It was definitely a hard-fought win where the whole team was needed to snag the victory.

Flash forward to Saturday’s game.  Boston’s in town and has a day of rest.  They were coming in with a 1-1 record as they were beaten by a Dwayne Wade led Chicago Bulls on Thursday.  Long story short on the night, we were bombed out of our arena by the 3-ball.  The Celtics connected on 48.1% of their 3-point shots (15-31) as we fell to them by a score of 104 – 98.  Looking for standouts from the night?  Well, it would appear any time a Hornets player does well, they get hurt?  Roy Hibbert started off strong in his first game, only to be sidelined with a sore knee.  Jeremy Lamb comes into the Heat games and shows that Bench Force One is alive and well, only to be sidelined with a hamstring injury in the Boston game.  Now that I have that frustration out of the way, let’s talk about what went right.  Frank Kaminsky made his debut on Saturday, contributing 11 points, 4 rebounds, and 3 assists.  I expect his contributions to be around these numbers every game.  Yes, I expect big things out of Frank the Tank this season.  He’s a smart player that knows what he needs to work on to get better, and he’s willing to put in that work.  Kemba Walker played big again, scoring 29 points, 2 rebounds, 3 assists, 3 steals, but 4 turnovers.  Nic Batum had 12 points, 4 rebounds, 6 assists, and 2 blocks on the night.  These were the only players in double figures, which is concerning.  Everyone that played scored Saturday, but we need more contributions from everyone in order to win games.  Hopefully the 3-point shots start falling.  There’s never a quick fix at the start of the season.  The players have to start clicking and coming together.  Chemistry is a big key and that appears to be forming with this group as well.  It’s just going to take 10-15 games into the season before the team really gets flowing.

So, Hornets fans, the best is yet to come from these guys.  Just stay patient and keep supporting the organization.  This is going to be a special season.