On Bullpen Management in the 2016 Playoffs 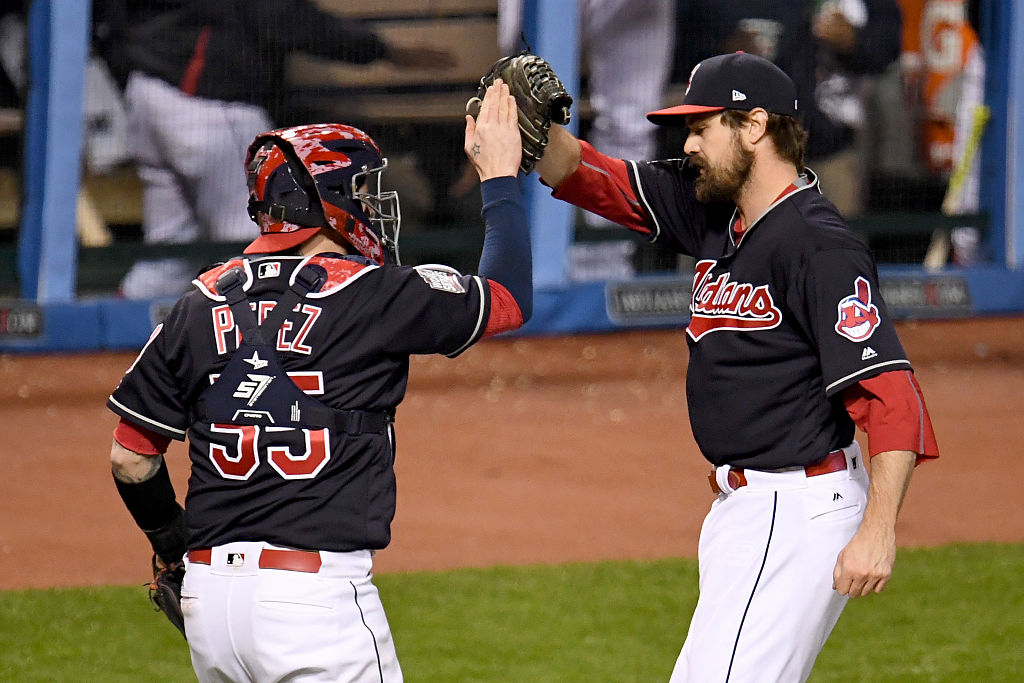 On Bullpen Management in the 2016 Playoffs

The fall of 2016 has been a season of extremes. In the very first game of the postseason, we saw the Baltimore Orioles lose the most important game of their season with their best pitcher, Zach Britton, who happened to be the best reliever anywhere in baseball this year, sitting on the bench.

The fallout was swift and severe. Columnists, bloggers, and fans rightly derided manager Buck Showalter, typically something of a sabermetric darling, for being the latest in a long line of playoff  managers to manage to position his team for a future game they would never get to play. (See Fredi Gonzalez as a recent, obvious example)

Possibly in response to the Orioles’ debacle – not to give bloggers too much credit, Showalter made a transparent baseball mistake- managers in the rest of the postseason have been notably aggressive.

Dodgers’ manager Dave Roberts deployed  his closer Kenley Jansen in the 8th inning 3 times in the NLDS and CS, and once in the 7th in game 5 of the DS against the Nationals. Jansen even pitched in the 6th inning in the team’s final game of the year; Jansen is usually used for just 3 outs, but went for 3 innings to keep NLCS Game 6 close.

Indians’ manager Terry Francona is perhaps the most talked about guy this October. He and his bullpen Ace Andrew Miller have been blowing the existing bullpen paradigm out of the water.

Miller, acquired by Cleveland mid-season from the Yankees mid-summer, is awesome. He went home with ALCS MVP honors. But other managers have had great relievers in the playoffs before. The difference with Miller, and the reason he’s had all the noteworthy success that he’s had, is Francona’s insistence on deploying Miller when he was most needed, regardless of when in the game that occurs.

In this entire postseason, Miller has not pitched less than 1.1 innings in a single outing. He’s come on in the 5th (twice), 6th ( twice), 7th (four times), and 8th (once) since the playoffs started. He’s pitching now in the same tradition of the old school Fire Man, whose role dominated bullpens before the advent of the closer.

Miller has been particularly valuable because he’s allowed his team to keep its closer, Cody Allen, in his typical 9th inning role, letting them have the best of both worlds in terms of new school and old school bullpen philosophy. This mashup of paradigms has helped to put them just one win from a championship as of this writing.

Even Joe Maddon has gotten in on the action. In game 5 of the World Series last night, Maddon brought his ‘closer’  Aroldis Chapman in for an 8 out save in a 1 run game, pushing Chapman further than he’s ever gone as a relief pitcher.

Managers have come to realize what some –cough- have been saying for years: It’s great to have a great closer, but if you can’t get to the 9th with a lead then it doesn’t matter who you have waiting in the wings.

In some games, the highest leverage inning is the 5th, in others it’s the 9th. You can never know what the game might look like 4 innings down the road. By bringing in a mediocre pitcher for a big spot early, a manager might very well eliminate the need for the great pitcher later.

This has been on clear display this October as managers fight to win each and every inning and haven’t hesitated to go to their best bullpen arms as soon as they’re needed.

So what’s the upshot of all this? Is the modern closer already a thing of the past?

No, certainly not. Managers will not abandon the traditional late game bullpen roles just because of one noteworthy postseason. For one, managing a 162 game season is a different animal than a series of must-win, high-pressure games. For another, as long as pitchers are judged, and therefore paid, on the number of saves they record, pitchers will insist on closing.

Instead, I think we’ll see a more gradual change. Guys like Andrew Miller who are capable of being the Fire Man will become more valuable. Perhaps the trends of good relievers being increasingly pigeon-holed into specific innings will begin to reverse. (I’ve written about that at length over at LoHud here).

There aren’t that many players in the majors right now who can do what Andrew Miller has done this postseason. Dellin Betances seems like one who can. Maybe Daniel Hudson is another, but the reason for a lack of Andrew Miller types is  simple. There’s never been an emphasis on swing men. I think it’s likely that we’ll see quite a few more in coming years. In the meantime, maybe established closers like Jansen and Chapman will see a few more high leverage innings earlier in games.

One can hope, anyway.