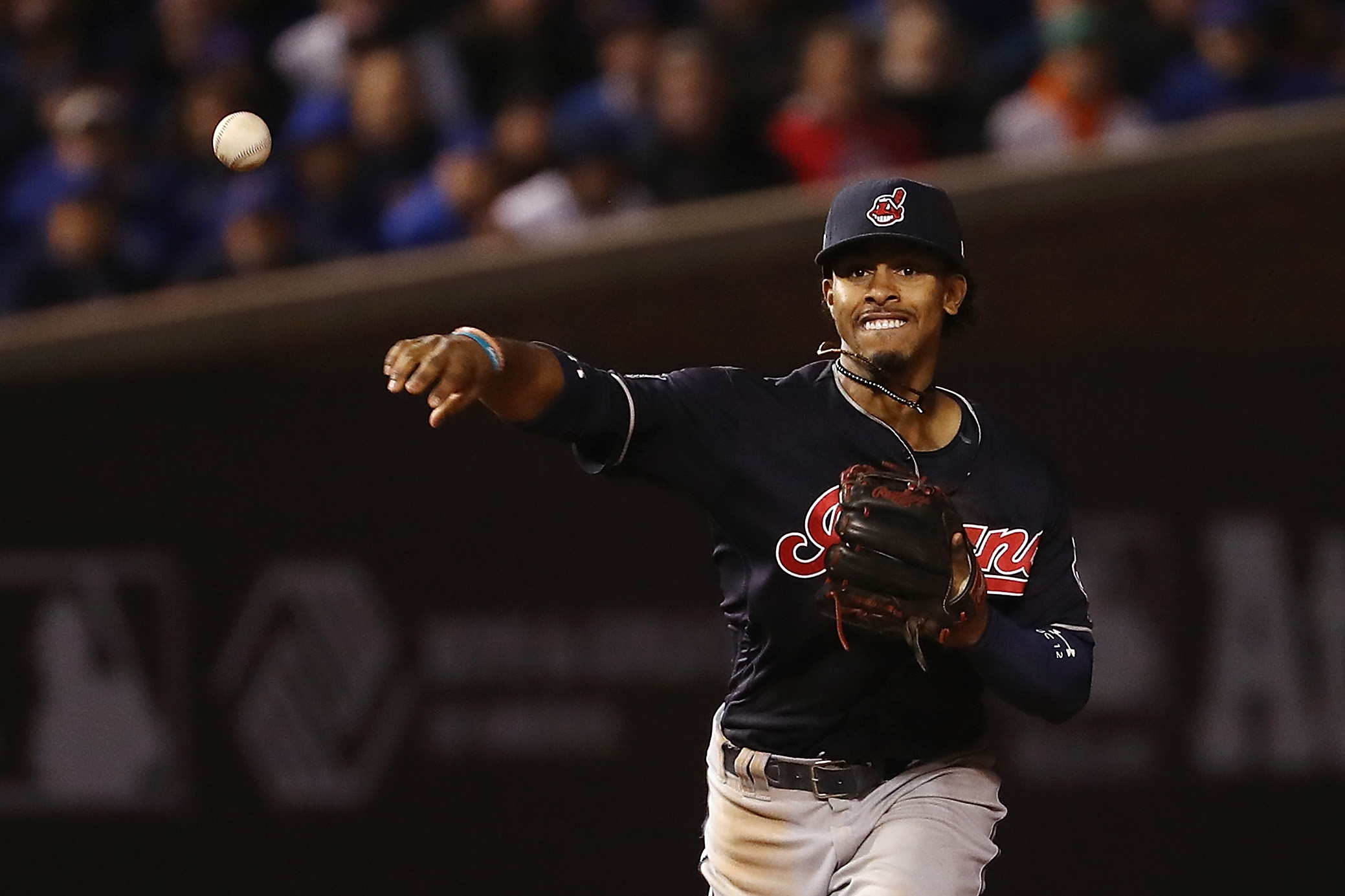 Baseball is currently enjoying a period full of young, elite shortstops. Cleveland Indians shortstop Francisco Lindor is in this group, but often gets overlooked –by myself included – because guys like Carlos Correa and Corey Seager grab most of the headlines.

Well, I’m done overlooking and ready to put him at the top of the list. Lindor has been front and center in October and the 22-year-old is making the most of his opportunity as the Indians are on the verge of their first title since 1948.

Manager Terry Francona is getting a ton of credit for the masterful usage of his bullpen, and rightfully so. However, as important as preventing runs is in the postseason, teams still must score in order to advance.

Lindor has been a catalyst for Cleveland throughout the past month, but this isn’t anything new. His full range of skills and ability to put it all together in the big leagues from the minute he was promoted makes him special and worthy of being the game’s top young shortstop.

The Defense is There

Upon getting selected with the eighth overall pick in the 2011 MLB Draft, it seemed as though Lindor’s glove is what would eventually help him stick in the majors.

Providing top-notch defense at a premium position like shortstop is why most outlets viewed him as one of baseball’s top prospects while progressing through the minors. Before the Indians promoted him in 2015, Baseball America, MLB.com and Baseball Prospectus tabbed him as one of the sport’s top-10 minor leaguers prior to Opening Day.

The only shortstop better than him in those areas was Brandon Crawford.

There’s Much More Offense Than Expected

Since Lindor was drafted straight out of high school, it was understood that the offensive side of his game needed to develop as he matured physically and mentally. People just didn’t expect it to fully develop right in front of their eyes in the majors.

When the shortstop got promoted, this is what Vince Lara-Cinisomo of Baseball America told us to expect:

“He’s a switch-hitter with a line-drive stroke, but his ability to impact the ball and drive it is the biggest question. He had 31 extra-base hits in 2014, which matched his career best, and he hit 11 of his career 31 homers in 2014, perhaps indicating that more power will show up as he matures. He won’t turn 22 until November and is still slight at 5-foot-11, 190 pounds.

“What will carry him in the majors is his excellent work in the field. He has soft hands and smooth actions and more than enough arm to play on the left side of the dirt.”

Lindor hasn’t posted the gaudy home run or RBI numbers, but he’s produced way more at the plate than anyone expected – especially immediately upon his promotion. His 2015 stats were impressive, but 2016 was important because he had to prove it wasn’t a mirage. Lindor rose to the occasion, slashing .301/.358/.435 with 15 homers, 30 doubles, 78 RBI, 99 runs scored and 19 stolen bases.

These numbers fueled a 10.8 Offensive Runs Above Average (Off), which ranks among the 10 best shortstops.

He’s Not Intimidated By Much

After coming into his own as a hitter from 2014-15, the Indians hoped Michael Brantley would return from shoulder surgery to anchor their lineup in the three-hole. He unfortunately appeared in just 11 games this season, leaving Cleveland without its best hitter.

So, who took over the three-hole in his absence? Lindor, of course. We already talked about how he proved his breakout rookie campaign in ’15 wasn’t a fluke, and he did it in arguably the most important spot in the lineup (593 of his 604 ABs came in the three-hole). What made it even more impressive was his ability to stay consistent for basically the entire year.

Check out his month-by-month splits from this season:

While he’s been playing like one of baseball’s top shortstops since getting promoted, getting airtime with guys like Correa and Seager isn’t easy. Naturally, he’s used October to let everyone know just how good he is.

The 22-year-old is hitting .360/.396/.540 with two home runs, six RBI and five runs scored through his first 50 career postseason at-bats. He’s also racked up seven multi-hit games during this time.

Not bad for a ballplayer known more for his glove than his bat as recently as a year and a half ago. He’s at the Top of Shortstop fWAR Leaderboards

As we’ve laid out already, Lindor is the total package for the Indians. He can hit, hit for some power, get on base, has enough speed to steal some bags and does this all while providing Gold Glove-caliber defense at a premium position.

Other young shortstops like Seager, Correa, Xander Bogaerts and Addison Russell may grab more headlines, but it’s Lindor who is beating virtually all of them with regard to overall value.

He posted a 6.3 fWAR in 2016, which was best in the American League for those who played most of their games at shortstop. Only Seager’s 7.5 fWAR in an MVP-caliber year was better.

So, while there is an abundance of young, elite talent at shortstop in today’s game, Lindor needs to stop continually getting overlooked. He’s making sure of that by being a crucial piece to Cleveland’s success as they’re just one victory away from something the organization hasn’t accomplished in 68 years.

The opportunity to finally capture October glory wouldn’t be remotely possible without him holding down his spot on the diamond and in the lineup.

Hall of Very Good 43m ago