Game 10 Recap: Bolts Take Isles Out Behind Woodshed For A 6-1 Beating 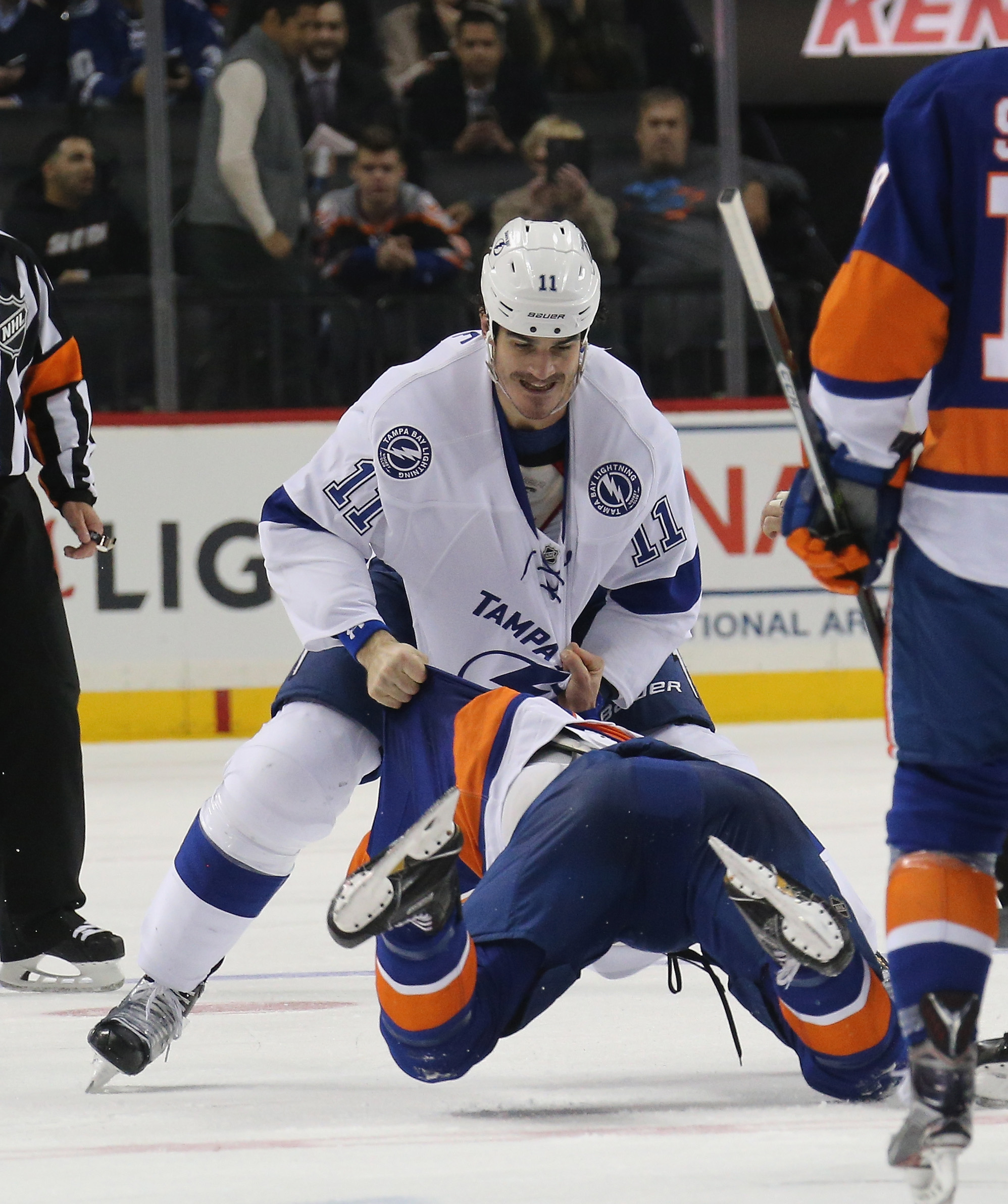 Game 10 Recap: Bolts Take Isles Out Behind Woodshed For A 6-1 Beating

NEW YORK, NY – NOVEMBER 01: Calvin de Haan #44 of the New York Islanders (not shown) and Ryan Callahan #24 of the Tampa Bay Lightning fight during the first period at the Barclays Center on November 1, 2016 in the Brooklyn borough of New York City. (Photo by Bruce Bennett/Getty Images)

After getting embarrassed by the New York Rangers on Sunday night, the Tampa Bay Lightning were in no mood to foo stopped 26 shotsl around with the Islanders last night. Nikita Kucherov netted two goals and had four points, Steven Stamkos, Brian Boyle, J.T. Brown and Valtteri Filppula all scored while Victor Hedman and Slater Koekkoek had two helpers each to lead the Bolts over the Isles 6-1.

Thomas Greiss started in goal for New York and gave up three goals on 11 shots in the first 13:34. He was yanked and replaced by Jaroslav Halak, who finished with 22 saves on 25 shots.

Steven Stamkos said that each member of the team was challenged by the coaches, “Sometimes it just takes a spark, takes an embarrassing loss, a tough stretch. It’s how you can respond.”

This game marks the biggest margin of victory since a 5-0 win vs. Buffalo on December 2, 2014.

“I thought it was just a complete effort…They were a responsible group tonight,” said Coach Cooper.

The Lightning snap a three game losing streak, finish the road trip at 3-3-0 and move to 6-4-0 on the young season.

Less than two minutes into the game, Islanders defenseman Calvin de Haan laid a big hit on the Lightning’s Jonathan Drouin. Ryan Callahan — playing his second game since off-season surgery — felt the need to protect his teammate and dropped the gloves with de Haan. Drouin left the game and did not return. Drouin was seen walking around in good spirits in the locker room. Coach Cooper said Drouin was held out as a precaution.