Gordon to miss "a minimum of one week" 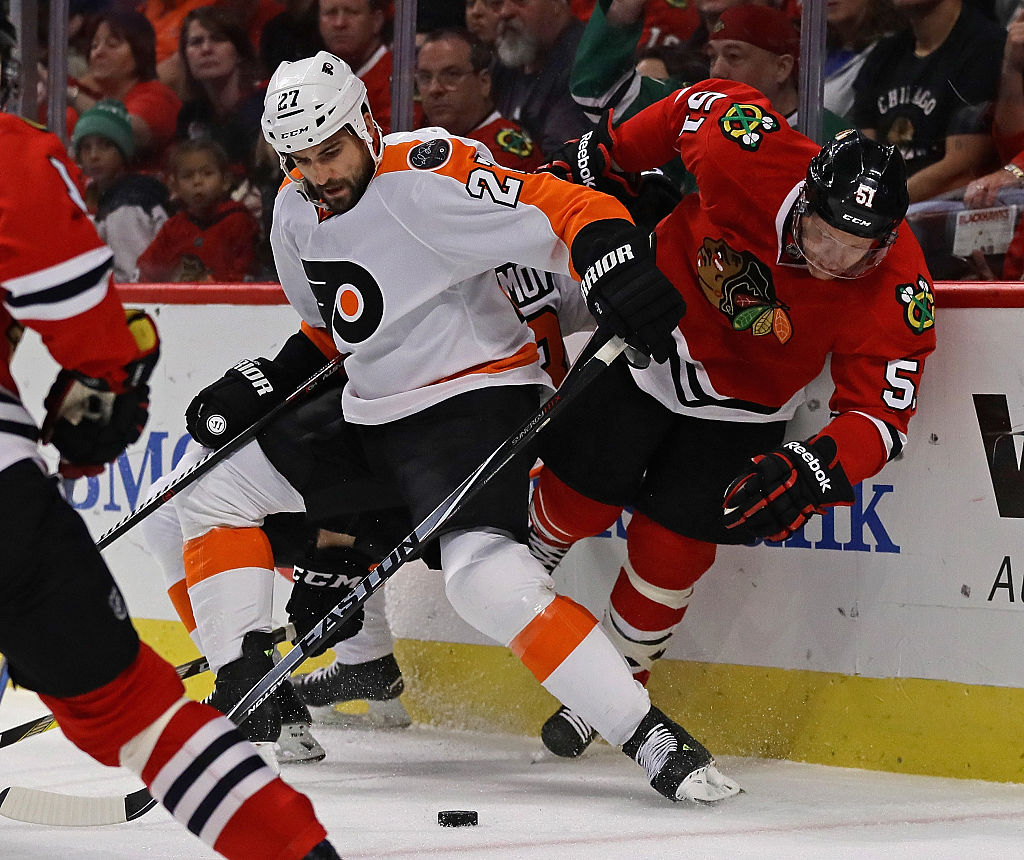 Gordon to miss "a minimum of one week"

Add Boyd Gordon to the always-growing list of injuries around the Philadelphia Flyers. General manager Ron Hextall announced that Gordon will be out “a minimum of one week with an upper-body injury.” The news came right before the team took the ice for its Tuesday practice.

Gordon has been nothing special for the team in the early going, scoring his lone goal in the first game. His biggest strength, of course, is in the face-off circle where he owns a 52.4 winning percentage for the best on the team. He’s also only playing about 8:30 of ice-time.

With Gordon out of the equation for the games against Detroit, New York Islanders and Montreal (at the very least), look for the Flyers to roll with Nick Cousins and Pierre-Eduoard Bellemare as their third and fourth line centers. This also is good news for Roman Lyubimov, who will most likely keep his spot in the lineup with Cousins moving to his more natural position at the pivot for the time being.

The downside to this injury, though, is the aforementioned draw control. Gordon has proven his worth in the dot, so the Flyers will certainly see a drop-off going from Gordon to Cousins in face-off wins. Claude Giroux could very well see some more time on the penalty kill whenever a defensive zone face-off is taken.