Have We Seen the Last of Tony Romo? 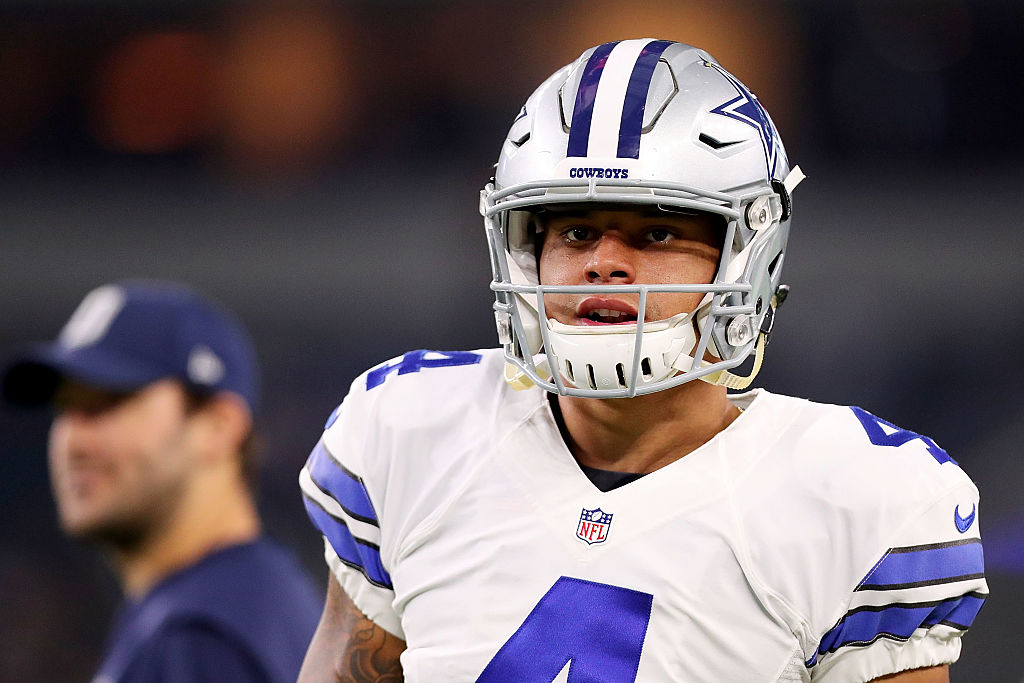 Have We Seen the Last of Tony Romo?

This has all been done without Tony Romo leading the way, and while most of us thought Romo would return when he was healed, it is beginning to look more like this team is trying to gently transition away from Romo and more towards Dak as the QB of the present and future.

A few weeks ago Jerry Jones said there was no time table set for Romo’s return.

“I don’t have any idea, no one does as to what the situation will be a game or games down the road,” Jones said on his weekly radio show on 105.3 The Fan on Tuesday. (Star-Telegram)

Jerry Jones’ comments today on 105.3 were the most telling since Romo went down in the preseason. We’ve gone from this is Tony’s team and he would be back to:

“Tony has no issue with doing what’s best for the team — absolutely no issue doing what’s best for the team,” Jones said. “If you really step back and look at it, it has everything to do with our ability to try to have more success than we’ve had let’s say even in Tony’s career relative to this year and how this thing might end up. When you’ve got it going, we know these things can be a once-in-a-lifetime opportunity for everybody involved.”

Jones also added the team has “a lot of chemistry going and that’s got to be really recognized if you’re making that decision.” (CBSSports)

To me, the writing is on the wall. Words like “doing what’s best for the team” and “a lot of chemistry” tell me Jerry Jones has already had discussions about what this team is going to do with Romo this year. Jerry knows it has been very difficult getting the Cowboys to the playoffs and the big prize of the Super Bowl, so his “once-in-a-lifetime opportunity” speaks volumes.

At some point Romo will actually practice, but we’re going to see Prescott taking a majority of 1st team snaps. Romo will likely suit up in a a few weeks, but he’ll be Prescott’s backup for the remainder of the season.

We’re looking at a de facto mothballing of sorts. I believe the plan will eventually be to let Romo retire if he wishes or they will trade him.

The Cowboys just defeated a very tough Eagles team which moved them to 6-1, and they’ll defeat the Browns, that is now 7-1. How far into the season are you now willing to go with the possibility of affecting the team chemistry. You have to feel at some point there will be a point of not return per se for Romo.

If Romo does not return for after week 10, that’s all she wrote.

Could the Cowboys already know what the plan is?

I wonder if the plan is to unofficially moth ball Romo, in hopes of avoiding injury, and with the expectation of trading Romo in the offseason. I don’t see the Cowboys putting him on IR, but he could end up being the back up the rest of the way, and insurance in case Prescott has a rash of bad games down the stretch.

Not so sure about that. Did you see what the Jets paid Ryan Fitzpatrick this past year? $12 million bucks and he’s not even any good. Sure Romo has an injury history, but someone will have value in Romo.

No one will give up a draft pick for an older QB?

It has happened before with Brett Favre. The NY Jets gave up a conditional 4th round pick, that turned into a 3rd rounder for a 39 year old QB. Romo will be 37 next April. The Cowboys can find a suitor, and maybe get more than just a 4th round pick if we’re using Favre’s contract as the baseline.

What do you all think? Are the Cowboys going to moth ball Romo, or do you see him playing at some point this year?

Have we seen the last of Tony Romo as the starting QB? #CowboysNation #DallasCowboys #TonyRomo