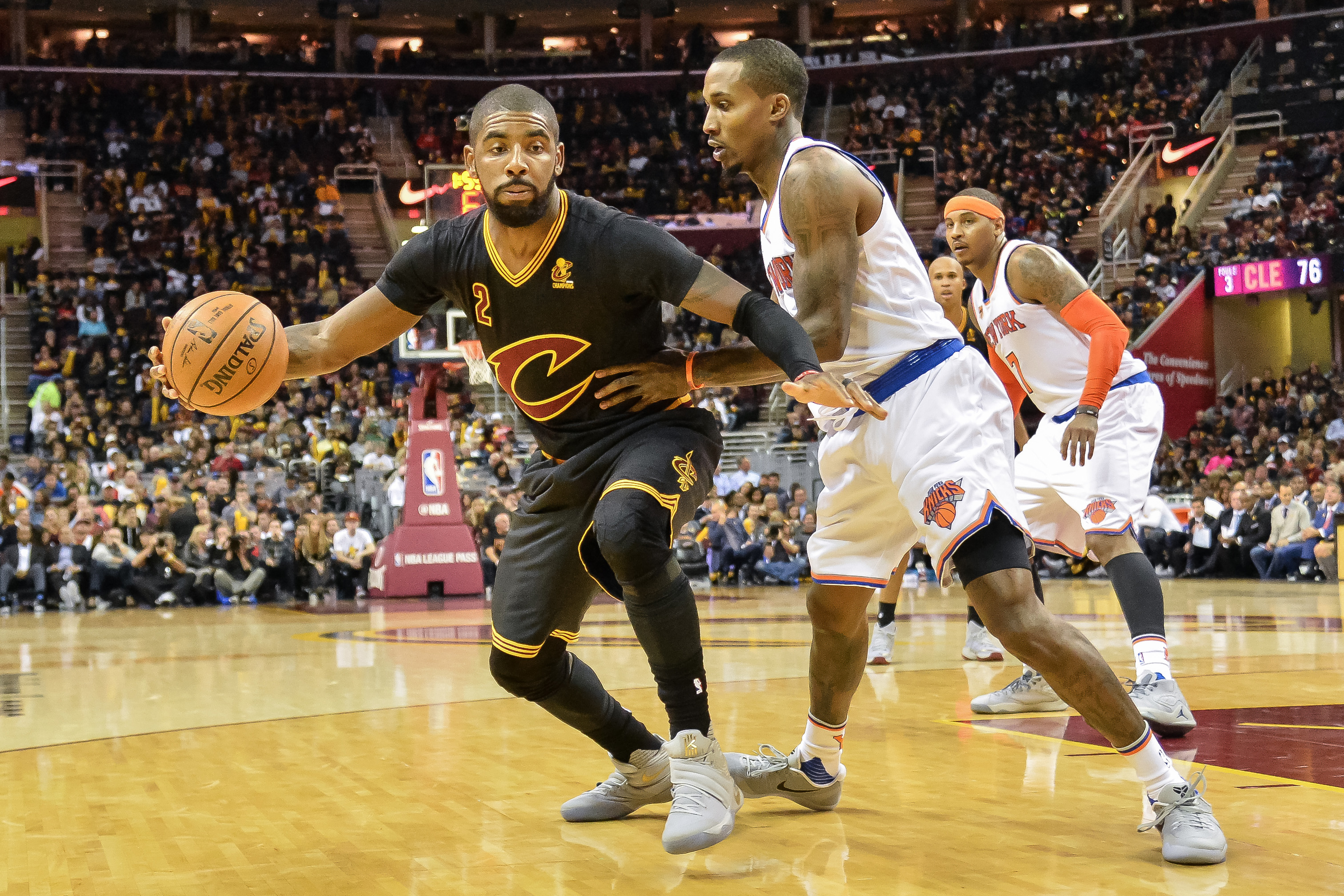 No one has dribbles like Kyrie Irving, and he showed that during Tuesday night’s game against the Rockets.

With the game tied at 92-92, in need of a bucket, Irving put on a dribbling clinic and took Eric Gordon to school.

Of cours he used that nasty crossover as his, but also busted out a nice spin move, which made Gordon look lost. He then casually banked a jumper off the glass.

Irving made that one look easy.