Sixers Trade Jerami Grant for Ersan Ilyasova and a Pick 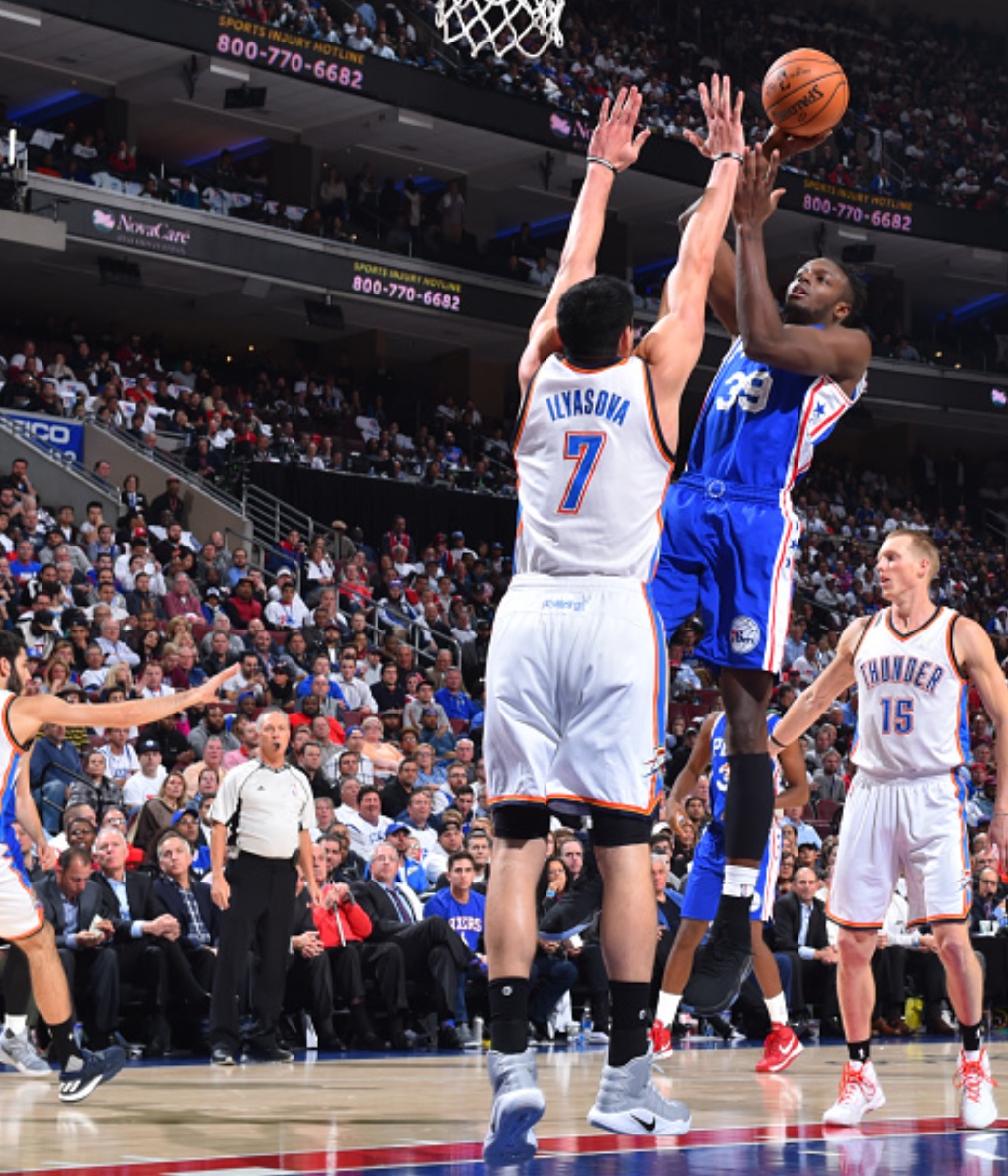 Sixers Trade Jerami Grant for Ersan Ilyasova and a Pick

In a continued reshaping of the roster by Bryan Colangelo, we learned Tuesday that the Sixers have traded Jerami Grant to the Oklahoma City Thunder for power forward Ersan Ilyasova and a conditional draft pick.

On paper, Ilyasova is a much more experienced player than Grant, who will provide a solid stretch-4 for a Sixers team that has been lacking a true shooting big man for quite some time. Ilyasova shot 37.1% from 3 last year between his time in Detroit and Orlando, right at his career mark of 36.9%. He is clearly more talented on the offensive end than Jerami, and certainly has a few good years left at the age of 29, but joins the Sixers on the final year of his contract.

With the pick, various reporters are calling it a “fake first”, meaning it can become a first, but the odds point towards it possibly falling to two second round picks. The terms of the deal include a 2020 1st-rounder, as long as the Thunder’s pick is between 21-30, and also if they already conveyed their 2018 1st-round pick to Utah, a selection that is lottery-protected itself. If those qualifications are not met, the Sixers will receive 2nd-round picks in 2022 and 2023. As a result, Sixers fans should root for Russell Westbrook to stick around Oklahoma City for years to come and keep those picks in the back half of the round.

So who won the trade? The Sixers most likely got the better player, clearly the better player in terms of offensive capability. The pick is just the sugar on top. Although the trade involved the Sixers acquiring a draft pick, it clearly is not a Hinkie trade. With Colangelo now in charge, this trade shows another example of the Sixers going out and getting a player who can help them win now.

It will be interesting to see how Ilyasova will play with Embiid; Ersan should give Joel more space to operate in the post and a great kick-out option in the corner or on the wing from the post. Ilyasova’s impact in helping the development of the other Sixers bigs this season, combined with whether Jerami Grant ever puts together some semblance of a jump shot, will ultimately determine who was on the right side here.