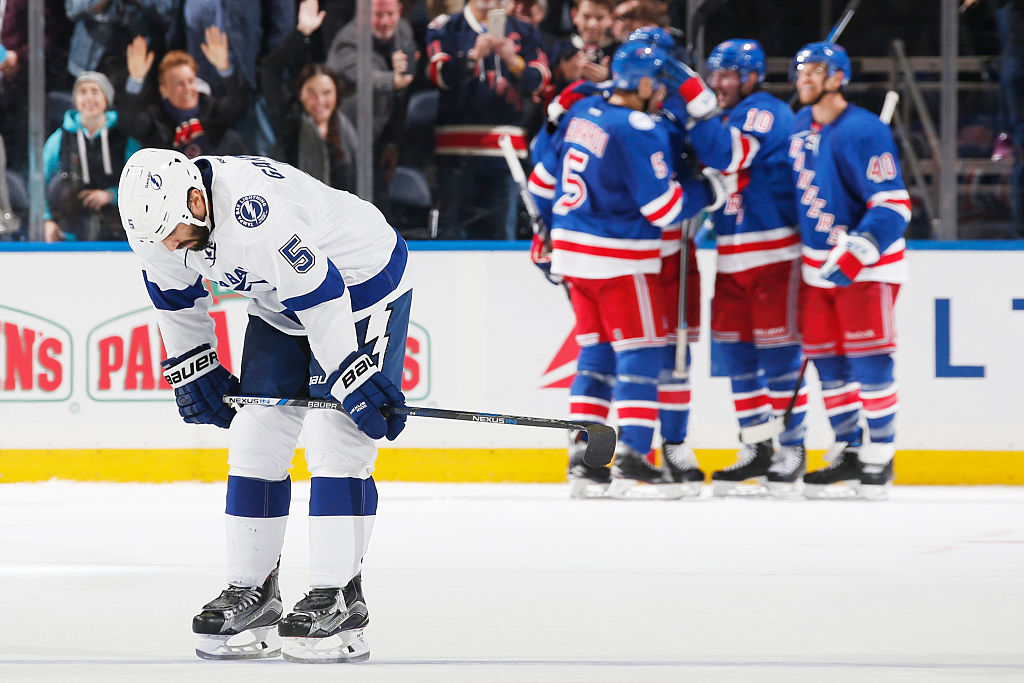 The Lightning’s first extended road trip of the season comes to an end in Brooklyn tonight. Tampa will face off against the New York Islanders and attempt to rebound from what’s been a largely troubling journey. Perhaps it’s just a fluke. Perhaps they dressed up like a hockey team that forgot how to play defense for Halloween. Whatever the reason, the Bolts looked like a different team from the one that had a pretty strong start at home. They must be better to stop spiraling downwards. In order to finish strong and set the tone for what’s to come there’s a few key things that have to happen.

Get Off To Strong Start

This is something that’s been nagging the Lightning even during their initial home stand. Look no further than games against Detroit and New Jersey where the visiting teams quickly scored multiple goals before the Bolts started to elevate their play. They’ve scored a goal in the first period just once so far this season. Tampa has the offensive firepower where they can come back from a deficit but it shouldn’t be common practice. If they can get off to a good start and maximize their assets they give themselves the best chance to win.

Defensive Responsibility For Everyone

The lack of defensive awareness was on full display in Sunday’s 6-1 blow out at Madison Square Garden. Tampa gave up an excessive amount of odd-man rushes. They couldn’t win battles for the puck or maintain possession. The Rangers ran roughshod over them and imposed their will. Some may point to Jon Cooper’s shuffling of defensive pairings but these struggles don’t fall solely on their shoulders. If the puck gets to Bishop or Vasilevskiy it means someone else didn’t do their job. There’s been alarming amount of defensive lapses among all the skaters that have to be corrected.

The Lightning haven’t lost many consecutive games in recent seasons. They’ve found a way to right the ship and tonight needs to continue that trend. It’s the last game of a less than stellar road trip. They’ll want to come home on a high note especially after being embarrassed on Sunday. It was easy to see how much that loss bothered them in the post-game interviews. Brian Boyle said they were “out-classed”. Ryan Callahan said they need to stop the bleeding and get better right now. This group has been through a lot of adversity over recent seasons. They’ve done it but they have to be in it together to make it work.

If the Bolts can make that statement in Brooklyn tonight with a decisive victory it would go a long way in soothing some of these early wounds. They would come home with a .500 record on the road trip which isn’t terrible. The Lightning have used their struggles as motivation to improve in the past. Anger can be an energy and hopefully they’re mad enough to get back to what’s made them successful.