Is Wisconsin-Northwestern Becoming a Football Rivalry? 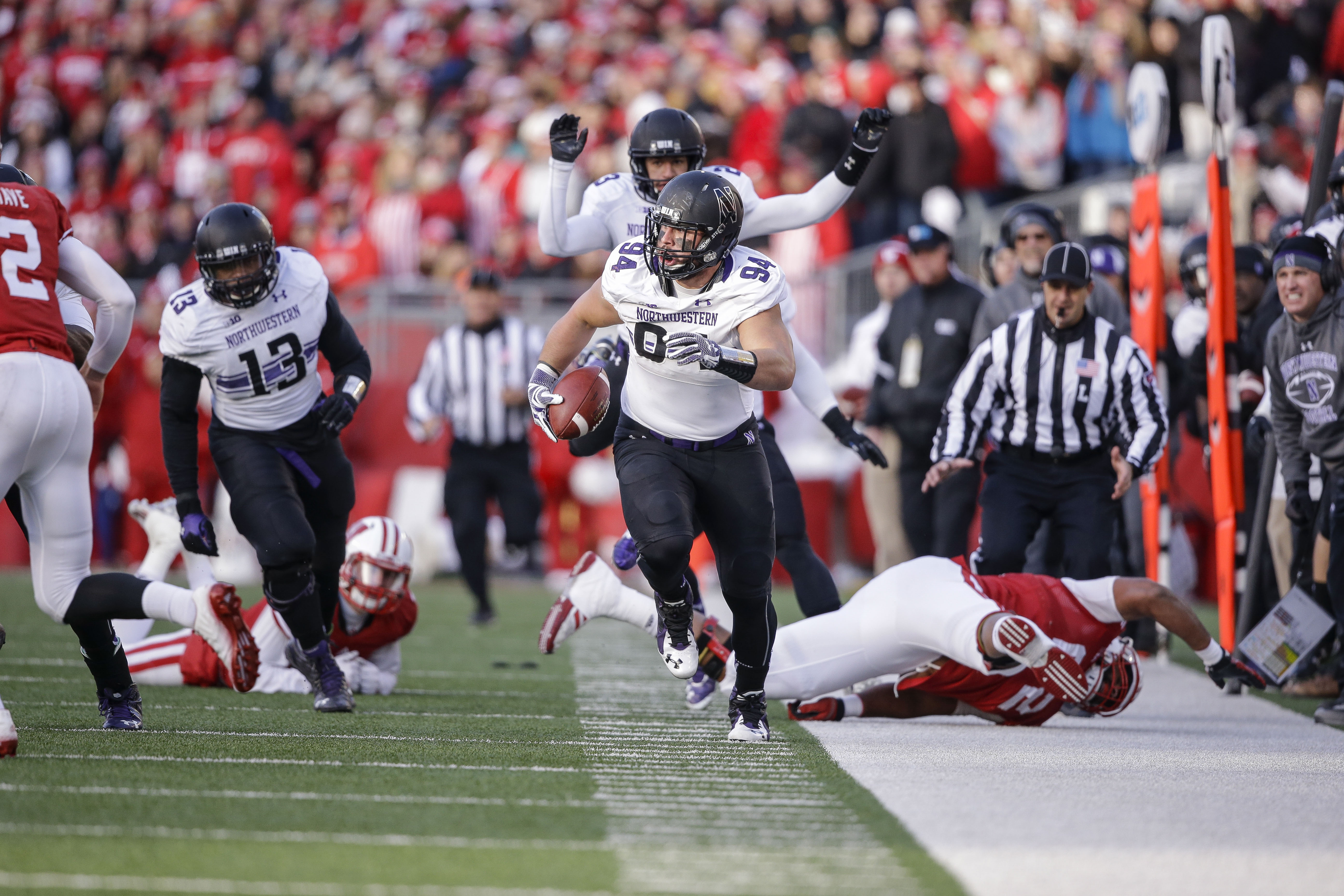 Is Wisconsin-Northwestern Becoming a Football Rivalry?

How do two college football teams become rivals? Sometimes it is proximity, other times it is strange circumstances. Even more likely, competitiveness breeds distain and thus a rivalry is born.

As the No. 8 Wisconsin Badgers get set to travel to the Northwestern Wildcats on Saturday afternoon, there certainly seems to be a lot of talk about how these two teams really want this game.

Usually that type of feeling is left for say the Iowa’s or the Minnesota’s of the world — arguably Wisconsin’s biggest football rivals. However, something just feels different as the Badgers and Wildcats get set to meet.

Take for instance Wisconsin senior cornerback Sojourn Shelton and his comments about this game. He put it rather bluntly — “Wisconsin will be amped up” for this game.

It was a conversation about the streak of losing for the Badgers, with Shelton talking about the fact that the last time this team won a game in Evanston was when he was five years old.

That streak is something talked about a lot this week, one that stretches seemingly forever. However, because of the way the league has been set up, the actual losing streak isn’t nearly as long as one would think.

UW has lost just the last four meetings in Evanston stretching back to 1999. Meanwhile, Northwestern had a similar four game losing streak at Camp Randall heading in to the matchup last season.

The Wildcats found a way to break its losing streak, beating the Badgers 13-7 at Camp Randall.

But, it isn’t just that victory by the Wildcats or the Badgers’ losing streak at Ryan Field that suggests this game is a rivalry in the making.

It also feels as if the players see this game as vital to their seasons on both sides.

That much was true for Northwestern running back Justin Jackson, who has been a back-breaker for the Badgers in his time in a Wildcats jersey. Rivalry and tough games were on his mind even over this past summer.

“I think it’s just the culture of our two teams,” Jackson told us at Big Ten Media Days. “Tough, hard-nosed, scrappy. You know, not always looked at how we should be. So, every single time we come to play against each other we already know what type of game it is going to be. We already know we are going to have to fight to the last second.”

Jackson should know, as he has racked up 301 yards in his two career meetings with the Badgers. His 162-yard day in 2014 was the start of a special career so far, with it being the first 100-yard performance at the collegiate level.

No doubt stopping him will be key, but so will be stopping a suddenly well-rounded and potent Northwestern offense.

This is a team that has put up 34 points per game over the last four games alone.

Perhaps it is time for some revenge, and for this game between two very similar programs to be treated like a real rivalry. A win in Evanston certainly would suggest one is in the offing.