Nick Foles will start Sunday in place of Alex Smith 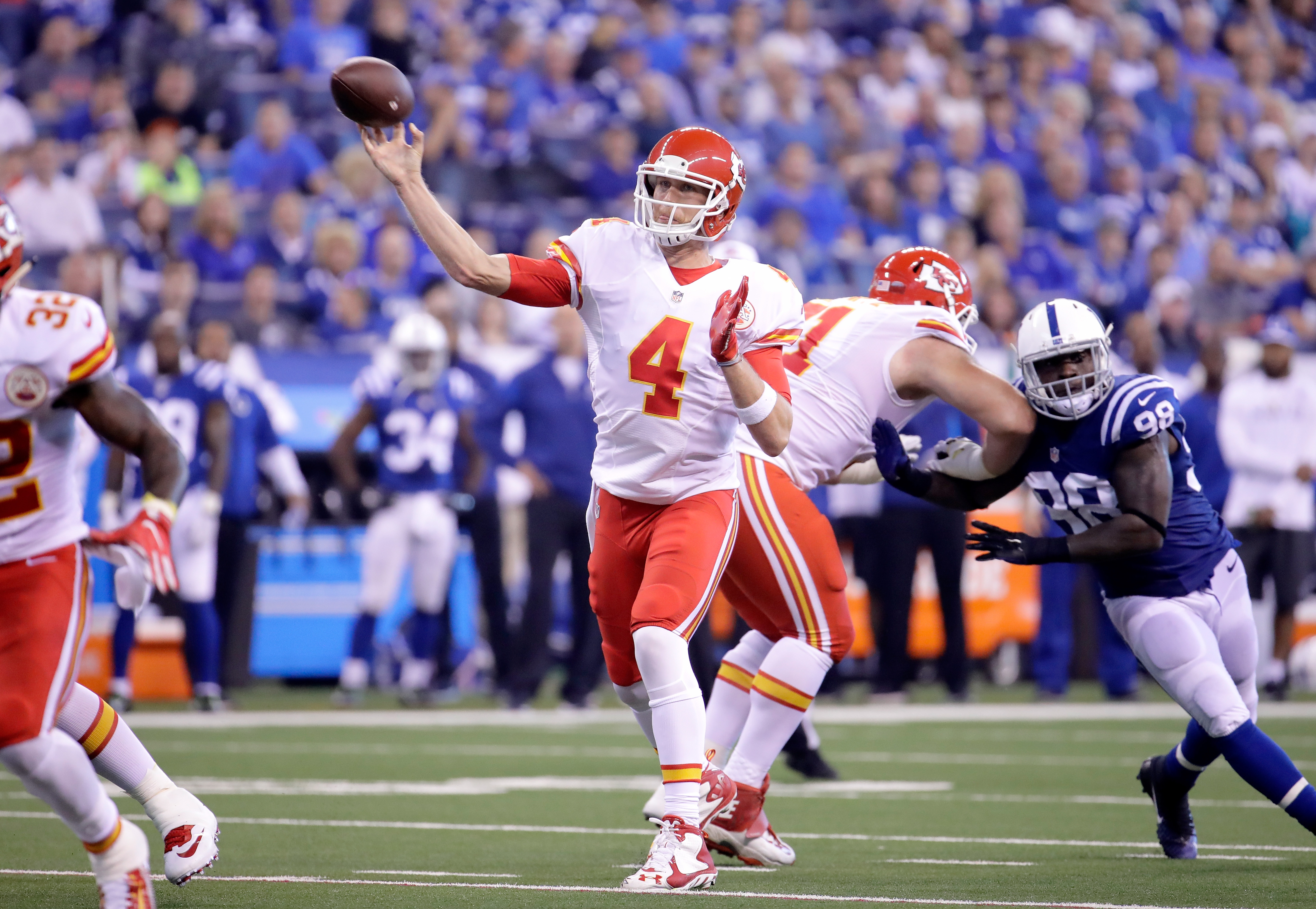 Nick Foles will start Sunday in place of Alex Smith

Nick Foles will be the Chiefs’ starting quarterback when they host the Jaguars Sunday, according to NFL.com.

Foles replaced Smith last Sunday and completed 16 of 22 passes for 223 yards and two touchdowns with no interceptions in the Chiefs’ 30-14 win at Indianapolis.

Smith left Sunday’s game with a cut to his ear. He re-entered the game but left again after taking a hit to the head. He originally was ruled out with a concussion, but Chiefs head trainer Rick Burkholder later said it wasn’t a concussion.

Nonetheless, Smith is seeing an independent neurologist this week.

So while the condition of Smith’s head is completely unclear, what is clear is that he will not even be available as a backup on Sunday. According to the Kansas City Star, Tyler Bray will be the backup for the Chiefs (5-2) against the Jaguars (2-5).