This one stat will help bolster Matt Ryan's MVP case 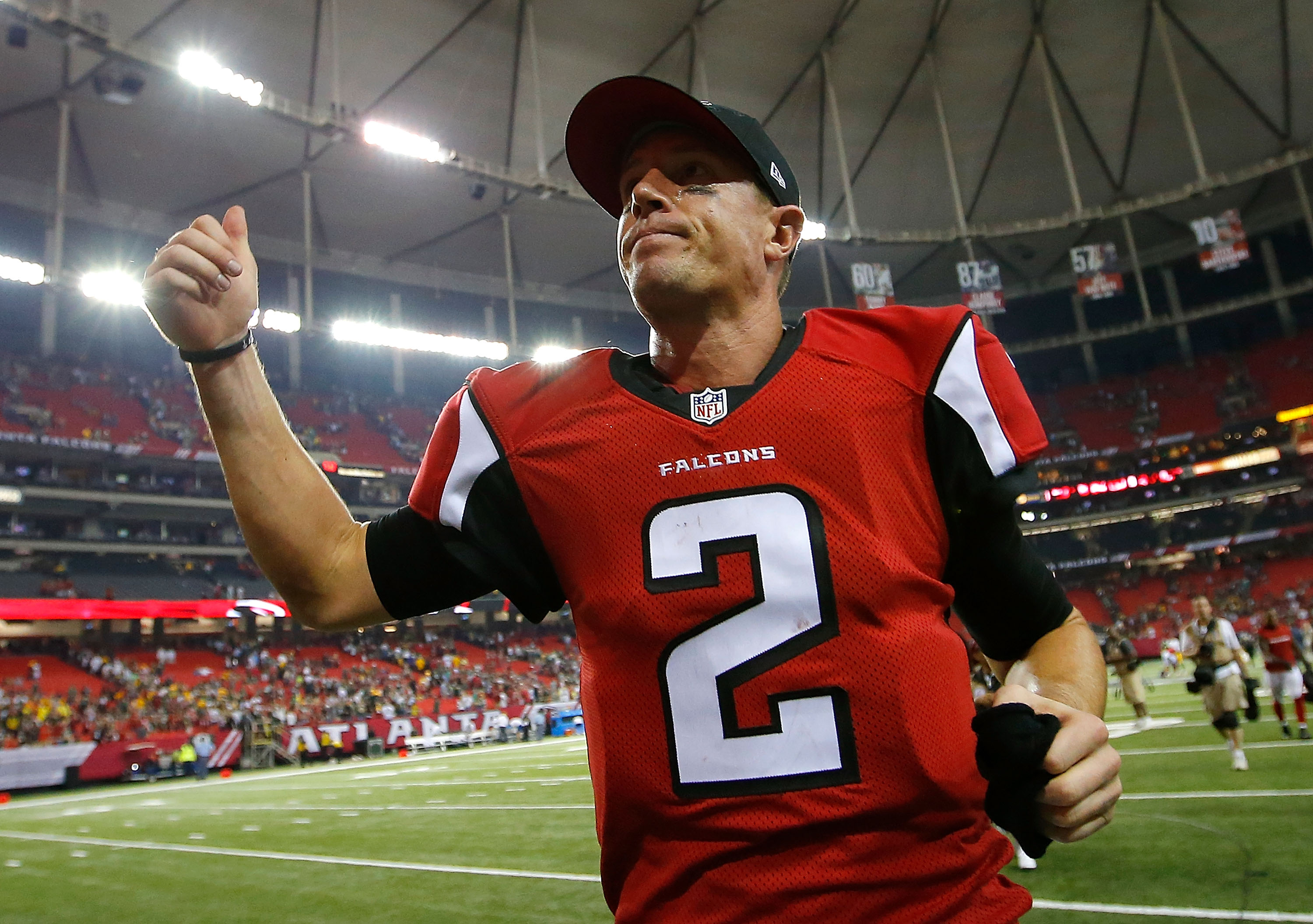 This one stat will help bolster Matt Ryan's MVP case

There are many common statistics you can roll out to help build the MVP candidacy for Atlanta Falcons quarterback Matt Ryan.

After eight weeks, Ryan leads the NFL in passing yards (2,636) and passing touchdowns (19). He’s second in passer rating (115.8) and third in completion percentage (69.2), and the 5-3 Falcons have wins over the Oakland Raiders, Carolina Panthers, Denver Broncos and Green Bay Packers.

But one important stat related to receiver Julio Jones should help bolster his case.

According to Vaughn McClure of ESPN, the Falcons are a perfect 3-0 when Jones catches three or fewer passes.

The unbeaten mark includes last Sunday, when Jones caught just three passes for 29 yards against the Packers. With Green Bay keyed in on Jones, Ryan completed 25 passes to other receivers—including the game-winning touchdown pass to Mohamed Sanu late in the fourth quarter.

“I had no idea,” Ryan said about the 3-0 mark. “To me, I think it speaks to the depth of our offense, of our team. It also speaks to what people are trying to do to eliminate Julio.”

The other wins with Jones catching three or fewer passes came against the Broncos and New Orleans Saints.

Over those three games, the Falcons averaged 33.7 points per game. Ryan threw six touchdowns and zero interceptions, with a combined passer rating over 110.0.

Taking away a top target can render some quarterbacks useless. Not Ryan. Even when teams have schemed Jones away, he’s played at a very high level. In other words, Ryan has elevated the others around him. That’s one thing every MVP quarterback must do in today’s NFL.