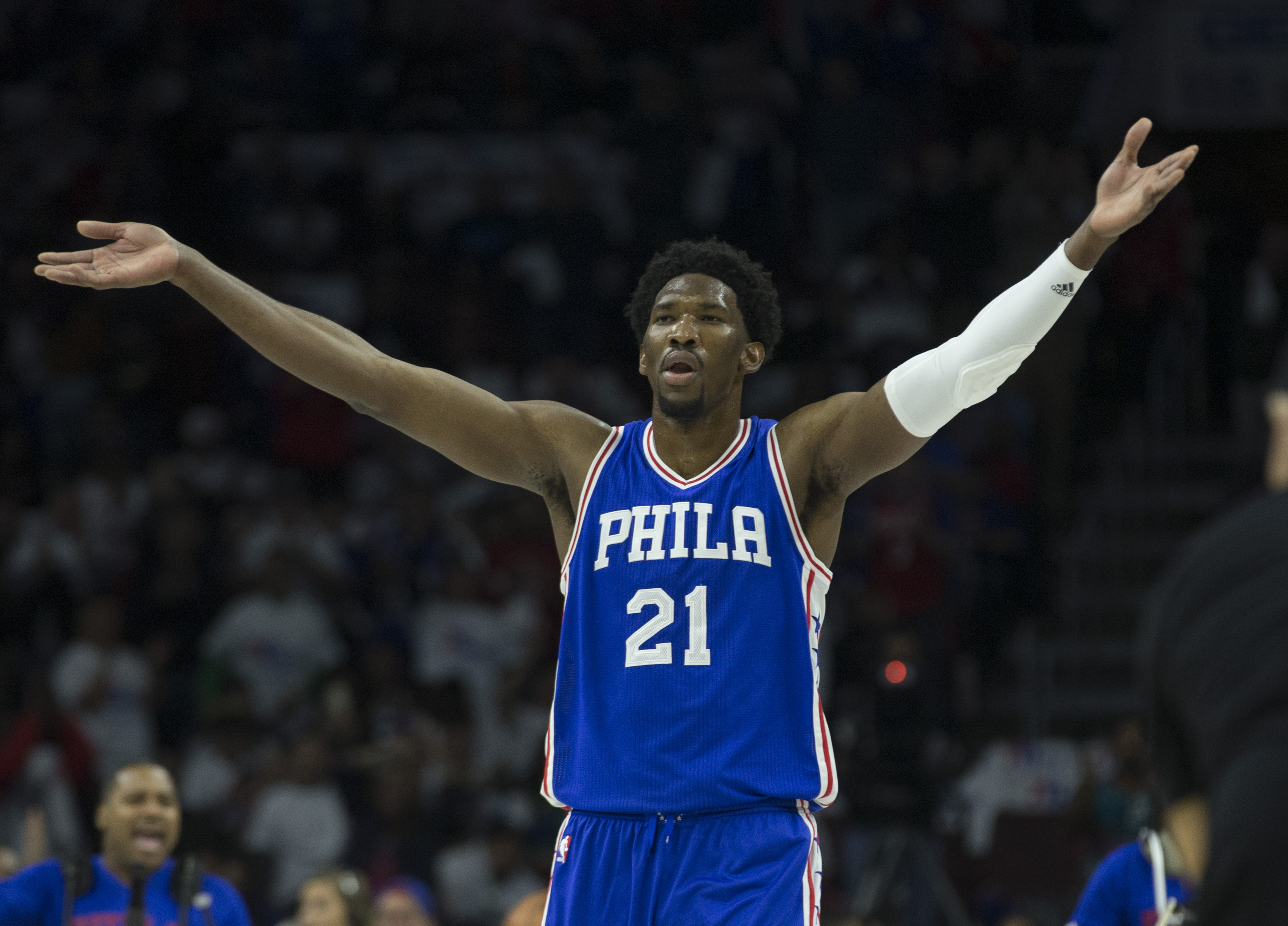 Philadelphia 76ers fans waited patiently — or not so patiently if you’re a particular brand of columnist in this town — for two years, and we were all finally rewarded on the night of Wednesday, October 26, 2016.

Joel Embiid — the third overall pick whom the Sixers took in 2014 — finally made his debut on an NBA basketball court in the regular season. Before that night, Sixers fans only caught glimpses of Embiid through YouTube videos and Vine videos. The combination of those snippets and our freakouts from those snippets led to a pretty funny and clever “mockumentary” done by the wonderful folks at The Ringer.

The frustration of the question “What can Embiid be?” is replaced by the realization of, “Holy !&#%. This guy is everything we hoped he’d be and more!” The Philadelphia 76ers and Sixers fans are now a little over one hour of on court time in to the Joel Embiid Experience. Embiid played 22 minutes on opening night, 15 minutes against the Atlanta Hawks this past Saturday, and almost 25 minutes last night.

Each minute Embiid is on the floor for the Sixers is a recurring dream come true. Look, mom. Embiid is actually on an NBA court. This is happening. He’s taking three pointers and making them. He’s “dream shaking” from the foul line. He’s bullying guys on the offensive end and announcing his presence with authority on the defensive end. In just three games, these are Embiid’s numbers:

Keep in mind that Embiid is doing all of this while averaging just 21 minutes a game in those three games! Last night, Embiid recorded his first career double-double (18 points, 10 rebounds) for the Sixers. He also had four blocks. The team continues to leave the training wheels on Embiid as he’s on a minutes restriction and will not play in back-to-back games as of right now. He is not travelling to Charlotte tonight when the Sixers play the Hornets. As excited as we all are to see Embiid on the court, now the thought changes to, “Good God. When do the training wheels come off?”

The NBA should be wary of what we wish for if Embiid’s per-36 minute stats are any indication:

All is well in Sixers-land.

There are some naysayers like Philly.com’s John Smallwood who are already turning up the “Insane-O Meter” to 11 since the team is now 0-3 as of last night’s 103-101 loss to Orlando. Sadly, there’s nothing we can do for those types, anymore. If guys like Smallwood are in a burning building, the rest of us made it out safely, but none of us went back for him because he’s caught in a back draft.

(Sorry, John. We really are. We wanted to go back for you, but the process to save your life was just too harrowing.)

This is why we can’t have nice things in Philadelphia! Come on, John. It’s been three games. Three. Tres. Trois. There’s no reason to be out in the village square screaming about atrocities this early in the season. The majority of us Sixers fans are happy right now. Why would you take away our happiness? Don’t you want us to be happy?

It’s okay if that’s your and others’ thing, but the majority doesn’t feel that way. When Sixers fans see Joel Embiid on a basketball court having his way in the paint, grabbing rebounds, blocking shots, and shooting threes, we know it’s not nearly as bad as some make it out to be. Sixers fans have had hope for a long time, and it’s finally here. It was very dark for the last two years around here, but it seems as if the sun is beginning to rise.

Embiid could be off minutes restrictions by Christmas. Nerlens Noel will be healed and playing again, soon. Jahlil Okafor will also be recovered from knee surgery, and if we’re all lucky, Ben Simmons will be playing games in January or February.

Embiid is the first step in a hopeful new era. The first three games with him have been great, and the Sixers and their fans are elated. Continued baby steps in this early season are coming. It’s a process — which is a word I know people like Smallwood hate.

That’s what it is. That’s what it always has been — a process — and Joel Embiid (as he was introduced last night) is the first bright spot of many bright spots coming in the next few months.